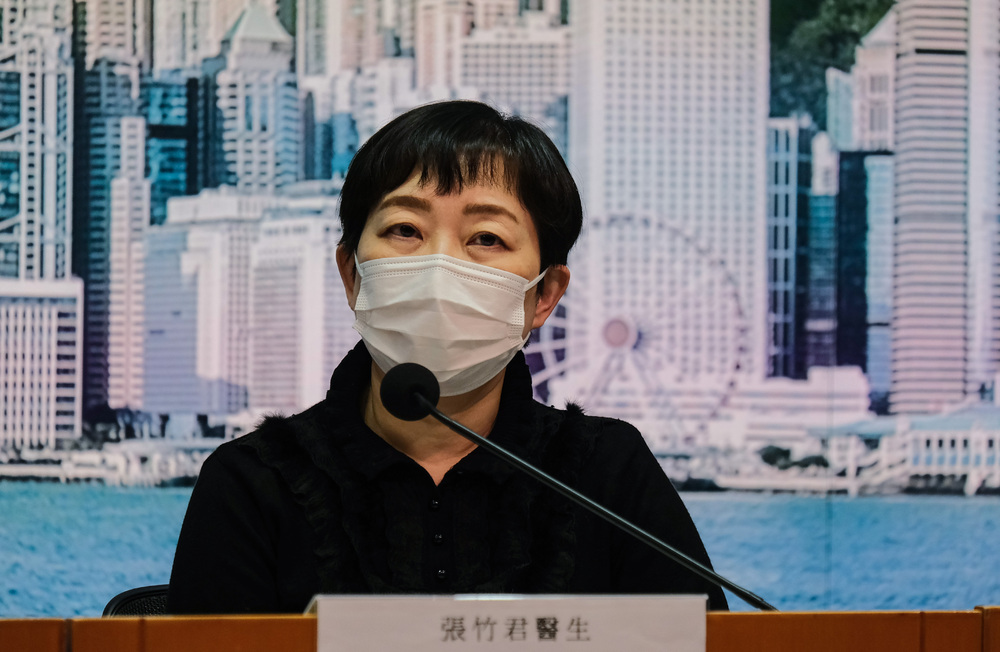 Hong Kong has recorded 16 new confirmed Covid-19 cases - 12 local and four imported – bringing the tally to 10,813 cases, according to the Centre for Health Protection.
Among the 16 patients were 11 men and five women, aged between 29 to 72 years. There were also ten preliminary positive cases today, with three of them having unknown sources of infection.

Chuang Shuk-kwan, head of the Centre for Health Protection's Communicable Disease Branch, said of the local cases today, two of them were linked to previous local infections and the other 10 with untraceable sources.

The four imported cases were two returnees from Pakistan and the other two from the Philippines and Austria.

Chuang said the two cases linked to previous local infections today are from the Kwai Chung Fire Station cluster, showing signs of an outbreak. Authorities have since included the fire station in the compulsory testing notice requiring all personnel within the station to undergo Covid testing.

Among the 10 patients were a construction worker and a chef at a siu mei restaurant, 50 and 20 of their close contacts were put under quarantine respectively.

Chuang also added that the three preliminary positive case with unknown source of infection include a housewife who lives in 88 Square in Tai Po and a staff who works at Royal Legend in Tin Hau.