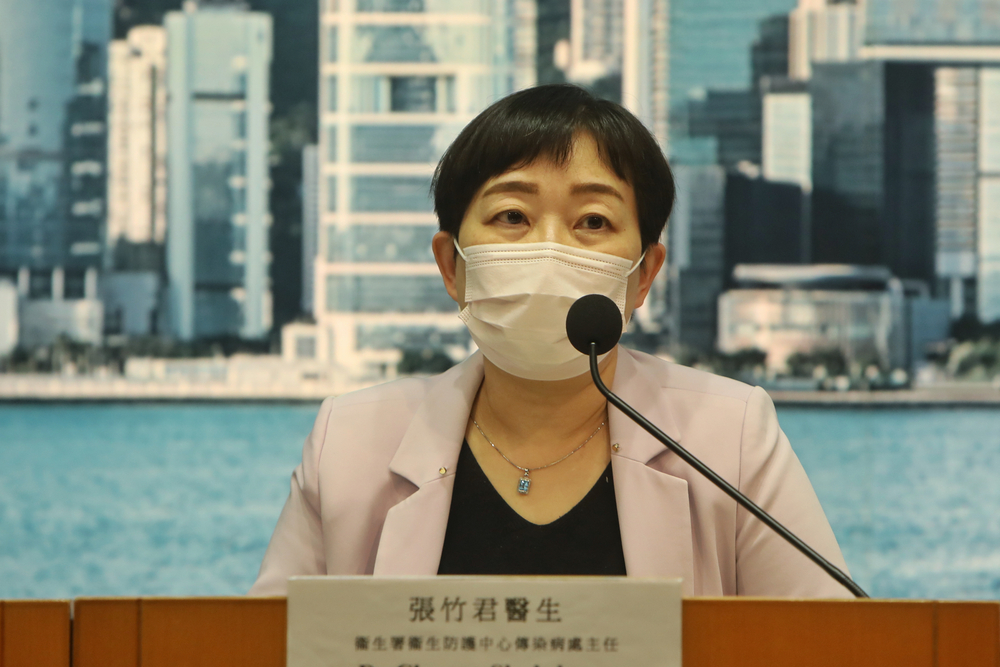 Hong Kong has recorded 13 new confirmed Covid-19 cases – 10 local and three imported – bringing the tally to 11,364 cases, according to the Centre for Health Protection.
There were also fewer than ten preliminary positive cases today.

Chuang Shuk-kwan, head of the Centre for Health Protection's Communicable Disease Branch, said of the local cases today, six of them were linked to previous local infections and the other four with untraceable sources.

The three imported cases today were returnees from the Philippines and Indonesia.

Chuang said among the four patients with untraceable source of infection is a 23-year-old man who works on the 12th floor of Grand Central Plaza Tower 2 in Sha Tin. He last worked on March 16 and had a fever a day later. He lives in Mei Chun Court of South Horizons in Ap Lei Chau.

Four of his family members were previously infected in February, the man had also been put under quarantine from February 3 to 18, however, his test results came back negative at that time.

Chuang said his source of infection remains unknown, not knowing if he contracted the coronavirus from the quarantine camp, his workplace or home.

The second patient with untraceable infection is a 62-year-old housewife who lives in Ping Yan House of Ping Tin Estate in Lam Tin. She had been to the “Chiu Fook” seafood restaurant in Kai Tin regularly. There is also another preliminary positive case who also went to the restaurant previously. Authorities have ordered the restaurant to close for disinfection.

The remaining two patient include a 36-year-old man who lives in Tower 9 of La Splendeur Lohas Park in Tseung Kwan O. He works at the 5th floor of One Island East in Quarry Bay and had been to a Fitness Center - Joint Dynamics.

While the other patient is a 71-year-old man who lives in Block 6 of Tsui Ning Garden in Tuen Mun.
#COVID-19  #Covid  #Coronavirus
Add Comment