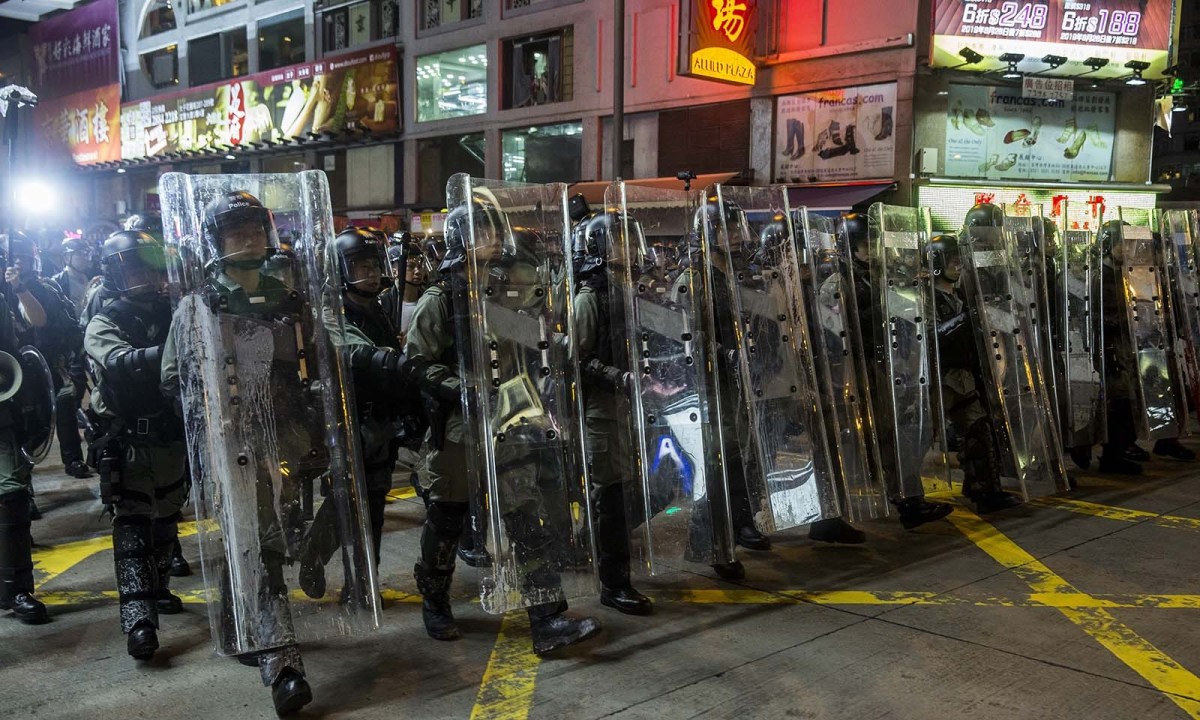 Democratic Party criticizes Chinese officials for only consulting pro-Beijing people for new security law
Hong Kong officials have refused to comment on a media report that the city will set up special detention facilities to detain indefinitely and interrogate suspects arrested under the coming national security law.

One source said the facilities could be similar to the former Victoria Road Detention Centre, known as “white house,” at Mount Davis which was run by the Royal Hong Kong Police Force’s Special Branch under the British colonial government before it was disbanded in 1995.

The source also said in comparison that Singapore could indefinitely detain a suspect under the city-state’s Internal Security Act.

“When we implement what will be required, we will basically be doing what the law actually asks us to do. If the current practice satisfies the requirement, then we will be basically carrying out our duties in that way,” Lee said.

Lee said the human rights of those arrested will be protected as the enforcement work relating to the new legislation will comply with existing laws.

Democratic Party lawmaker James To said it would be inhumane if special agents from the mainland could come to Hong Kong and interrogate suspects under torture in special detention facilities.

To said the details of the national security law, which would only be unveiled after it was passed by the National People’s Congress (NPC) standing committee next week, would show that the Hong Kong government was worse than a military junta in the Third World.

To also criticised Chinese officials for only consulting pro-Beijing people in Hong Kong for the national security legislation, instead of having a public consultation.

On Tuesday, officials of the Hong Kong and Macau Affairs Office (HKMAO) and the Basic Law Committee held at least 12 closed-door consultative sessions with the pro-Beijing camp at the Liaison Office building in Sai Wan.

Over the weekend, Legislative Council president Andrew Leung met HKMAO chief Xia Baolong in a closed-door meeting in Shenzhen. Leung told Hong Kong media on Monday that he had passed on lawmakers’ views about Beijing’s national security law for Hong Kong during this personal meeting.

Seven Democratic Party legislators wrote Leung a letter and urged him to disclose the content of the meeting. They said it was ridiculous that Leung represented the LegCo to meet Chinese officials but he did not allow lawmakers to debate the law in the chamber.

Last Saturday, the NPC standing committee decided to hold a special meeting in Beijing from June 28 to 30.

Xinhua News Agency reported on part of the content of the draft law, which mentioned the establishment of a special branch under the Hong Kong Police Force for law enforcement, a special court with judges appointed by the Chief Executive and a National Security Office under Beijing’s direct control in Hong Kong.

However, the summary did not mention anything about special detention facilities and how long a suspect would be detained.

According to Hong Kong’s current law, police can hold suspects usually for no longer than 48 hours before they are released or granted bail for further investigation.

On Monday, Xinhua published an article with a headline “Hong Kong communities hope the national security law to be implemented as early as possible.”