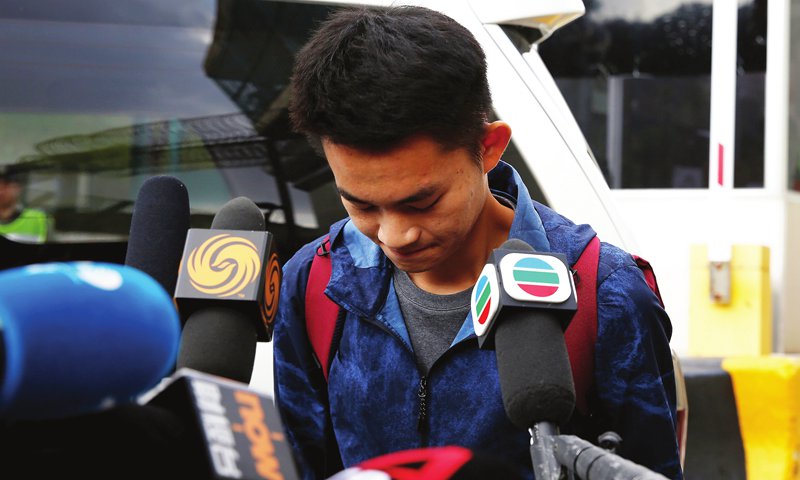 HK murder hopes to surrender to Taiwan in October

Hong Kong murder suspect Chan Tong-kai ̶ whose case lead to the proposed extradition bill that sparked months of social unrest in Hong Kong last year ̶ has notified his lawyer on the island of Taiwan to pave the way for his surrender to accept trial on the island, saying he hopes it could be arranged in October.
Chan said his willingness to surrender to the island of Taiwan has never changed, and he expressed deep sorrow to the parents of the victim, also his girlfriend Poon Hiu-wing, Peter Koon Ho-ming, provincial secretary general of the Anglican church in Hong Kong, told the Global Times on Friday.

The authority on the island of Taiwan also said on Friday that it has established the relevant communication channels with Hong Kong police on Chan’s surrender, and is well prepared for the relevant work.

Koon told the Global Times previously that due to various reasons (such as the COVID-19 pandemic), the surrender of Chan, the Hong Kong man who killed his girlfriend in Taipei and was released from prison last October for money laundering, had been suspended for some months, and Koon wanted to fly to Taiwan to discuss the upcoming procedures with Taiwan lawyers as soon as the travel restrictions between Taiwan and Hong Kong are lifted.

Lam said Chan is a free man under Hong Kong law and there is nothing more they can do under the current judicial system, while expressing sympathy and condolences to the parents of his victim, Poon Hiu-wing.

Lam said she learned from Koon that Chan feels guilty and is willing to bear legal responsibility.

Only after Chan surrenders himself and accepts the punishment of the law can he really become a free man, Koon said.
#COVID-19  #Covid
Add Comment