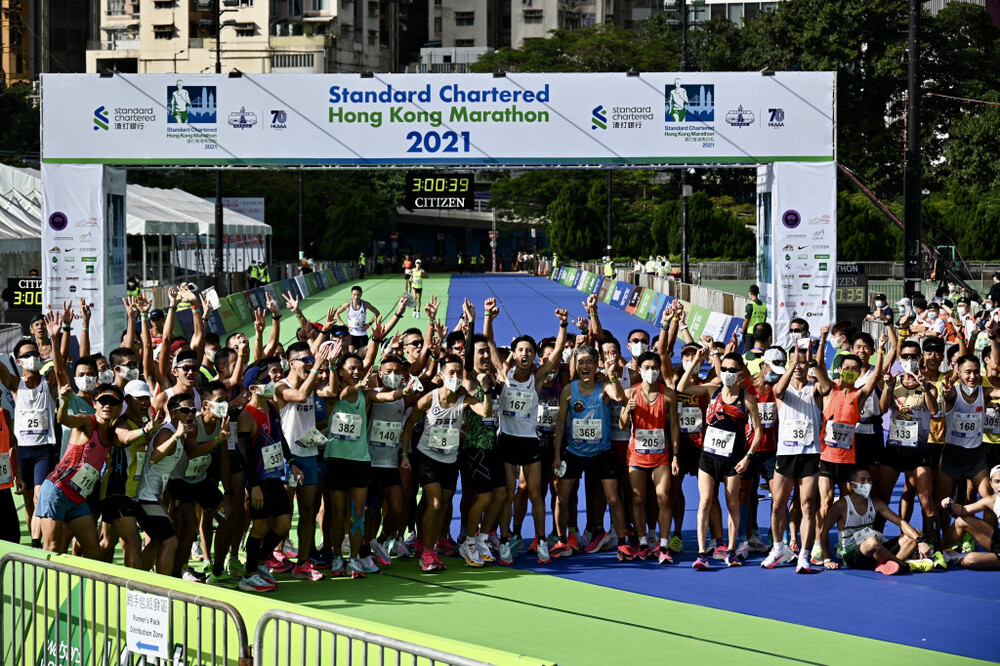 HK Marathon to be held on February 12: Athlete Association

The 2022 Hong Kong Marathon, scheduled to be cancelled, will be held on Sunday, February 12, 2023.
Hong Kong Association of Athletics Affiliates, the Standard Chartered Hong Kong Marathon organiser, announced Tuesday to postpone the race to next year “after constructive discussion with relevant parties over the last few days”.

The announcement came after Chief Executive John Lee Ka-chiu said in a press briefing this morning that he hoped officials would discuss with the Association rescheduling the race.

“The government has always maintained a clear position to facilitate holding sports events,” said Lee, “we feel disappointed that the organizer made the decision before the government’s reply.”

The Standard Chartered Hong Kong Marathon was announced last Friday cancelled since it “had no choice” by failing to get the government’s approval in time amid the Covid-19 epidemic.

In a radio program yesterday, Commissioner for Sports Yeung Tak-keung said authorities were willing to assist the Association and discuss whether to hold the race as scheduled or postpone it.

Christy Yiu Kit-ching, a Hong Kong female marathon athlete, had said that the cancellation was “a strike to runners,” saying many of them have turned to races overseas.
#COVID-19  #Covid
Add Comment