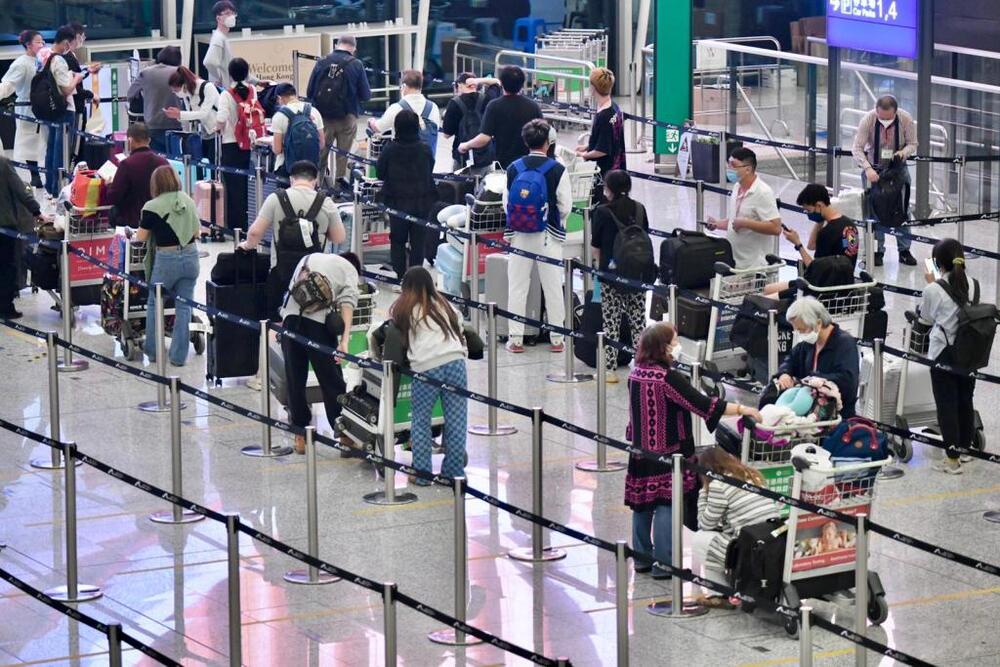 Hong Kong reported 329 new Covid-19 cases on Tuesday as another suspected Omicron BA.2.12.1 case was detected at Convention and Exhibition Centre.
Among the new cases, 114 were confirmed via PCR tests, and 215 were positive rapid antigen test results reported by citizens. The overall caseload of the fifth wave now exceeds 1.199 million.

Thirty-five of the new cases were imported from overseas, including 19 detected at the airport and 16 tested positive in quarantine hotels.

Chuang Shuk-kwan, head of the communicable disease branch at the Centre for Health Protection, reported another suspected Omicron BA.2.12.1 case, a warehouse worker at the Convention and Exhibition Centre.

The worker did not go to work after May 26. His job was more about cleaning goods, and he did not come into contact with the public. He reported visiting the staff canteen for breakfast but had nothing to do with exhibitions.

In addition, BA.5 added one more case imported from the United Kingdom, while BA.2.12.1 had six more imported cases.

Iron Fairies & J. Boroski, located on the LG floor of ChinaChem Hollywood Centre in Central, added 10 cases, taking the total of infections of the cluster to 32. Zentral, a bar located at California Tower in Central, added four more cases, amounting to 27 guests.

As for schools, 27 cases were reported by 24 schools, including 20 students and seven teachers.

One of the schools reported two staff members and a student being confirmed several days ago. The student had gone to the campus from May 24 to May 26, and a staff member reported testing positive on May 27. The school started teaching online on May 25 and will resume face-to-face classes tomorrow.

No new Covid-related death was reported on Tuesday, and the overall death tally of the fifth wave of the pandemic remained at 9,165.