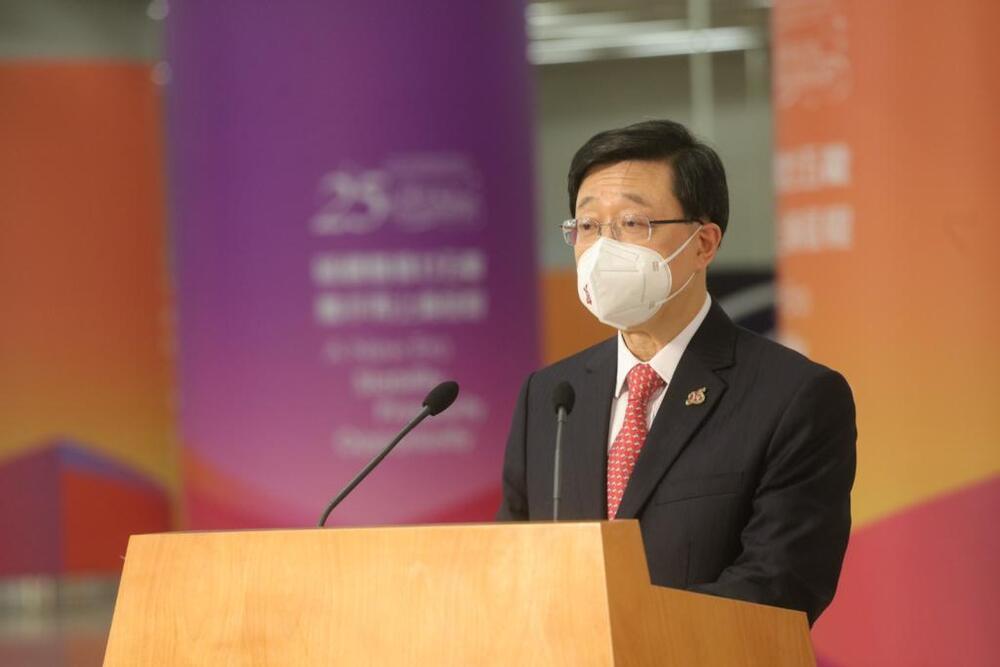 Chinese President Xi Jinping has given a clear route to Hong Kong's future, Chief Executive John Lee Ka-chiu said, as he added that it would be the leaders' responsibility if the housing supply could not meet the goal.
This came after Xi talked about his four wishes for Hong Kong during his recent visit to the city.

Speaking on a TV program, Lee said a responsible government should help the citizens to solve the problems, and if the housing supply does not meet the target, it was the responsibility of not only front-line civil servants but also the leadership.

"If I can't do that, then I won't be allowed to waste time on the position," he said. "This is also the purpose of the accountability system."

Lee also said he was discussing relevant arrangements with the mainland authorities to have limited quarantine-free travel between Hong Kong and the mainland, but he could not reveal the details at this stage.

The chief executive also said quarantine requirements for international arrivals to Hong Kong could be adjusted to reduce inconveniences.

He stressed that there needs to be a reduction in the number of daily infections and that Hong Kong should carry out more laboratory nucleic acid testing for Covid because it’s a reliable way to detect infections, but there is no immediate need for a universal compulsory Covid testing campaign in the city.

Separately, Lee said the legislation of Article 23 of the Basic Law is inevitable but stressed that it must be "effective" to deal with the risk of serious harm to national security.

He said the legislation needed adequate legal research and he did not want it to be revised from time to time after legislation. He added that he would also consider the changes in the international situation, to put into account whether there were new national security risks, and time is not the most urgent consideration.

Asked whether he would focus on social development first and postpone the legislation of Article 23, Lee said according to the experience of 2019, national security risks were sudden, but agreed to review the situation and examine when to achieve the best balance.

He mentioned that it worthed to refer to the laws of countries that follow the Common Law but will also consider the practices of other countries.
#Covid
Add Comment