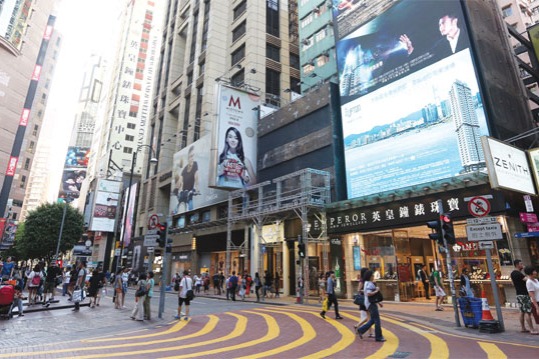 The relationship between the three branches of power in the Hong Kong Special Administrative Region has generated heated debate within the community.
Emphasizing the executive-led nature of the governance system in Hong Kong, Chief Executive Carrie Lam Cheng Yuet-ngor said that although the chief executive is the head of the leadership core of the SAR, this does not mean the chief executive or any department of the executive branch is allowed to interfere in judicial affairs or pervert the course of justice.

This is the fundamental principle of the rule of law. For their part, judicial institutions are also responsible for upholding the law and ensuring a fair trial. The onus is on the judges to not give the public the impression that they deliver politically biased or apparent double-standard verdicts.

Unfortunately, there have been several verdicts that the public felt were unfair or questionable. This, together with the way the judiciary handled some issues, has raised widespread public concern over the impartiality, transparency and professional integrity of judges.

The public is deeply concerned about several court cases in which defendants charged with rioting were granted bail despite showing a strong likelihood that they would jump bail, which more than one of them did.

A few judges also exhibited unsettling prejudice against the police by accusing the arresting officers of "exaggeration and even possible fabrication of evidence". The judges in question repeatedly rejected the evidence presented by the police and set the suspects free.

They have also been accused of demonstrating undue leniency in handing down verdicts on defendants charged with protest/riot-related offenses, compromising any desirable deterrent effect.

By doing so, they gave rise to public criticism such as "police arrest; judges release".

In theory, judges must not take political sides in a court of law, but in Hong Kong many members of the public now see some judges as "yellow judges" who practice political favoritism for offenders from the opposition camp.

In late April, District Court Judge Kwok Wai-kin expressed sympathy with a defendant who was charged with common assault, causing injury for trying to stop some protesters from posting political posters in a public place, and praised his "impeccable character".

The judicial authorities suspended Kwok from handling similar cases after members of the opposition camp launched a complaint against him.

In another court case where a teenager was charged with attempted arson for throwing two gasoline bombs on a road late at night to vent his anger, Magistrate Kelly Shui described the defendant as an "outstanding youth "who "loves Hong Kong dearly".

Meanwhile, Magistrate Stanley Ho Chun-yiu lauded defendants who are members of a separatist group as "future pillars of Hong Kong" and told them to "take good care of themselves" for the sake of their cause.

Clearly, both Shui and Ho showed their political preference when adjudicating in court. But they have not been reprimanded by the judicial authorities. Ho has even been promoted to the High Court as a temporary deputy registrar in charge of assigning cases to judges. The post comes with a much higher salary as well.

Chief Justice Geoffrey Ma Tao-li, who heads the Court of Final Appeal, has emphasized several times that judges have to avoid expressing political views on controversial topics or they risk compromising their impartiality.

Nonetheless, a spate of controversial court rulings over criminal offenses with political excuses in recent months have left many people wondering how much of Ma'sconviction toward judicial impartiality holds true.

In Hong Kong, it is an established tradition to respect and trust the judiciary in upholding the rule of law. In the past, thanks to the long-standing practice of adjudication in accordance with the law, controversial court rulings were few and far between.

However, the above-mentioned cases and episodes have undermined the authority and credibility of the judiciary, as well as shaken public confidence in judicial impartiality and judicial independence.

The use of labels such as "yellow judges" and "blue judges", which are essentially political labels, is a warning sign that the judicial apparatus cannot afford to overlook if it is sincere in defending judicial independence.

It's time the judicial authorities and individual judges got off their high horse and proved they honestly uphold the spirit of rule of law and deserve public respect, trust and support.

The first and foremost task is to set up an effective mechanism to prevent any politically biased judges from letting their personal political beliefs interfere in their rulings.