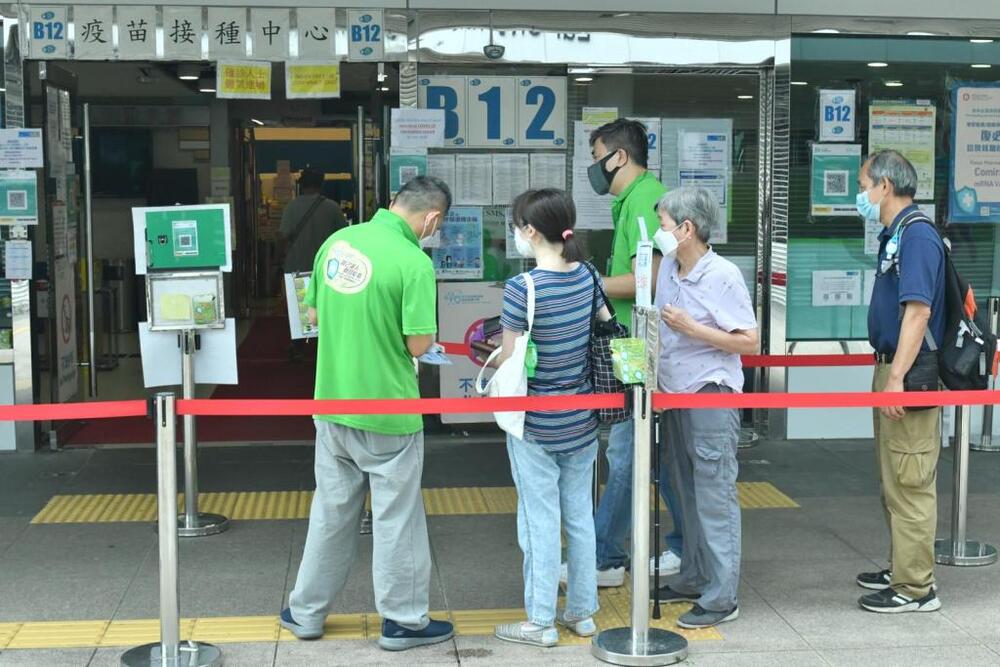 Hong Kong reported 228 new Covid-19 cases on Saturday as the city is now hit by the growing local outbreak clusters and new Omicron variant brought by imported cases at the same time.
Among the new cases, 103 were confirmed via PCR tests, and 125 were positive rapid antigen test results reported by citizens.

The Centre for Health Protection's principal medical and health officer Albert Au Ka-wing also reported 16 imported cases, including five detected at the airport. They arrived from the U.S., Singapore, Thailand, Vietnam, and Indonesia.

The other 17 cases were identified at quarantine hotels, and they tested positive between the third and seventh days of the arrival.

Au noted that three students from the same secondary school class in the Southern district were infected. One of the infections was confirmed earlier, while the other two students last went to school Wednesday.

They took a day off Thursday and tested positive Friday. Au described it as a tiny outbreak cluster and said the three had physical contact during classes only.

The outbreak cluster originated from Lan Kwai Fong Hotel; one out of 15 environmental samples collected tested positive for Covid. In contrast, the result for another sample returned indeterminate. As a result, all hotel staffers and residents have been arranged to conduct PCR tests.

The cluster at Tam Jai Sam Gor Mixian on Queen's Road Central also added three more cases who are students of Benchmark training center. So, the cluster now sees a total of eight patients, and seven of them were from Benchmark.

Benchmark also developed its own cluster, which saw 19 students and two staffers infected. Four of the students went to the Tam Jai Sam Gor on May 13 and tested positive on Thursday.

The center also identified 10 more cases carrying the BA.2.12.1 Omicron subvariant, including five men and five women aged between 22 and 44. They arrived in Hong Kong between May 11 and 18. So far, the city has seen a total of 56 cases of the Omicron subvariant.

Two other cases involving the BA.4 Omicron variant were reported as well. They were two men arriving from the U.S. and Mexico. A total of 11 BA.4 Omicron cases were logged in Hong Kong.

Lau continued that public hospitals and treatment facilities are now housing 533 patients. Ten are in critical condition, 10 in serious condition, and three are staying in hospitals' intensive care units.

In the past 24 hours, 84 patients recovered from Covid, and 68 of them have been discharged.
#COVID-19  #Covid
Add Comment