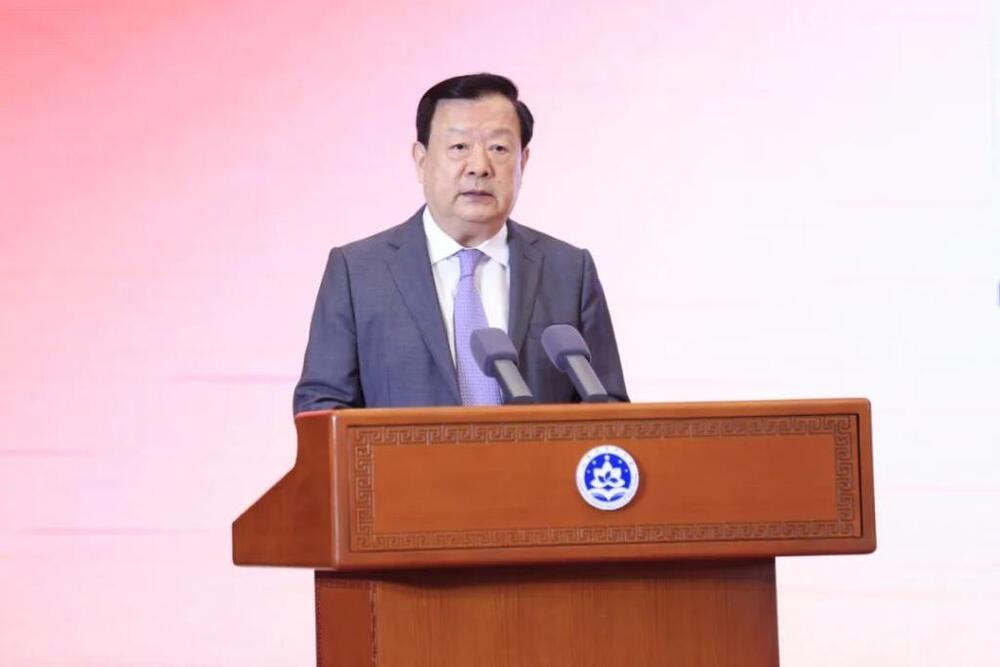 Hong Kong and Macau residents should be vigilant against anti-China troublemakers and determined to tackle them, Hong Kong and Macau Affairs Office director Xia Baolong said in a seminar studying the spirit of Chinese President Xi Jinping's speech.
Xia said Xi's speech profoundly revealed the successful implementation of "one country, two systems" in the past and how to achieve greater success in the future.

He said Xi's remarks on safeguarding national sovereignty, security and development interests were the highest principle of the "one country, two systems".

He said "one country" is the root, without the country it is impossible to achieve "two systems". Therefore, all residents of the SAR should consciously respect and protect the fundamental system of the country.

"The central authorities firmly support the implementation of an executive-led system in Hong Kong, the healthy interaction between the government and legislature, and the independent exercise of judicial power by the judiciary in accordance with the law."

Therefore, all Hong Kong and Macau citizens should be on guard against anti-China disruptors and resolutely fight against them all. Xia said, "We should be determined to tackle external forces from the United States and other western countries to protect Hong Kong and Macau."

He added that "maintaining Hong Kong's unique status and advantages" was Xi's wish, which showed how much importance and love is given to Hong Kong. "The implementation of 'one country, two systems' is an important strategic consideration, a long-term strategy."

Lau Siu-kai, vice-president of the Chinese Association of Hong Kong and Macau Studies, said Xia's words meant that he believed Hong Kong may face escalating pressures from western countries in the future. And Xia hoped that people would believe the central government and the SAR government can resist foreign power on behalf of the city.

Chief Executive John Lee Ka-chiu said after attending the seminar that Xi's speech will be the main direction of his administration in the next five years.

"I wanna tell everyone that Hong Kong should be confident," Lee said. "President Xi also said Hong Kong has never been absent from the development of the country, so Hong Kong will contribute to the great rejuvenation of the Chinese nation."
Add Comment