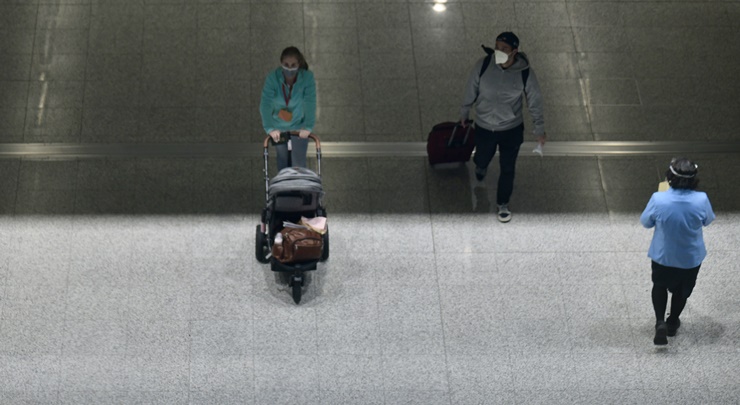 The health authority reported that they have detected seven more cases involving the Omicron variant on Friday and five imported cases, including the airport toilet cleaner who triggered the Tuen Mun lockdown.
The seven Omicron cases involved three men and four women aged 18 to 61, who were reported as imported cases on Monday and Wednesday.

So far, there are 41 Omicron cases reported in the city.

On the other hand, the five imported cases involved two men and three women and 20 to 64, including the airport toilet cleaner who triggered the lockdown at On Hei House, Siu Hei Court in Tuen Mun on Thursday night.

The lockdown was lifted on Friday morning, and no residents tested positive for Covid.

The cleaner had received two doses of the Sinovac vaccine in Hong Kong on July 10 and August 10. He developed symptoms on Wednesday.

Two female patients aged 20 and 25 arrived in Hong Kong on Monday, the former from Germany and Ireland on flight LH796 and the latter from Australia on flight CX100. They had received two doses of BioNTech vaccine, in July and May, respectively.

The remaining two cases involved a 46-year-old man and another 25-year-old woman arriving on Wednesday on flight ET608. They traveled from Ghana and Nigeria, respectively, via Ethiopia.

A total of 72 cases have been reported in the past 14 days, and all of them are imported cases.