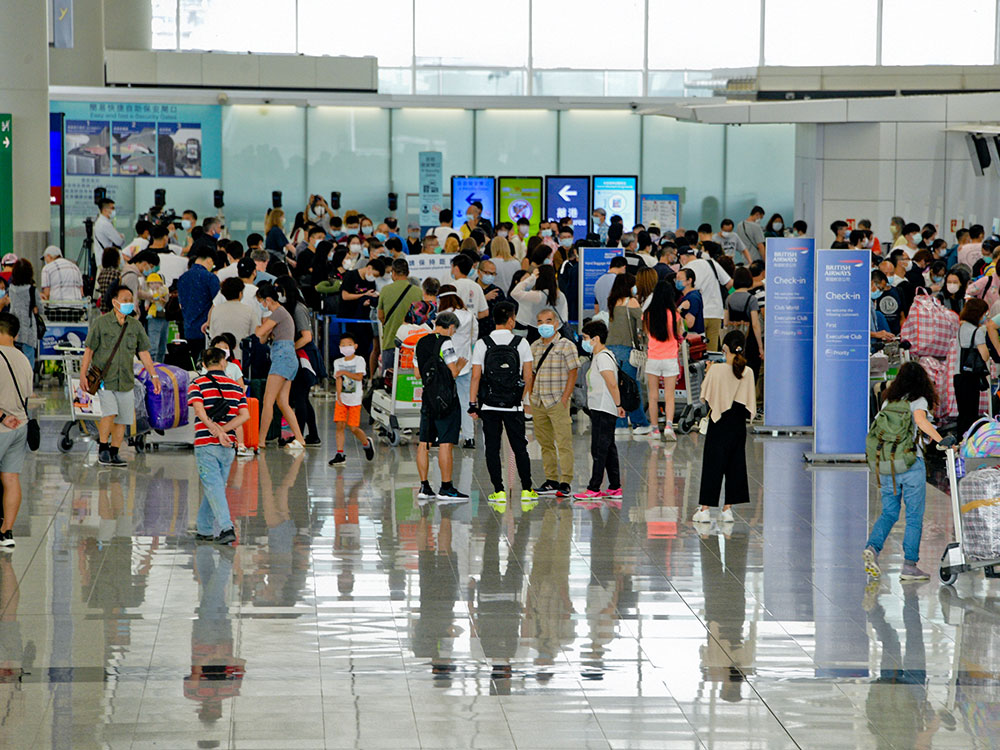 A new and likely more infectious Covid-19 mutant variant was detected from the two imported cases involved in the Regal Airport Hotel transmission case, health authorities said on Thursday.
Health experts earlier suggested airborne transmission after inspecting the Chek Lap Kok hotel, saying a patient spread the virus to another person living across the corridor through the air.

The Centre for Health Protection on Thursday said further genetic analysis has detected a new Covid mutant variant B.1.1.529 from the two patients.

The center added that the sequences are similar to those found in South Africa and Botswana, and suggested that the index case was the 36-year-old man who arrived in Hong Kong from South Africa.

A total of 12 persons, who lived in the three rooms to the left and to the right of the two patients in the hotel during November 11 to 14, have been sent to Penny's Bay Quarantine Center to undergo compulsory quarantine for 14 days.

So far no related case was detected.

Apart from the baby girl, the other five patients had received two doses of Covid-19 vaccine before.

The baby girl and a 17-year-old girl traveled to Hong Kong on Sunday on flight EK384. The baby traveled from Bangladesh via the United Arab Emirates while the teenager traveled from Thailand.

On the other note, the landing of Nepal Airlines' passenger flights from Kathmandu will be banned from tomorrow (Friday) to December 9, the center said.