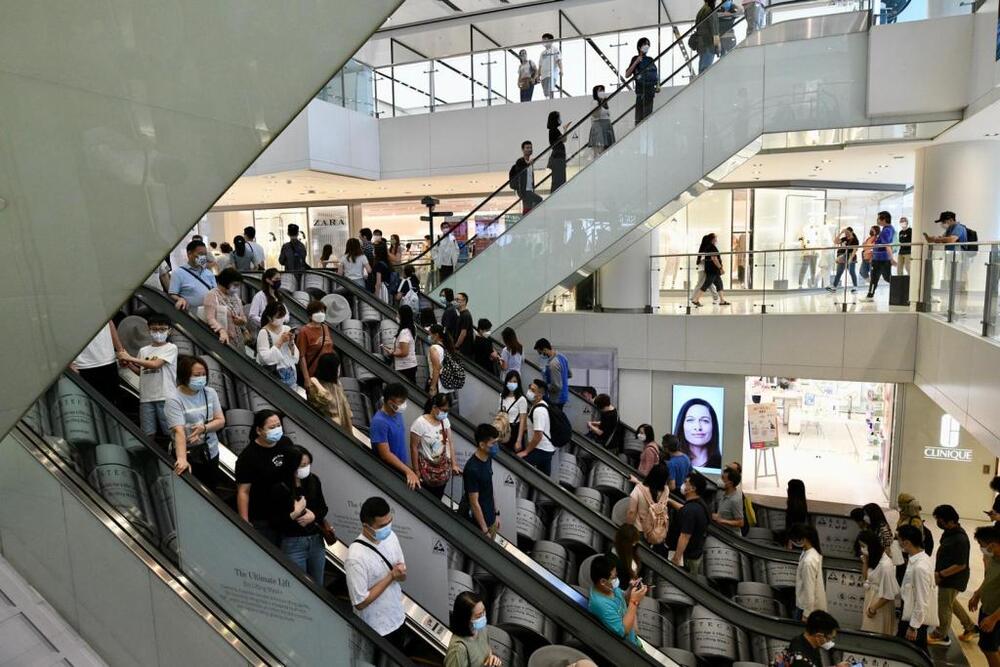 Hong Kong reported 190 new Covid-19 cases on Monday, as health authorities probe the Quarry Bay McDonald's cluster that may involve the Omicron BA.2.12.1 variant.
Among the new cases, 94 were confirmed via PCR tests, and 96 were positive rapid antigen test results reported by citizens. The Centre for Health Protection’s Chuang Shuk-kwan said the tally of the fifth wave of the pandemic now exceeded 1.197 million.

She started coughing on May 17 and was admitted to the North Lantau Hospital after tested positive on May 19 in a mandatory test. Four places visited by her, including McDonald's on Yee Wo Street, Fairwood at Causeway Centre in Wan Chai, Malacca Cuisine in To Kwa Wan and Tao Heung Tea House in Mong Kok, were subject to compulsory testing.

Another case was a 67-year-old man who lived in Block 6 of Po Yang Mansion in Quarry Bay. He visited the McDonald's at about 11am on May 13, sitting at a round table near the door, and did not dine out during the infectious period.

Chuang said the government is concerned about the spread of the virus within the restaurant and has been there for investigations.

When asked about the seats of the cases, Chuang said the new cases and the family of three confirmed earlier all were sitting at round tables, whereas the previous female patient who carried the BA.2.12.1 variant reported sitting at a higher bench and long table.

The exact distance between them was still to be investigated by the authorities, and whether the family was infected with BA.2.12.1 was pending the results of a full genetic analysis.

Chuang also added 28 imported cases, of which 19 were detected via the "test and hold" arrangement at the airport. The other nine cases were identified at designated quarantine hotels between the third and seventh day upon arrival.

As for schools, 21 new cases were reported by 20 schools, involving 19 students and two teachers. Three schools had seen two or more cases in the past seven days.

Hospital Authority's chief manager Larry Lee Lap-yip said there was no Covid-related death on Monday, so the city's death tally stood at 9,157.