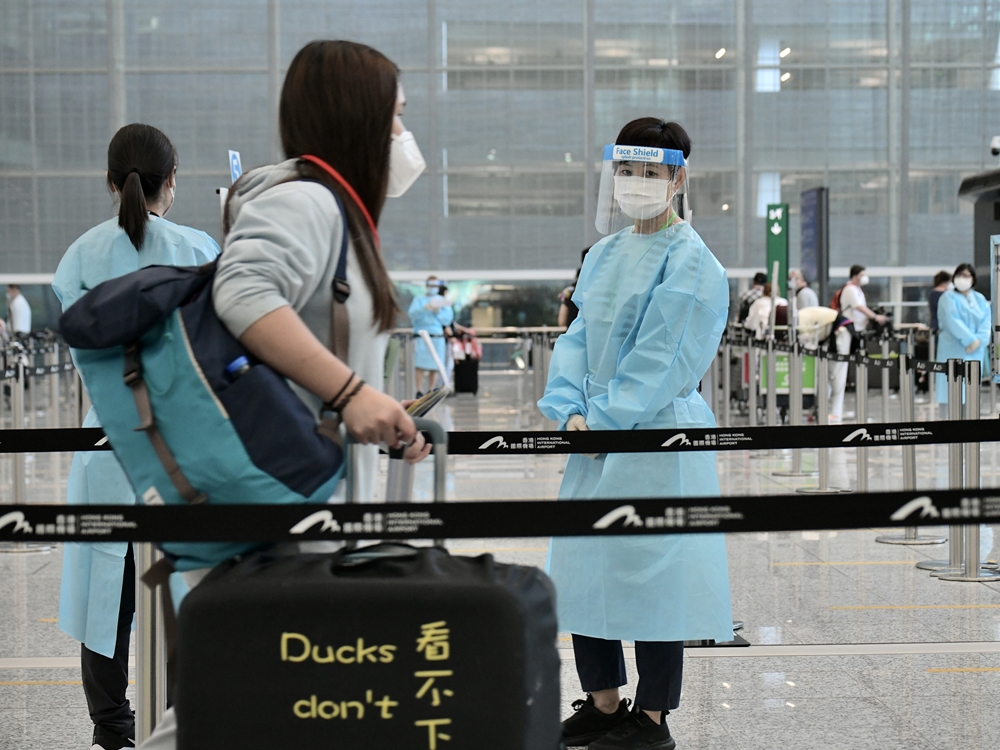 Health authorities reported three imported cases on Saturday and reminded residents at Harbour Pinnacle on Minden Avenue in Tsim Sha Tsui to undergo compulsory testing by Sunday (Nov 21).
The first patient is the 31-year-old foreign domestic helper who tested preliminarily positive to Covid on Thursday. She arrived from the Philippines on October 23 on flight 5J272 and had received a dose of Janssen vaccine there on July 23.

She had stayed at Way Man Court on Village Road in Happy Valley, and the building was on lockdown on Friday evening. None among some 130 residents there tested positive.

A second patient is a 62-year-old man; he arrived on November 10 from Canada on flight AC007 and underwent quarantine at Regal Airport Hotel in Chek Lap Kok. He received two doses of the BioNTech vaccine in Hong Kong on April 29 and May 25 and developed symptoms on Wednesday.

The last patient is a 48-year-old man who arrived from Pakistan via Turkey on flight TK083 on November 6. He received two doses of AstraZeneca vaccine in Pakistan on May 18 and July 25 and underwent quarantine at Silka Far East Hotel Hong Kong in Tsuen Wan.

Health authorities also reminded residents and people who had stayed for more than two hours at Harbour Pinnacle on Minden Avenue in Tsim Sha Tsui to undergo compulsory testing by tomorrow (Nov 21).

A total of 36 cases have been reported in the past 14 days, and all of them are imported.