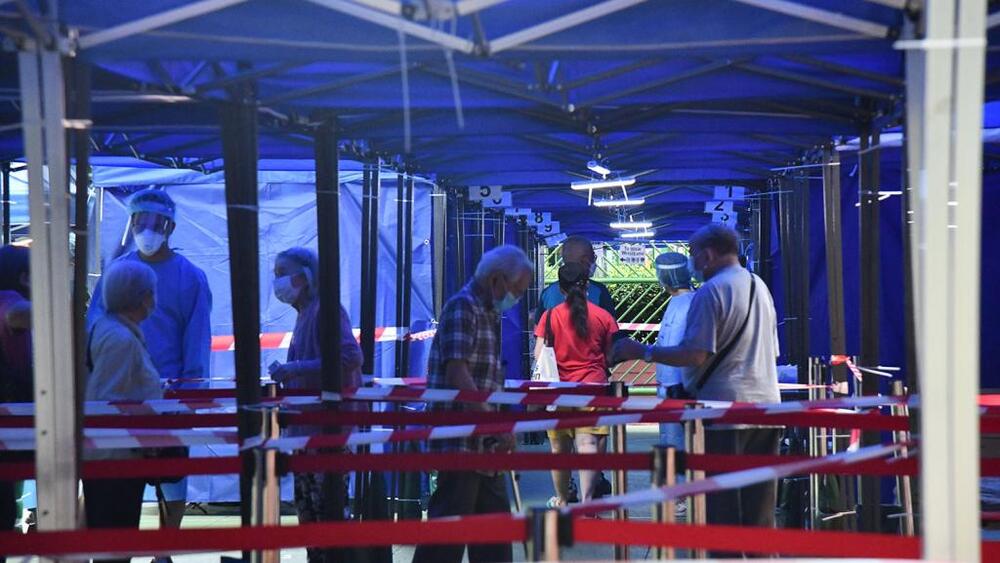 Hong Kong health authorities said the rising confirmed Covid-19 cases have not yet reached the peak as the city reported 4,276 new infections on Tuesday.
Among the new cases, 3,975 were locally transmitted, while the other 301 infections were imported, including 182 detected at the airport, 92 at quarantine hotels, and 27 in local communities after the patients completed seven-day isolation.

Chuang Shuk-kwan, head of the Centre for Health Protection's communicable disease branch, said the real-time effective reproductive number for local cases has reached 1.3, and there is no sign of a decline in the pandemic. Therefore, the number of cases has not yet reached its peak.

She said the government did not want to further tighten social distancing rules, nor is there room for relaxation.

She called on the public to seek medical help as soon as possible if they felt unwell. She said there are cases of elderly people who have not reported a positive rapid test result, urging them to use the government's measures. Family members could help with the report or call 1836119 to seek help.

The center was also informed of 524 positive cases from 387 schools involving 447 students and 77 teachers and staffers. Eleven schools had classes suspended for a week after the students and teachers caught Covid.

Public hospitals and treatment facilities are now housing 1,425 Covid patients. Among them, 31 are in critical condition, 17 are in serious condition, and seven are in hospital intensive care units.