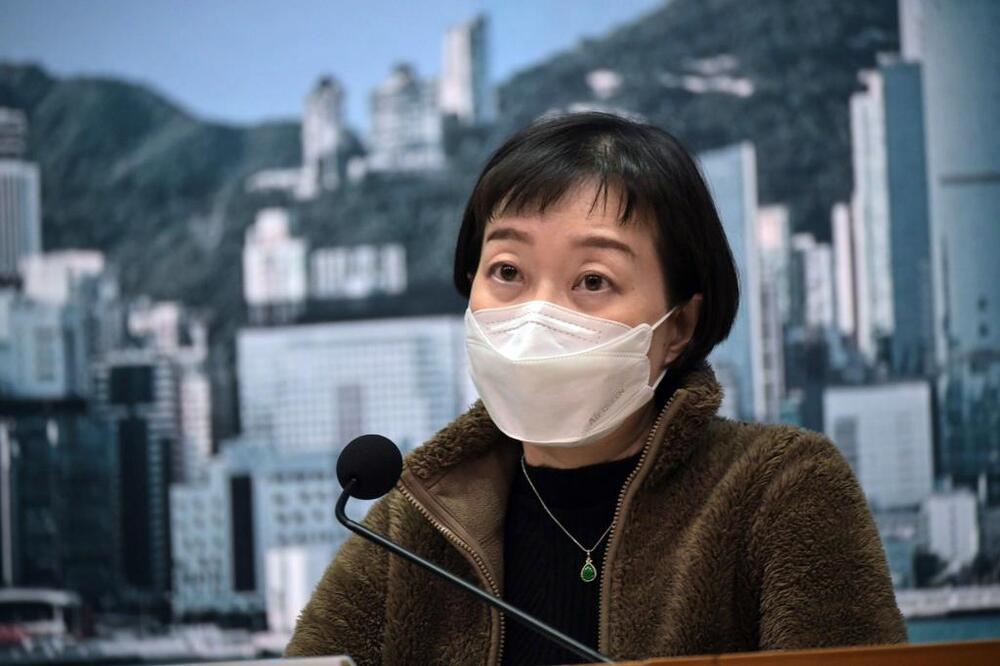 Hong Kong's daily Covid-19 caseload dipped below 5,000 again at 3,706 on Sunday, as officials iron out details to allow more private doctors prescribe Covid-19 oral drugs to patients for free.
Among the new cases, 1,832 were confirmed via PCR tests, and the other 1,877 were positive rapid antigen test results reported by citizens, according to Chuang Shuk-kwan from the Centre for Health Protection.

She continued that among the cases confirmed via PCR tests, 10 were imported from overseas, including six that arrived on Saturday by KE607 from South Korea, TG600 from France, QR818 from the Netherlands and Switzerland, SQ894 from Singapore, and EK384 from Thailand.

Hospital Authority's chief manager for patient safety and risk management, Sara Ho Yuen-ha, reported 96 deaths logged by public hospitals in the past 24 hours, including 49 men and 47 women aged between 43 and 109.

Among them, 51 were residents of residential care homes, 90 were elderly aged above 65, and 59 had no vaccination record. The death tally of the fifth wave now stands at 7,959.

Ho reported another 15 deaths aged 38 to 99 between March 1 to April 1 due to lagged results. The 38-year-old had suffered from cardiovascular disease and hyperthyroidism. She fell into a coma at home and underwent cardiopulmonary resuscitation. The case was to be followed up by Coroner's Court.

She said the HA agrees that private doctors should first support high-risk groups in the community, including the elderly, children aged under 5 and patients with chronic diseases. The private doctors cannot charge the patients for the drugs.

"The government is upgrading its computer system to allow private doctors to register the information of patients who are prescribed Covid drugs,” she said.

As of yesterday, the HA has prescribed 23,000 doses of Covid oral medication, or about 15 percent of available stock.

As for proprietary Chinese medicines, more than 120,000 boxes have been distributed via HA facilities.

She added that the authorities have set up additional facilities to reduce the pressure on hospitals, calling on the public to make good use of the oximeters distributed by the government. Those who get a reading of 94 percent or lower are advised to seek medical attention.

"Citizens should go to the emergency department as soon as possible if they are suffering from breathing difficulties, or noticed any eating issues with children,” she advised.
#COVID-19  #Covid
Add Comment