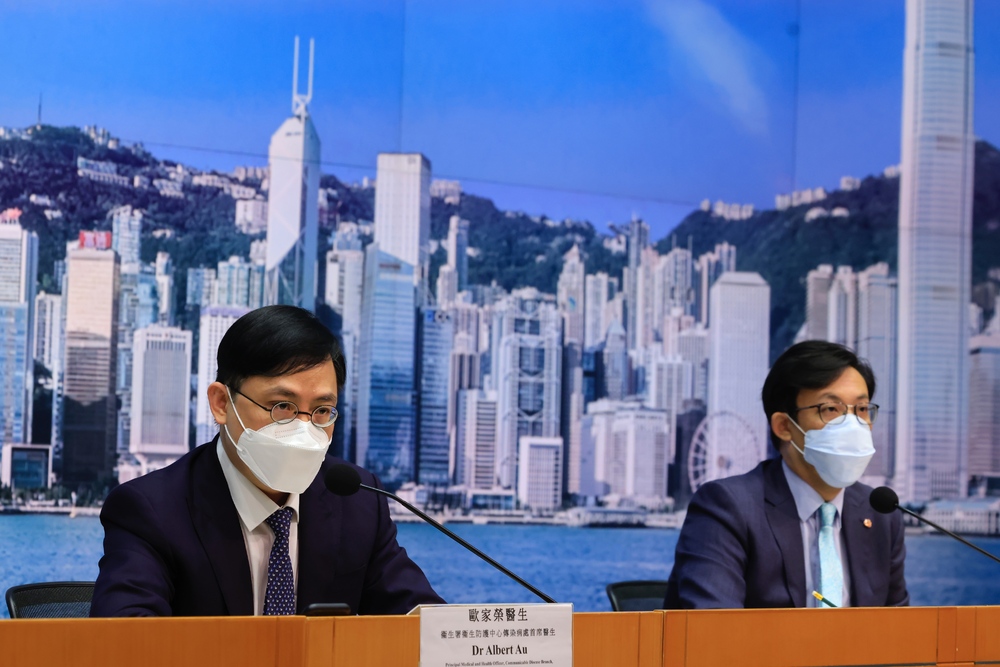 Hong Kong reported 251 new Covid-19 cases on Thursday as health authorities are continuing their epidemiological investigation to see if the Omicron variant BA.2.12.1 has entered local communities.
Among the new cases, 111 were confirmed via PCR tests and 140 were positive rapid antigen test results reported by citizens. The overall caseload of the fifth wave now stands at 1,198,707.

The Centre for Health Protection's principal medical and health officer Albert Au Ka-wing also reported 36 imported cases. Twenty-three patients from Singapore, Thailand, the U.S., the U.K., Taiwan and other countries were identified at the airport, while the other 12 cases at quarantine hotels.

The center was informed of 20 cases reported by 19 schools, including 13 students and seven teachers and staff members.

The outbreak cluster at St. Catherine's International Kindergarten in Kowloon Tong added two cases. One of the two students last went to school on Tuesday and tested positive on Wednesday. Five teachers and 27 other students in the same class all tested negative.

Another student was from the morning class where the outbreak first emerged. The student last went to school Friday last week and developed symptoms on Monday. Other family members all tested negative. The kindergarten cluster now reports nine infections so far.

On the other hand, the cluster at McDonald's in Cityplaza in Tai Koo Shing added another infection, involving a 99-year-old woman. She had never been the the McDonald's branch but lives at the same building as a 76-year-old woman who visited that branch.

The 99-year-old woman lives with a foreign domestic helper at Block 6 of Richland Gardens in Kowloon Bay and her infection was identified during the lockdown on Thursday last week .She is now recovering and tests negative already.

The cluster now sees 11 cases, including nine diners, a diner's friend and the 99-year-old woman.

Lee added that public hospitals and treatment facilities are now housing 447 patients and reported two more critical cases. So far, 11 patients are in critical condition, nine are in serious condition and five are staying in hospitals' intensive care units.