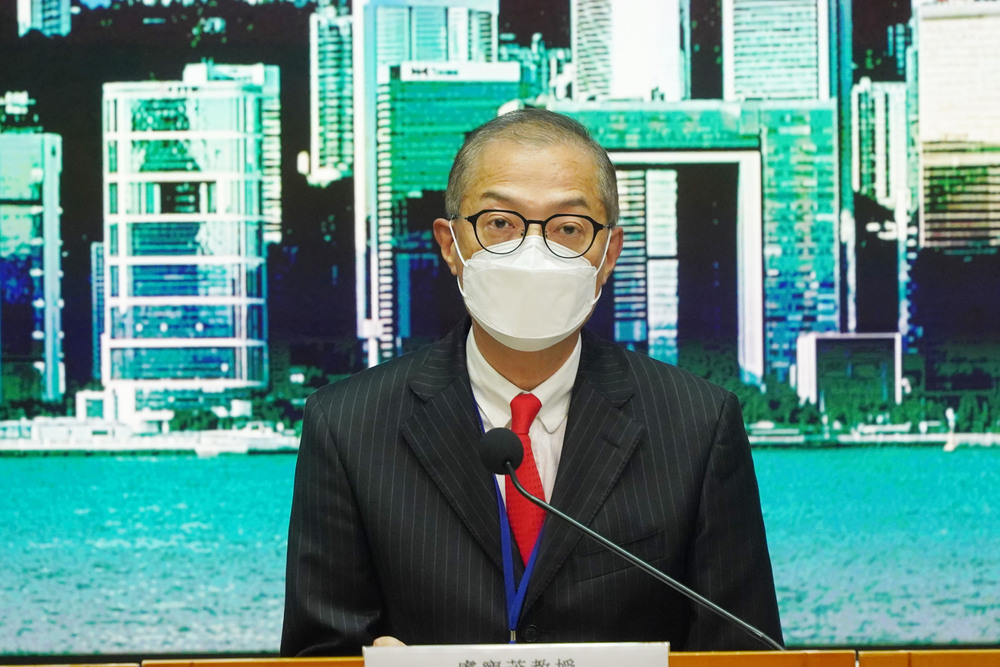 Secretary for Health Lo Chung-mau explained the government canceled the flight ban mechanism to prevent the importation of overseas Covid cases more accurately, as the city reported 2,945 new patients on Friday.
Among the new cases, 2,748 were locally transmitted, while the other 197 infections were imported cases. The caseload of the fifth wave now stands at 1,252,436.

Seventy-four of the imported cases were detected at the airport, including 63 cases from the UK, and 97 cases were identified in quarantine hotels. The remaining 26 cases were patients located in communities after completing their seven-day isolation.

Lo attended the daily briefing for the first time ever as the city’s new health minister on Friday afternoon and stressed the government has never thought about “lying flat” in the fight against Covid.

Also, Lo cited figures that about 2 percent of returnees from overseas and Taiwan were carrying the coronavirus, meaning about 200 travelers were confirmed patients among every 10,000. The direction of the government is to locate these 200 patients more accurately so that the quarantine for the remaining 9,800 could be shortened, he continued.

He further pointed out that 100 flights were banned between January and June after detecting 534 patients infected with Covid. With each flight being grounded for five days, thousands of travelers will be affected, and the mechanism also brings uncertainties to travelers.

The cancellation then came as the government understands that students studying abroad are returning to the city for the summer holidays and conducting PCR tests remains an effective measure to identify imported cases.

The city reported 11 new cases involving the BA.4 or BA.5 Omicron subvariants and 20 more cases of the BA.2.12.1 subvariant. Meanwhile, the Centre for Health Protection was informed of 214 cases from 191 schools today, as three more elderly homes and two more care centers were hit by Covid.

Hospital Authority added three deaths, including two men and a woman aged between 64 and 85. All three of them were chronic disease patients. The death tally of the fifth wave now stands at 9,196.

Lo appealed to citizens that now is not time to relax as the pandemic development remains challenging at the moment, with more and more patients being admitted to hospitals or even intensive care.

Patients and medics will be the final victims if citizens do not follow the social distancing rules, Lo noted as he told the public to get the jabs as soon as possible.

Lo joked that he even dreamed about “borders reopening,” as these are the two words he most frequently heard since he assumed office on July 1.
#Coronavirus  #Covid
Add Comment