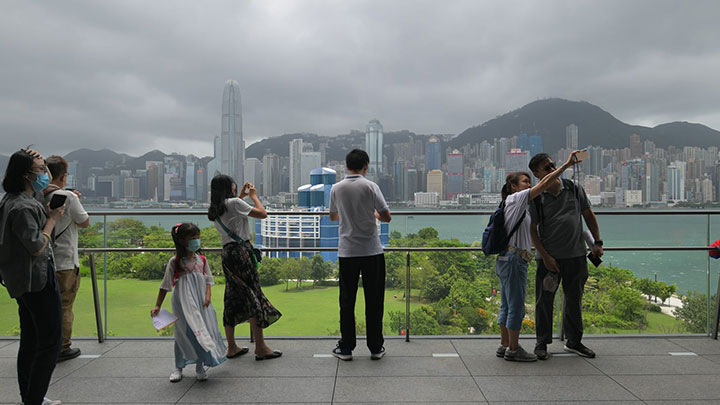 The number of Covid-19 inpatients has doubled in the past few weeks as Hong Kong added 2,815 new cases on Wednesday.
Among the cases, 2,672 were locally transmitted, while the remaining 143 were imported cases, according to the Centre for Health Protection’s Chuang Shuk-kwan.

Fifty of 79 of the imported cases were detected at the airport after arriving from the United Kingdom, 49 at quarantine hotels, and 15 were patients who tested positive after completing the seven-day isolation. The caseload of the fifth wave now exceeds 1.246 million.

Public hospitals and treatment facilities are now housing 830 patients. Fourteen are in critical condition, 18 are in serious condition, and two are in hospital intensive care units.

Kwan said the number of hospital admissions per week in early May was 70 to 80 and fell to 30 to 40 in early June, but it has reached more than 100 in the past few weeks. The number of inpatients also doubled from about 400 to 800.

She was concerned that if the number of confirmed patients continued to increase, it might disrupt general medical services.

A total of 239 positive cases were reported by 209 schools, including 193 students and 46 staff members.

The center, on the other hand, identified 22 cases carrying the BA.4 or BA.5, of which seven were of unknown origin. Two of them were staffers at Hotpot Foodie in Kwun Tong.

Nineteen BA.2.12.1 Omicron subvariant cases were reported today as well; all were related to previous cases.