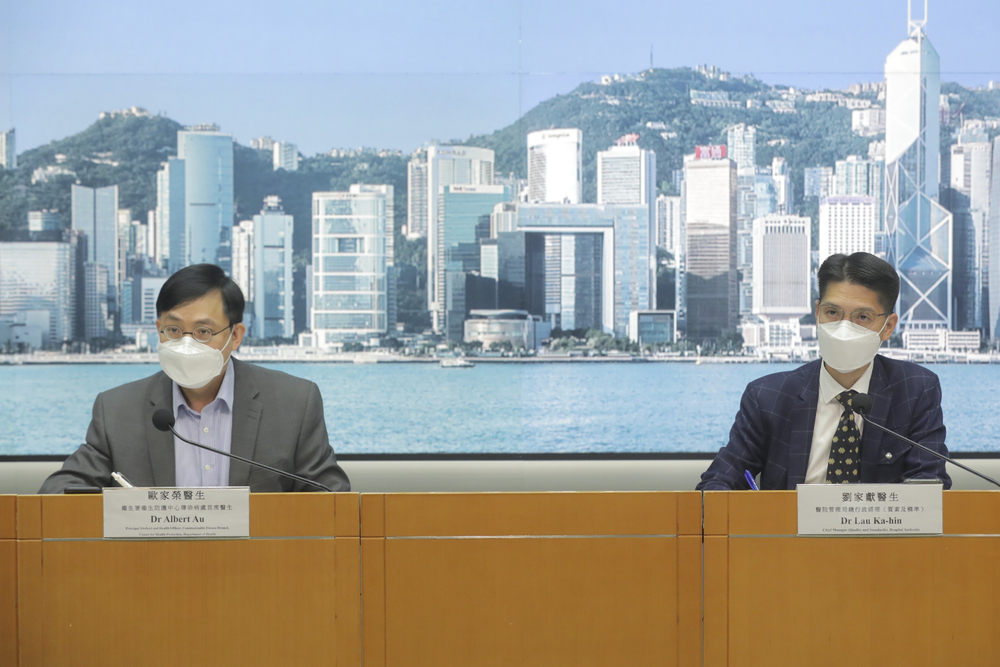 Hong Kong reported 2,644 new Covid-19 cases on Thursday and added 97 more related deaths, while health authorities expected the pandemic would be under control when classes resume on April 19.
Among the new cases, 1,368 were confirmed through PCR tests, including 12 imported cases. The other 1,276 cases were positive rapid antigen test results reported by citizens. The overall tally of the fifth wave has now exceeded 1.17 million.

The Centre for Health Protection's principal medical and health officer Albert Au Ka-wing said it is necessary to prevent the spread of Covid in schools. Yet, he believed the pandemic development would be stable by the time all classes in the city resume.

Au also called on students to undergo rapid testing and stay home if they develop any symptoms. The Department of Health is still mulling with the Education Bureau over details of class resumption, Au added.

Yet, he noted that schools need not to suspend classes immediately just because an infection is detected.

In the past 24 hours, no elderly home or care center reported any new infection outbreak. So far, the coronavirus has hit 787 elderly homes and 290 care centers for the disabled, Au also reported.

Of the newly reported deaths, 90 were logged in public hospitals yesterday, including 52 men and 38 women aged 27 to 104. Among them, 48 were residents of elderly homes, and 44 had no vaccination record. Eighty-five of them were elderly aged above 65.

He spoke of two deceased patients who were comparatively younger, including a 27-year-old man and a 52-year-old patient who suffered from breast cancer.

The 27-year-old suffered from asthma and tested positive on March 18 when he was about to leave Eastern Hospital. Still, he went home because of a high CT value, indicating a low viral load.

He lost consciousness at home yesterday, and his heart stopped beating when he was admitted to the emergency room. He later passed away.
#Coronavirus  #COVID-19  #Covid
Add Comment