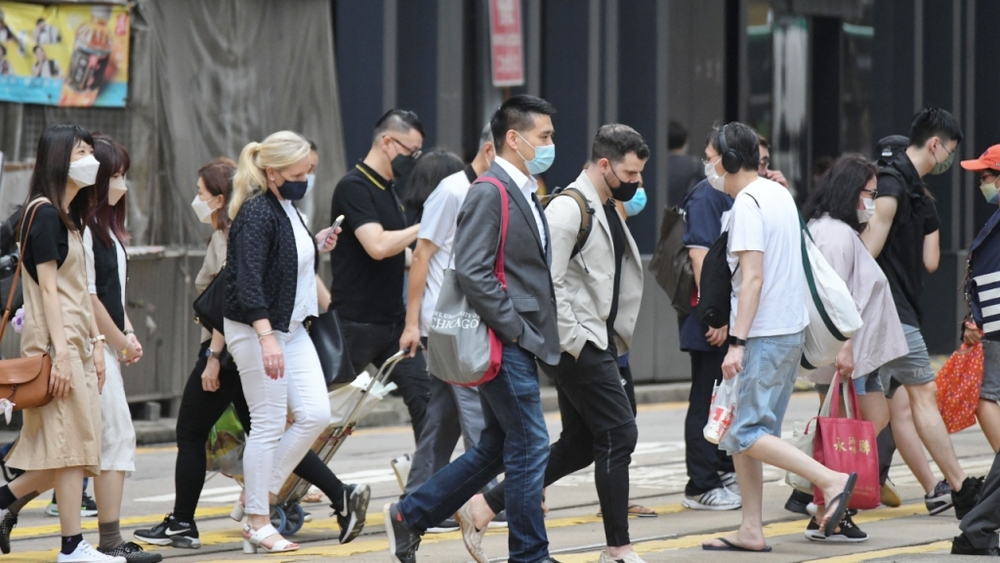 Health authorities said BA.4 or BA.5 Omicron subvariants could become the main Covid strains in Hong Kong as the city added 1,841 Covid cases on Monday.
Among the cases, 1,645 were locally transmitted while the remaining 169 were imported cases, according to the Centre for Health Protection’s Chuang Shuk-kwan.

Meanwhile, 145 of the imported cases were detected at the airport, 37 at quarantine hotels and 14 were patients who tested positive after they completed the seven-day isolation. The caseload of the fifth wave now exceeded 1.24 million.

Chuang said, according to foreign experience, BA.4 or BA.5 spread relatively quicker than the current BA.2 subvariant and may become the main Covid strains
A total of 600 positive cases were reported by 421 schools, including 485 students and 115 staff members.

The center, on the other hand, identified 11 cases carrying the BA.4 or BA.5. One of them was a diner at Hotpot Foodie in Kwun Tong.

Thirty-four cases of the BA.2.12.1 Omicron subvariant were reported today as well, of which 20 were of unknown origin.

Public hospitals and treatment facilities are now housing 787 patients. Thirteen of them are in critical condition, 15 are in serious condition, and three are in hospital intensive care units.
#Covid
Add Comment