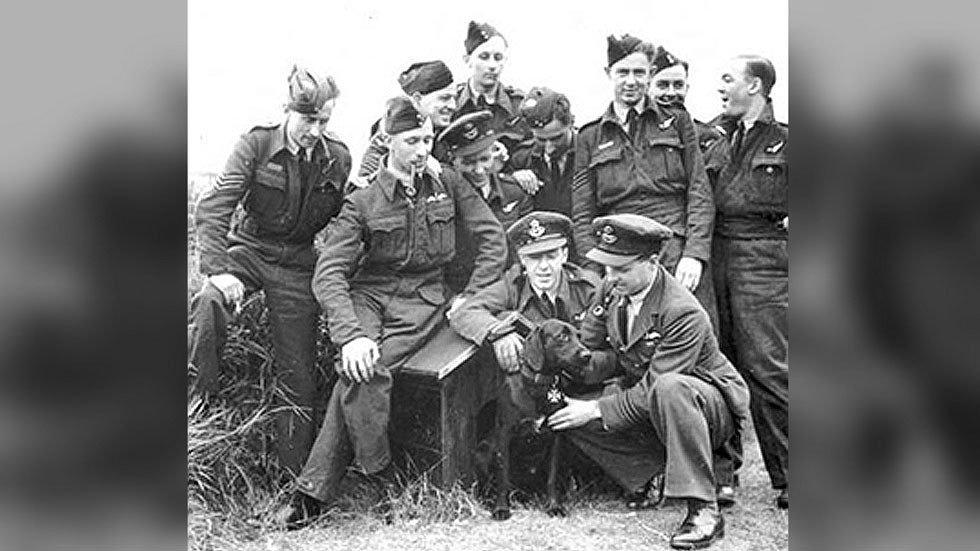 ‘History is what it is. Leave it that way’: Netizens furious as RAF decides WW2 mascot name is offensive, replaces its gravestone

The grave marking the resting place of the mascot of a WW2 RAF squadron has been updated to be more politically correct, sparking accusations that the British military is trying to whitewash history.

The black Labrador had belonged to Wing Commander Guy Gibson, and served as the mascot of the 617 Squadron. The dog, named N****r, was known for drinking copious amounts of beer with the RAF pilots. The canine was hit by a car on the same day that the squadron carried out a famous raid on two German dams in May 1943. Illustrating the dog’s importance to the squadron, their mascot’s name was used as a codeword to confirm that one of the German dams had been destroyed.

A memorial created shortly after the mascot’s passing, located at RAF Scampton, listed the dog’s name and the circumstances of his death. However, the WW2-era headstone was recently modified, with the Labrador’s name being replaced with “The Dog.”

An RAF spokesperson said that the alteration was part of an “ongoing review of its historical assets.” The original gravestone has been put in storage as officials debate over what to do with it.

The decision seems to have split the public. Some argued that changing the headstone was the right thing to do because the dog’s name would clearly be considered racist by today’s standards. A manager at the RAF Museum noted that while the dog’s name may not have been controversial in 1943, “standards have changed throughout the years” and “things are different now.”

However, there were many who said that the updated headstone was nothing to celebrate. Tory MP Sir Edward Leigh said he is “very fearful of our ability today to erase or re-write history.”

Many reactions on social media also denounced the move, arguing that we should learn from history, as opposed to trying to change it to fit contemporary ideals.

History is what it is. Leave it that way,” urged one Twitter user.

A petition signed by more than 2,400 people has called for the RAF to reverse its decision and reinstall the original headstone, local media reported.

Gibsons dogs gravestone replaced for a woke one at raf scampton...the dogs name was the codeword for dam breach too. Replacing historys truths for the woke brigade. Apres moi la deluge pic.twitter.com/CPhb2Askg1

The altered headstone comes amid growing sensitivity over racism in the UK and around the world, sparked by Black Lives Matter (BLM) demonstrations which began in May in the United States. In Bristol, a statue of 17th-century slave trader Edward Colston was toppled by protesters last month. It was covertly replaced by a steel sculpture commemorating a BLM activist, but that statue was quickly removed by city officials.