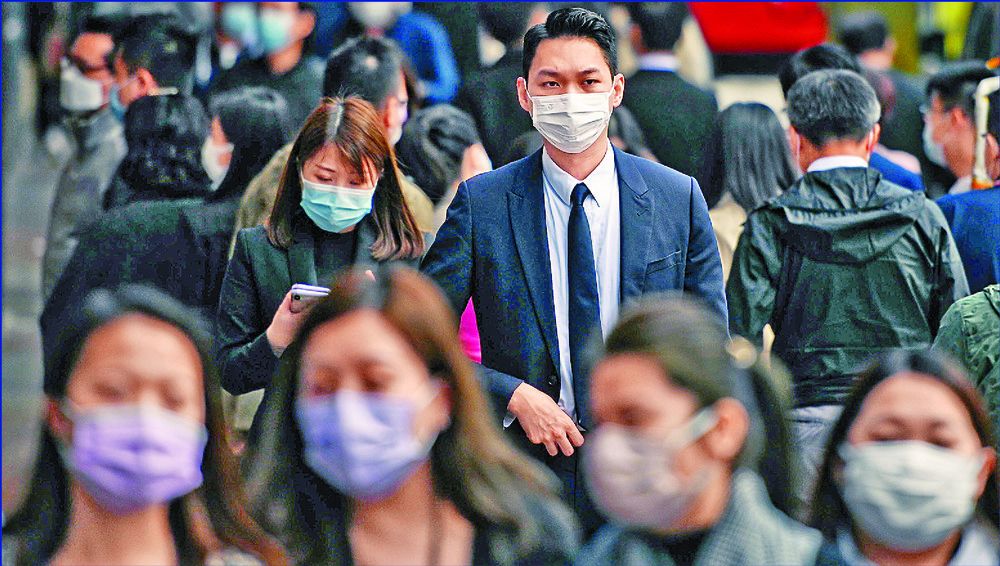 Some 48 percent said it was "extremely difficult" to attract and retain professionals for global roles in the city.

The survey also found that over a third reported moving some or all of their regional or global posts from Hong Kong to other markets.

While 13 percent said they have reduced their headcount in Hong Kong, more than a half said they have been increasing more positions in their other offices in the region.

To attract global talent again, nearly all respondents regarded the open door to the rest of the world as a key, which also will bring momentum to Hong Kong as an international financial center.

And quarantine-free travel to the mainland is the top priority, said 82 percent of the companies.

HKIFA head Nelson Chow Kin-hung said member companies expect the government to relax existing quarantine requirements for international visitors or even lift all rules before the summit for global financiers in November.

The firms have taken measures to reduce difficulties for their employees during the pandemic, with more than half allowing Hong Kong-based staff to work from other offices and about one third even permitting some posts based in Hong Kong to work overseas permanently.

About 20 percent said they have to offer additional allowances to lure overseas talent or Hong Kong people who work overseas to come to the city to work.

The association urged Hong Kong to reconnect with the rest of the world and the mainland as soon as possible, in addition to discovering new growth drivers and offering cross-boundary initiatives which 71 percent and 56 percent of member firms cited as crucial.

In the mainland, a talent exodus has brought trouble to overseas financial institutions. Credit Suisse, for example, is facing a further delay in getting approvals for some of its China operations after a flurry of senior management departures, according to people familiar with the matter.

Meanwhile, the Democratic Alliance for the Betterment and Progress of Hong Kong is sending three delegations of lawmakers to visit Association of Southeast Asian Nations member states next month to promote the SAR to foreign businesses, sources said. They will depart on September 4 and return after a week.

The party currently has 18 lawmakers and it is understood that a vast majority of them will join the tours.

Sources said Gary Chan Hak-kan will lead a delegation to Vietnam and Thailand and Chan Yung will lead the team to Singapore and Malaysia. The third team will head to Indonesia.
Add Comment