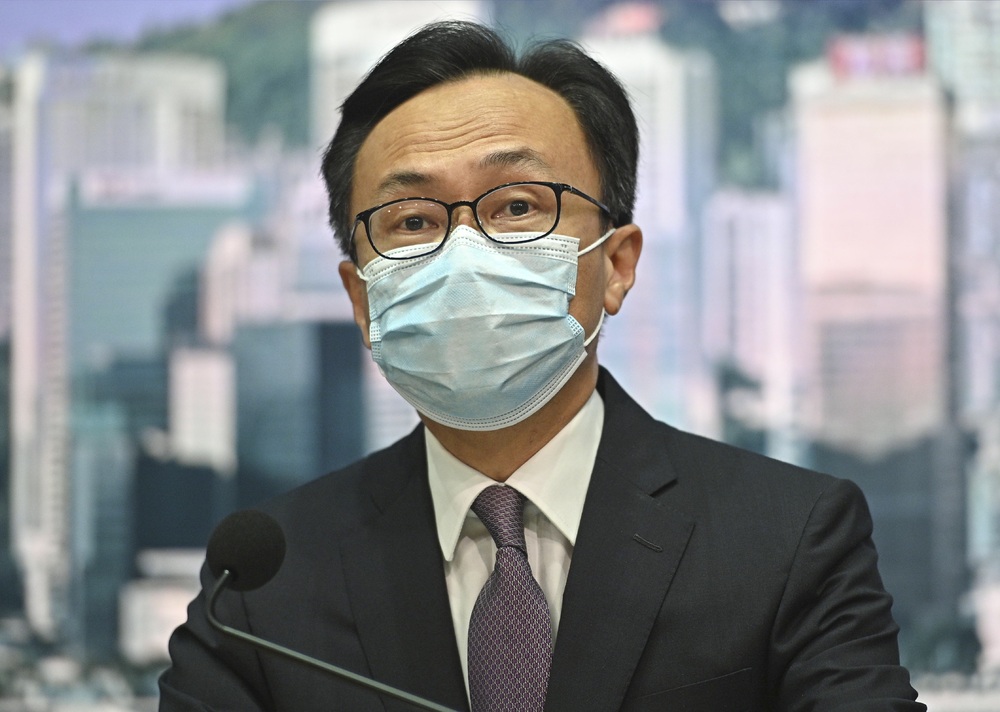 Higher vaccination rates to help build herd immunity against Covid-19 is needed before the mainland agrees to reopen borders with Hong Kong, officials said amid estimation that 60 percent of residents would be vaccinated by the end of this year.
Three months since vaccination started in Hong Kong, around 1.24 million people have received the first jab – less than 20 percent of the 6.5 million population aged above 16.

Speaking in a television interview today, Secretary for Civil Service Patrick Nip Tak-kuen said a prerequisite for reopening borders would be a higher percentage, but he stopped short of spelling an exact figure.

Other criteria include measures to stop import of cases and the ability to handle ad hoc outbreaks in communities.

“The uptake rate is growing rapidly around the world. If ours go up slowly, Hong Kong will be put in an undesirable position,” he said.

He said 29 community vaccination centers will only operate until the end of September.

“Their operation requires a lot of resources. We can run them indefinitely,” he said.

But he said even after the closure of centers -- the only venues offering the German-made BioNTech/Fosun jabs in the SAR -- the brand’s vaccine will still be available at a small number of medical sites.
#COVID-19  #vaccine  #BioNTech  #Covid
Add Comment