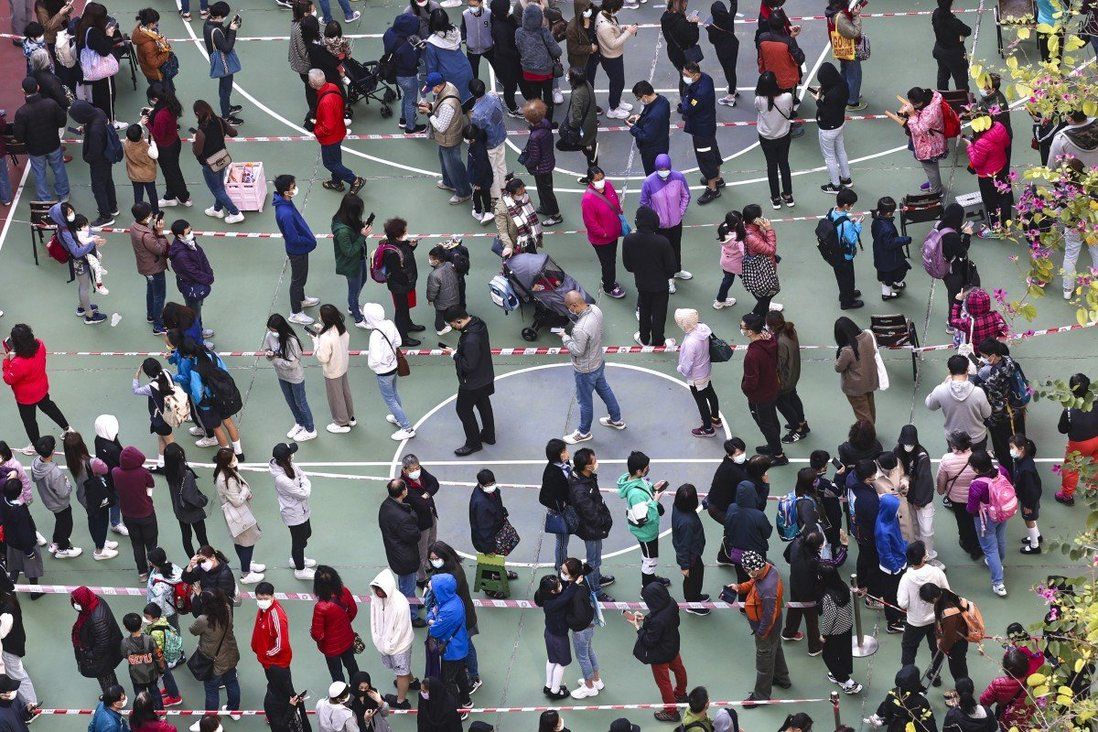 People who frequent the Hong Kong districts of Tsuen Wan, Sha Tin, Kowloon Bay, Kwun Tong and Yuen Long in the coming week could face a “high risk” of getting infected with the Omicron coronavirus variant, according to a study by Polytechnic University.

The findings, released on Tuesday, also showed the risk of Omicron in Hong Kong would still be on the rise in the next seven days despite signs that the government’s anti-pandemic measures were working to slow down the spread.

The research predicted that Tsuen Wan would become a high-risk area on Wednesday, followed by Sha Tin on Thursday and Kowloon Bay on Friday.

Over the weekend, Kwun Tong and Yuen Long would become high-risk districts too.

The predictions on the Omicron spread were part of a study by a team of experts in spatial big data, led by the director of the university’s smart cities research institute Professor John Shi Wenzhong.

Shi’s team studied the locations where patients lived, places they had visited, the time when they developed symptoms, residents’ mobility and vaccination rates, and the analyses of big data of the city’s traffic and people movements.

Formally called the “extended Weighted Kernel Density model”, it is said to have an accuracy rate of more than 85 per cent for predicting a place’s onset risk of Covid-19 in the coming three days.

Onset risk, which refers to the risk of an average person getting infected with the Omicron variant, is measured on a scale of 0 to 1, with the latter indicating a 100 per cent chance of infection.

“We hope the government can start preparing to deploy more medical resources in those high-risk areas identified, such as opening more vaccine centres. And people should also avoid making unnecessary trips and stay at home more,” said Shi, a leading expert in geomatics and spatial big data. 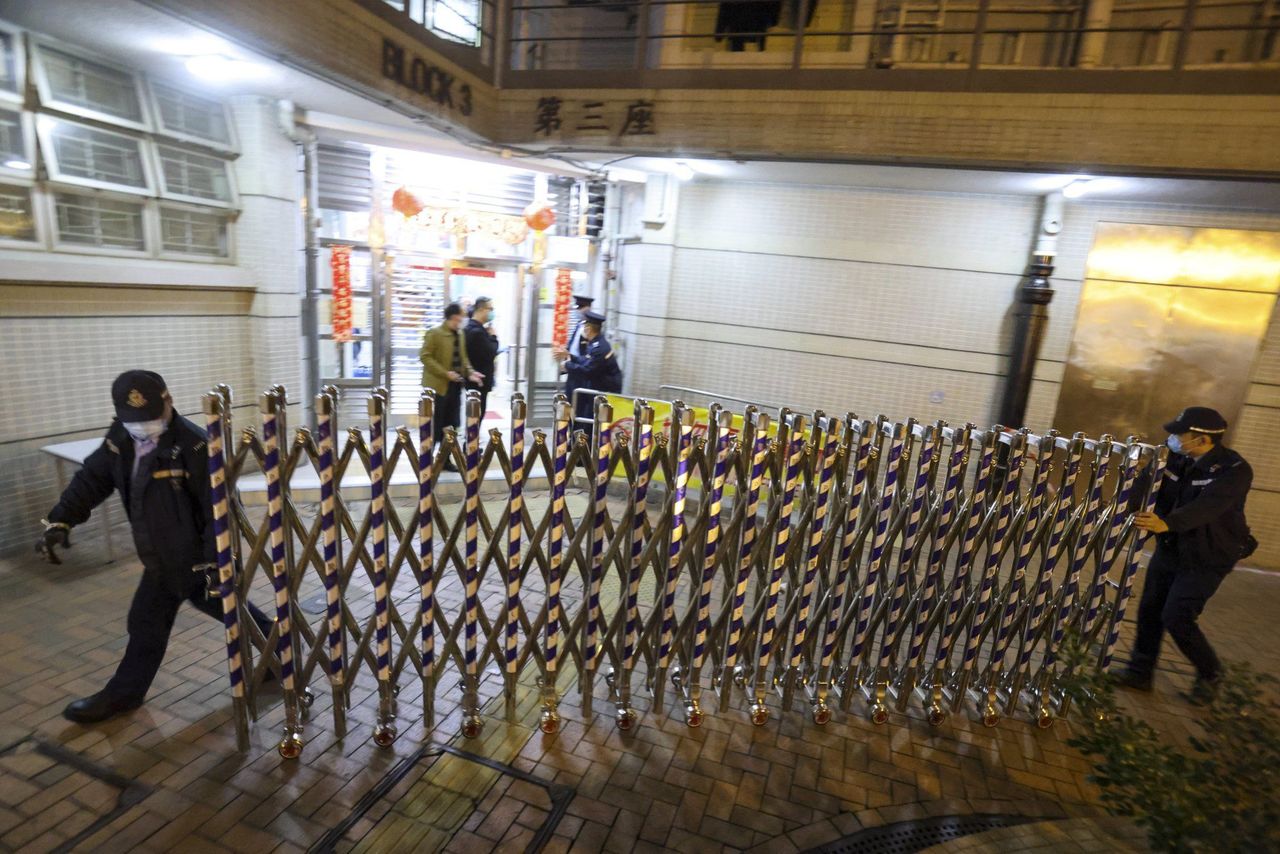 Block 3 of Po Tin Estate in Tuen Mun is locked down for compulsory testing on Tuesday.

“Our research also shows that people have already gone outside less since the start of January and this has a positive impact on slowing down the spread of the virus,” he said, adding the latest measure of suspending classes in kindergartens and primary schools would also be helpful.

The research showed the overall onset risk of Hong Kong stood at 0.66 as of Tuesday and was predicted to rise to 0.77 by next Monday.

Shi said the onset risk could have reached 0.78 by Tuesday had the government not imposed tougher preventive measures last week.

He said his team had applied the model to study the Omicron spread in South Africa in late November and was able to make accurate predictions of the spread of the virus among the country’s nine provinces.

The team also established that the imposition of lockdowns could better control the spread of the virus in South Africa and reduce the overall symptom onset risk by some 15 per cent.

“Predicting the risk of the coronavirus is important in combating the pandemic. People are already infectious in the days around and following the onset of symptoms and there is a delay of four to five days days from the onset to confirmed diagnosis. Thus predicting the spatiotemporal risk of Covid-19 onset is essential for timely preventive measures,” Shi said.

The professor declined to predict when the fifth wave of infections would be over in Hong Kong but did not recommend that social distancing measures be eased early. He also urged residents to take vaccines or boosters.