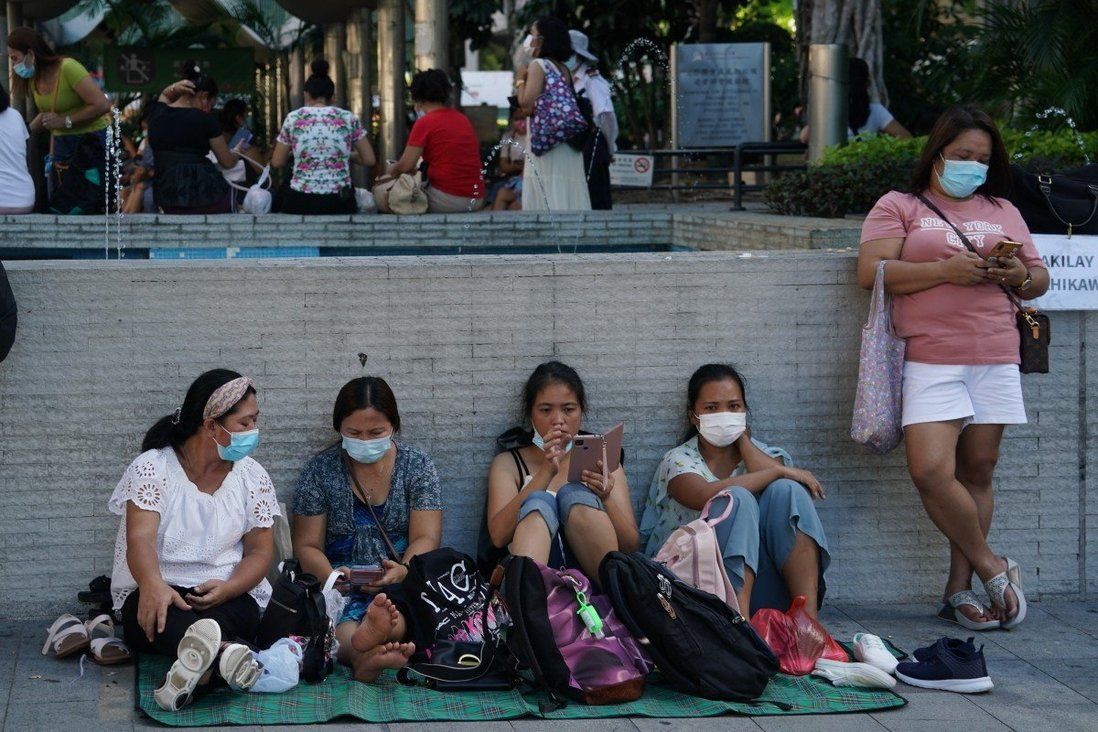 Manila’s top diplomat in the city says the arrangement is likely to involve the use of a special ‘yellow card’ issued by the Philippine government.
Domestic helpers vaccinated against the coronavirus in the Philippines could be able to fly to Hong Kong as soon as next week, as “fruitful” talks on recognising inoculation records from the country near completion, Manila’s top diplomat in the city has revealed.

Philippine Consul General Raly Tejada told the Post on Sunday that his country would be ready to enable people vaccinated there to travel to Hong Kong from August 30, probably through the use of a special “yellow card” verifying their inoculation records.

In a text message, Tejada said: “[An] agreement is very close on having the yellow card being issued by the Philippine government’s Bureau of Quarantine as an acceptable document that would certify the holder’s Philippine Covid-19 vaccination record. We have been informed that August 30 is the target date.”

The special card, according to a sample seen by the Post, would contain the traveller’s coronavirus vaccination record, along with the person’s name, date of birth and identification document details.

Tejada said the information could be verified through an embedded QR code printed on the card.

Bello added that about 3,000 workers awaiting deployment to Hong Kong were set to benefit from the development.

Hong Kong banned flights from the Philippines in April, and from Indonesia in June, citing a surge in coronavirus cases in both countries. The two countries provide most of the hundreds of thousands of foreign domestic workers for the city and the suspensions led to a labour shortage in the sector.

Earlier this month, officials announced that helpers in both countries who had been vaccinated in Hong Kong before their trips would be able to return, but would still have to quarantine for 21 days in a designated hotel upon arrival.

The Labour Department said on Saturday that officials were making good progress in talks about recognising vaccination records from the Philippines and Indonesia, and it was hoped the arrangements could be announced after a consensus was reached this week.

The city currently only recognises vaccination records issued by a health care institution or a relevant authority of the governments of Hong Kong or mainland China, or countries whose national regulatory authorities have been deemed stringent by the World Health Organization.

The chairman of the Hong Kong Union of Employment Agencies, Thomas Chan Tung-fung, said the latest moves were a step in the right direction, but stressed that many details still had to be ironed out.

Chan said his main concern was that the Philippine Bureau of Quarantine could take a long time to issue the recognised vaccine documents.

“We’ve heard anecdotes from Filipino domestic workers in the Philippines that it takes a long time to get the yellow card. One told us that she was fully vaccinated in July but only managed to get a slot to apply for the yellow card in November,” Chan said.

Another stumbling block was the lack of available quarantine hotel rooms for inbound domestic helpers to complete their 21-day isolation period.

Chan estimated about 6,000 to 7,000 helpers who had already secured visas were stuck in either the Philippines and Indonesia, and about 2,000 of those were fully vaccinated.

“Hong Kong is not ready for the influx of domestic helpers once the scheme takes off,” he said. “The price range for the hotel quarantine also needs to be affordable for the employers.”

About 29 million coronavirus vaccine doses have been distributed in the nation of 109 million people, enough to fully vaccinate 13.5 per cent of its population.
#Coronavirus  #AstraZeneca  #Vaccines  #BioNTech  #COVID-19  #Johnson  #vaccine  #Covid
Add Comment