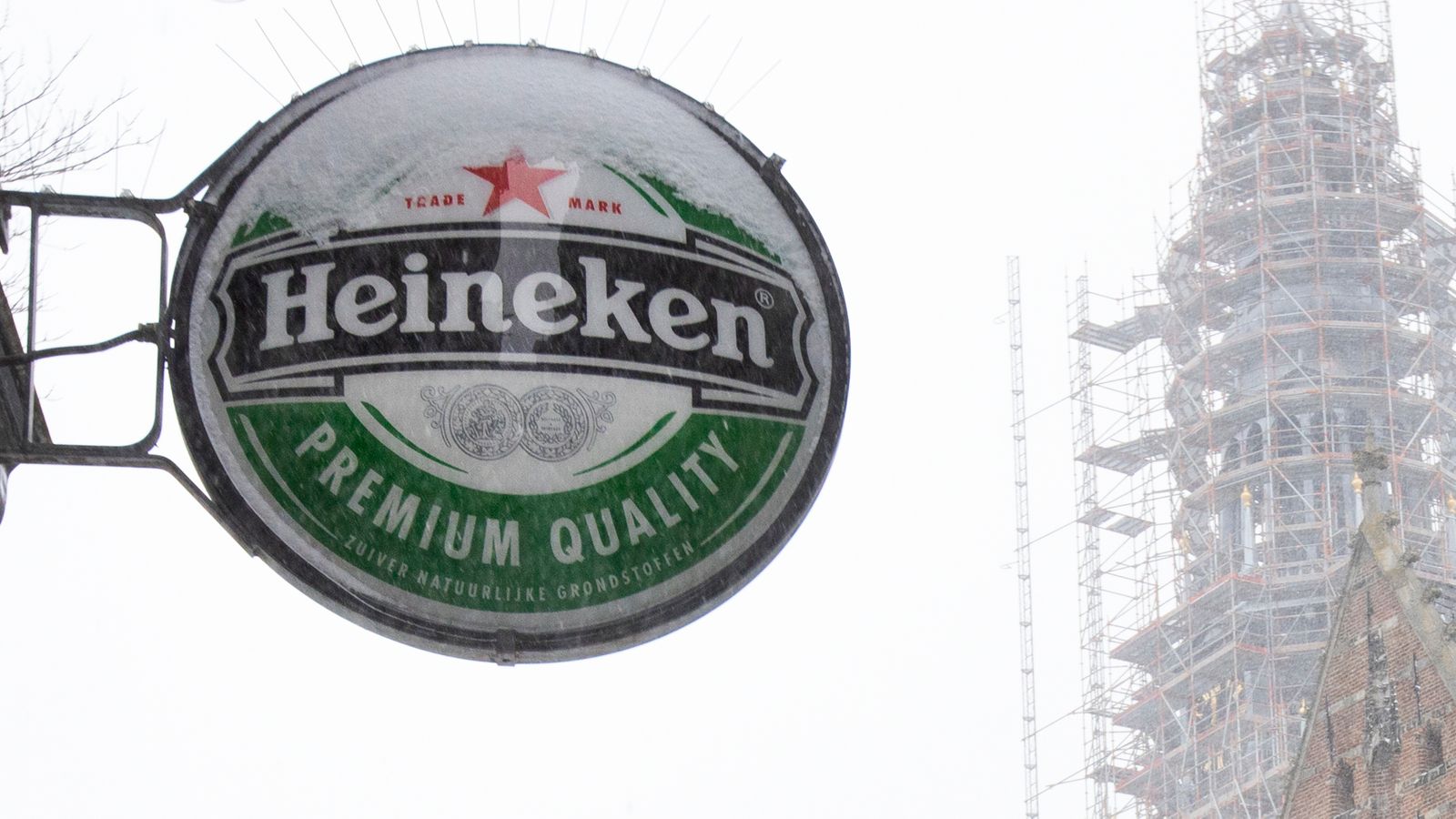 One of the knock on effects of higher beer prices will be fewer people choosing to drink it, the brewer warned, after barley and aluminium costs soared over the past year.
Heineken, the second largest maker of beer in the world, said on Wednesday that surging inflation may cause it to miss its financial targets.

This is because the brewer, which produces beers like Sol, Strongbow, and Heineken, expects to have to increase the price of its beverages, which could lead to people drinking less beer.

Although the company announced that it had recorded better profits than expected in 2021 thanks to higher prices and cost savings, Heineken said that the pandemic was still causing disruption to its business.

A slow recovery in nightlife, in addition to continuing supply chain issues and rising inflation, could significantly impact its revenues for 2022.

Higher production costs - such as barley, which has doubled in price in the last year, and aluminium, which is 50% more expensive now - due to supply chain pressures being felt around the world will be passed on to customers, the company said.

"These kind of price increases and inflation, I think we have not seen in a generation," Heineken chief executive Dolf van den Brink told Reuters News Agency.

"The big unknown is how this will affect the more developed markets that have not seen this kind of pricing before."

In February 2021, Heineken cut 8,000 jobs, including some in the UK, amid a scramble to save cash as the coronavirus crisis took a toll on sales.

The Dutch company said at the time that an "EverGreen" plan would see it save €2bn (£1.75bn) over three years with the aim of restoring its operating margins to pre-pandemic levels.

It has already achieved £1.09bn in savings since then, boosting its profits.

Heineken described 2020 as a year of "unprecedented disruption" while revealing a collapse in sales in key markets as a result of COVID-19 lockdowns and other restrictions.
#Coronavirus  #COVID-19  #Covid
Add Comment