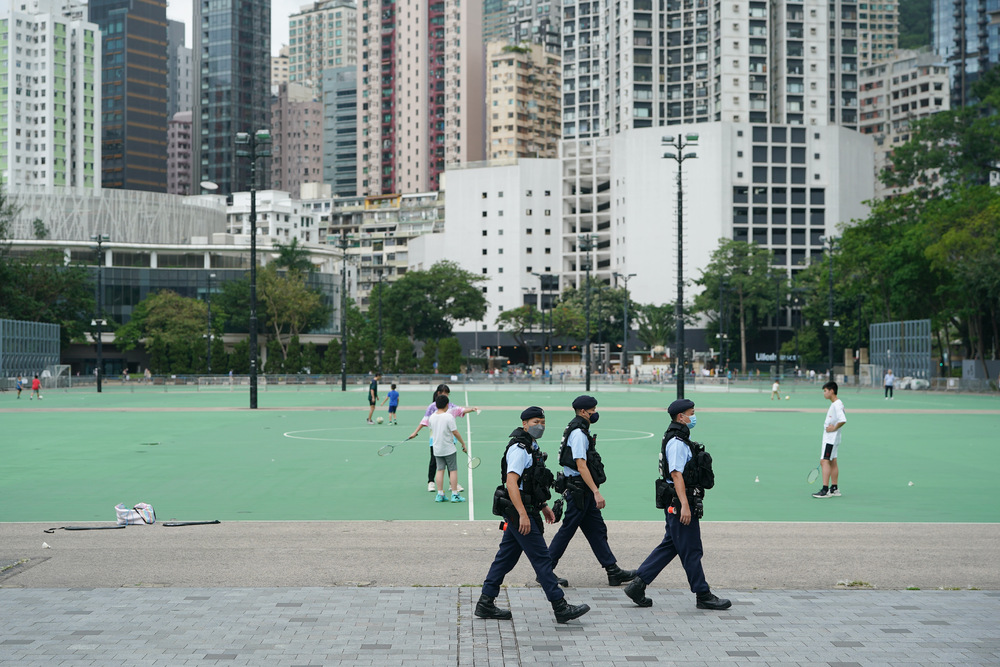 Victoria Park in Causeway Bay will be closed from 11pm Friday (Jun 3) until 12.30am Sunday (Jun 5) as heavily armed police officers were already spotted patrolling in the area in case citizens gather for unauthorized June 4 vigil.
The Leisure and Cultural Services Department issued a statement on Friday afternoon and explained the closure came because of police's observation that “some people are using different channels to incite the participation of unauthorized assemblies in the Victoria Park.”

On Thursday, police met the press and warned citizens not to participate in any unauthorized assembly on Saturday, implying the city's tradition of staging the June 4 vigil without explicitly naming the event.

For the last two years, the park where people gathered to commemorate the 1989 Tiananmen Square massacre for more then 30 years remained empty with ongoing Covid-19 pandemic and the national security law in place.

This would mean the third time the vigil is canceled since 2019 and the second time the park is cordoned off.

The closure also aims to “prevent any unauthorized assemblies in the Park which affect public safety and public order, and the chance of a virus spread due to such gatherings,” the department added.

As for the full bookings of the football pitch that day, the department only wrote: “Hirers of the venue facilities on June 4 will be informed of the closure arrangements.”
#COVID-19  #Covid
Add Comment