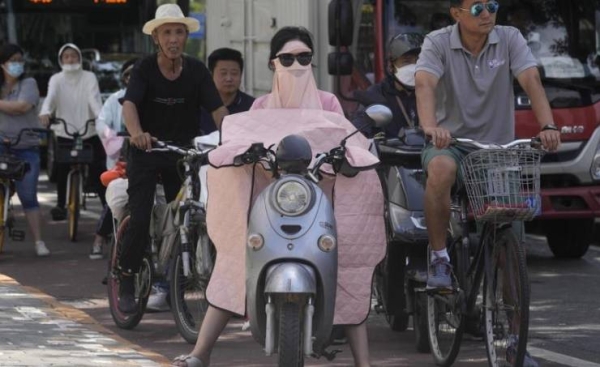 Flooding and extreme high temperatures have caused multiple deaths in eastern China as summer heat descends earlier than usual.
Record-high temperatures have been reported in Zhejiang province, just east of the global business hub of Shanghai, topping out above 42 degrees Celsius (107 degrees Fahrenheit) on Wednesday.

The neighboring coastal provinces of Jiangsu and Fujian were also suffering under high heat, while Henan, Sichuan and Heilongjiang further inland saw many hospitalized for heat stroke, with an as-yet unreported number of deaths.

Floods have also struck much of the country, with three people reported killed and five missing in Sichuan province’s Pingwu county as of midday Wednesday. One person was reported dead and eight missing in Heilongjiang in the northeast.