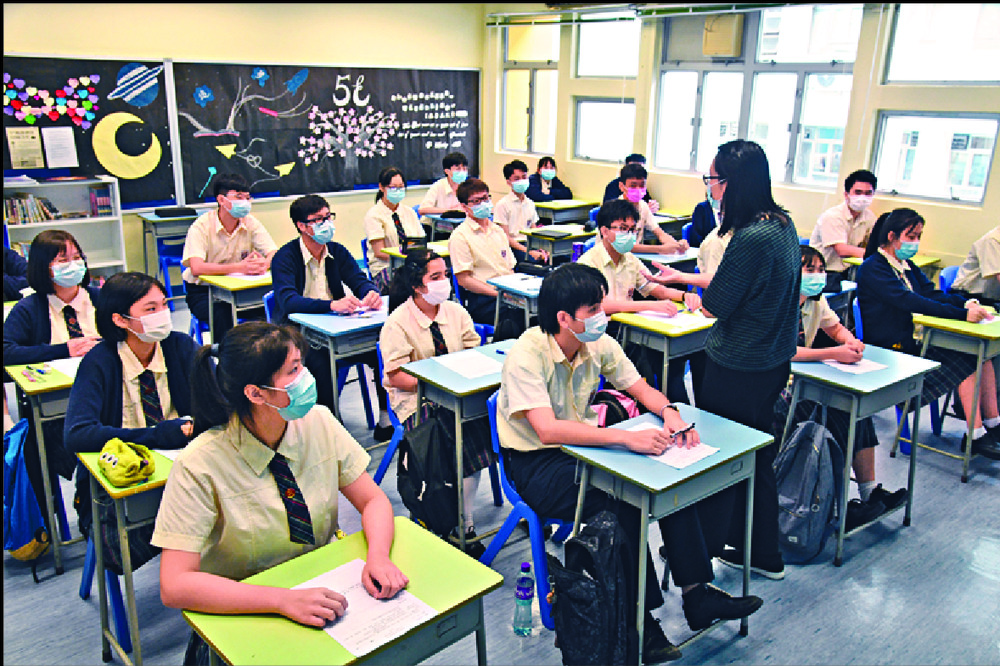 Heat on for DSE exam delay

The Hong Kong Diploma for Secondary Education examinations scheduled to begin in April should be postponed while authorities should suspend in-person classes for secondary six students due to growing Covid outbreaks, an education union has suggested.
The Education Employees General Union, a subsidiary under the Federation of Trade Unions, said that secondary six students - the only grade allowed to have face-to-face classes currently - should not attend lessons in schools anymore.

Many schools, it said, have been listed in compulsory test notices prior to the Lunar New Year holidays and schools have become places that involve a high risk of infection.

It therefore called on the government to suspend in-person classes for secondary six students, as well as postpone the DSE examinations as soon as possible.

Lawmaker Tang Fei, principal of a Tseung Kwan O secondary school, agreed that in-person classes for secondary six students should be suspended as the infection risk could be huge.

"If a student is infected with the coronavirus, he not only affects himself and his classmates but also those candidates who use the campus for the DSE examination," Tang told The Standard.

He added that secondary six students should have already completed their syllabus by now and are only going back to campus for mock exams, which could be taken online as students understand the purpose of mock exams, therefore schools need not worry about cheating.

However, he thinks it is "too early and inappropriate" to announce the postponement of the DSE exam and the government should review whether the examination should be held as planned after considering experts' and doctors' opinions.

Tang said the fifth wave might ease once stricter social distancing measures - expected to be rolled out next week - are enforced, and announcing the decision near the end of the month will not affect candidates too much.

A secondary six student, Wong, said he does not want the exams to be postponed, even if in-person classes are suspended.

"If they postpone the exams, it will likely be an indefinite one because the outbreaks are unlikely to be contained soon."

Wong's mother agreed. "He has been revising for over a year following his own schedule tailored to fit the current examination timetable. Postponing the exams will mess things up and affect his performance," she said.