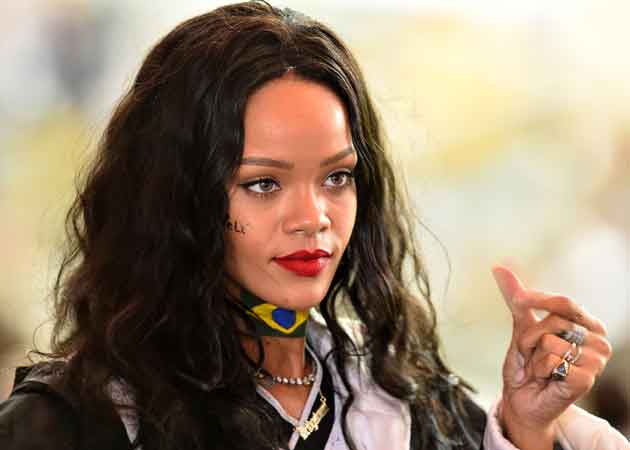 More than 3,000 incidents of abuse against Asian Americans were reported between March and December 2020, according to Asian American advocacy groups.

International pop star Rihanna today expressed her support for the Asian-American community in the wake of the shooting in the US that killed eight people -- most of whom were Asian women. The attack in the US city of Atlanta was not an isolated incident by any means, the pop star said, adding the "hate must stop".

"What happened yesterday in Atlanta was brutal, tragic and is certainly not an isolated incident by any means. AAPI (Asian American and Pacific Islander) hate has been rampantly perpetuated and it's disgusting! I'm heartbroken for the Asian community and my heart is with the loved ones of those we lost. The hate must stop," she tweeted.

A 21-year-old man has been arrested and charged for murder for the Tuesday's rampage in Atlanta that has deeply shaken the Asian-American community.

The accused, Robert Aaron Long, has denied a racist motive to the triple attacks -- in which six of the victims were women of Asian origin -- but police say that they are yet to determine the shooter's reason for opening fire.

Long, who is white, "does claim it was not racially motivated," Captain Jay Baker of the Cherokee County Sheriff's Office told a news conference, but stressed that "this is still early" in the investigation.

More than 3,000 incidents of abuse against Asian-Americans were reported between March and December 2020, according to Asian American advocacy groups. There were only 216 reported cases in 2019, according to FBI statistics.

While racial motivation can be hard to establish, a study by the Center for the Study of Hate and Extremism at CSU San Bernardino revealed that reported hate crimes against Asian communities nearly tripled from 49 to 122 cases last year across 16 major US cities including New York and Los Angeles -- even as overall hate crime fell seven percent. The report looked at events categorized as criminal in nature and showing evidence of ethnic or racial bias, using preliminary local police data.

Meanwhile, prominent lawmakers in the US have joined hands to introduce a legislation to address the rise of hate crimes and violence against Asian American and Pacific Islander (AAPI) communities during the COVID-19 pandemic.