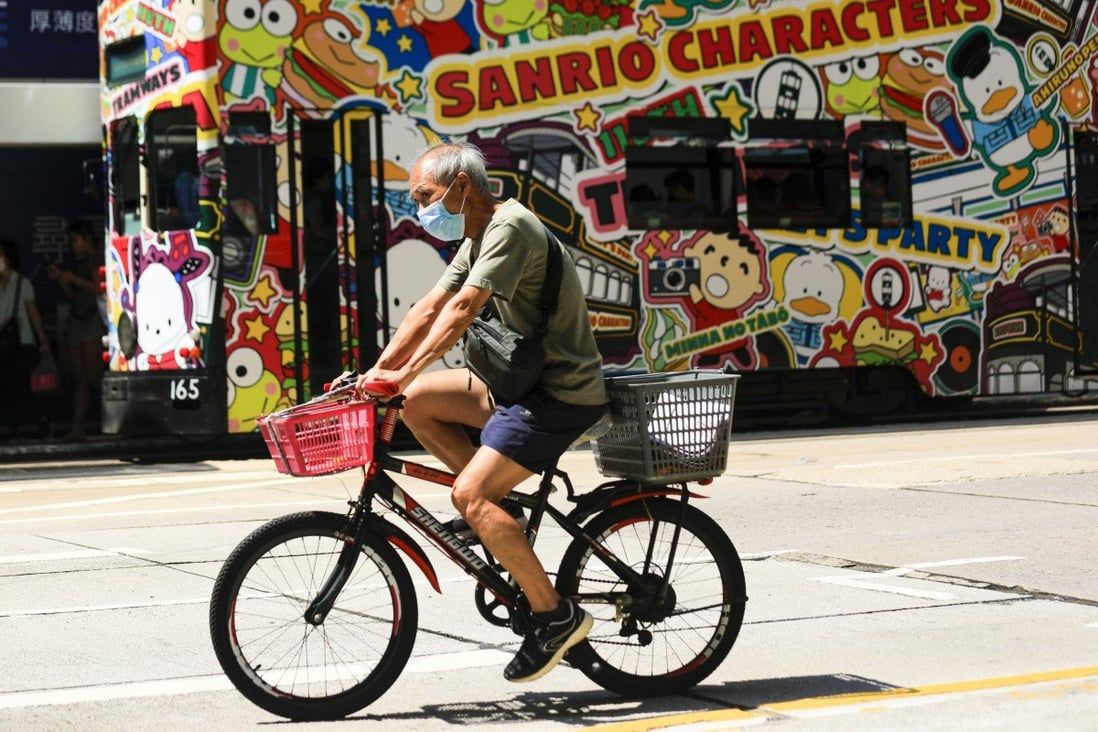 Cultural and economic factors make the trend of an ageing population hard to remedy, but Hong Kong can ease its burden. Keeping the elderly working and socially active, reforming the healthcare sector and incentivising couples to have children are among the city’s options.

Many developed countries face the demographic challenges of an ageing population. With almost 30 per cent of its population being 65 or older, Japan is ahead of the world in this trend which other Organisation for Economic Cooperation and Development (OECD) countries are expected to face soon. A healthy population pyramid is sustained by a fertility rate of roughly 2.1 births per woman.

While the population structure of Japan will remain fairly similar during the next decade, Hong Kong seems likely to follow a drift towards an inverted population pyramid. That is because people in Generation X and millennials are showing little interest in having babies. According to World Bank data, Hong Kong’s fertility rate of 0.9 is well below that of Japan’s 1.3.

Some people have turned to cats and dogs to sate their emotional needs. Pet shops have boomed. Several pet-friendly parks are being built in Kai Tak, a central business district to-be.

For the better part of the last two decades, Japan has shown how little invigoration an increasingly grey population brings to the economy if demographics are allowed to run their natural course of decline. Its GDP has remained at similar levels of around US$5 trillion, with growth around 1 per cent year on year. Lack of demand and lagging innovation have dragged down even the most vibrant prefectures.

This demographic tide of senescence looms over Hong Kong. Cultural and economic factors render the trend difficult to remedy.

Hong Kong would be wise to draw lessons from the OECD in averting an economic downturn brought on by demographic shifts. A few implications stand out. Chief among them is a shrinking taxable population that is called on to support a growing flock of pensioners. Young people might feel less need for diligence if a substantial part of their salary goes into the public coffers which support dependent welfare.

In Europe and the United States, the left and right are divided along the lines of generation as well as race and class. In China, President Xi Jinping put forth the pursuit of “common prosperity” in an attempt to bring about intergenerational equality, among a raft of social goals.

A study published by the International Monetary Fund (IMF) shows chronological age correlates poorly with health and functional ability. For instance, a 60-year-old person beset by diabetic disease is barely ready to guard entrances, a task a physically fit 70-year-old person is more than capable of doing. Liberating the job market for the elderly appears to be a promising policy. Anecdotal evidence of older people who are physically fit enough to work as drivers or security guards abound.

Even better, the effect goes beyond productivity boosts. Those who remain in the workforce are likelier to spend, potentially unlocking their pension fund savings. Flagging domestic demand could be reversed.

Working is one way of maintaining elderly people’s active social participation. Neurologists and psychologists have developed psychosocial programmes to prevent Alzheimer’s disease and sarcopenia, a muscle-wasting ailment largely caused by inactivity. A large amount medical research suggests how social participation can help ameliorate the symptoms and complications of these geriatric diseases.

This is helpful knowledge for Hong Kong. Though it has one of the world’s most efficient health systems, the Hospital Authority is plagued by inefficient resource allocation and sluggish innovation. Preventive medicine and primary care, areas that can provide the biggest bang for the buck, play an astonishingly small role.

A disjointed health system is in part a corollary of specialists subspecialising and entrenching vested interests, not least in the private sector. “Social hospitalisation”, coined by health economics researchers to connote protracted hospitalisation for reasons other than medical need, is rife.

Constrained living space discourages families from receiving elderly people discharged from hospitals. Patients’ relatives might also see old-age homes as an unnecessary outlay when hospitalisation in public wards costs much less, all the while enjoying round-the-clock care by medical professionals. 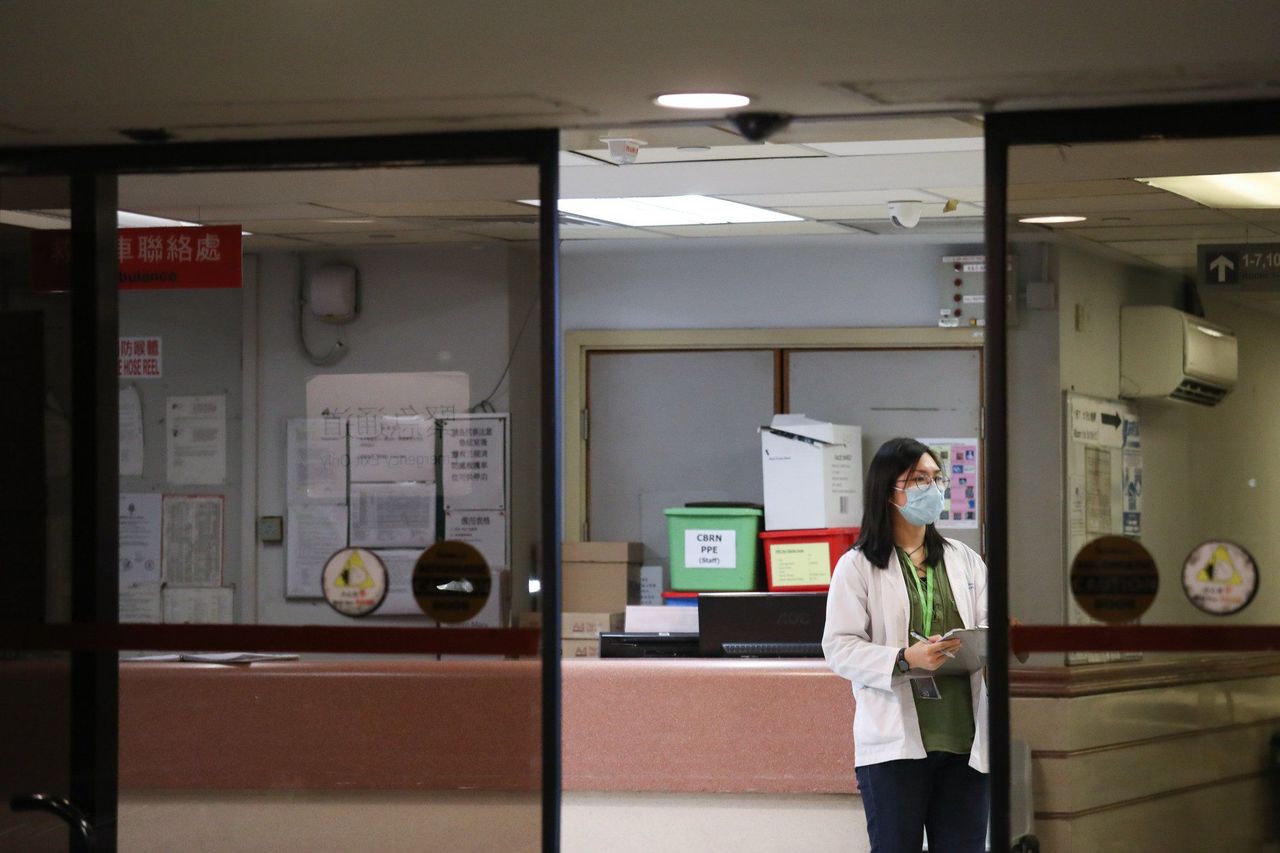 A nurse at work at Queen Mary Hospital in Pok Fu Lam in November 2016.

Some might argue that having the fittest elderly continue to work beyond the current retirement age is of little use in alleviating the symptoms of a decrepit health system. Such is the blinkered view of getting healthcare providers to solve health system problems.

In a greater scheme of things, the complications of an ageing population ought to be headed off by socially progressive policies. That entails incentivising couples to have children, invigorating pensioners’ finances and ensuring affordable flat prices.

The New People’s Party has drafted a piece of policy advice outlining just that. What stands out the most among the recommendations is a flat cash subsidy for newborns and the use of assisted reproductive technologies. Not only is freezing eggs popular, it offers a scientifically sound choice for working women who decide to give birth later in life. A cash handout is progressive in nature because the poor receive an amount considerably greater in proportion to their wealth.

Another suggestion is to provide tax rebates for families with children, a boon for the middle class. Such suggestions are in line with what Xi has envisioned to be a middle class-driven economy.

It appears unlikely that Hong Kong can avoid having an ageing population altogether. However, we need not go gentle into that good night as we rage against the dying of the light.