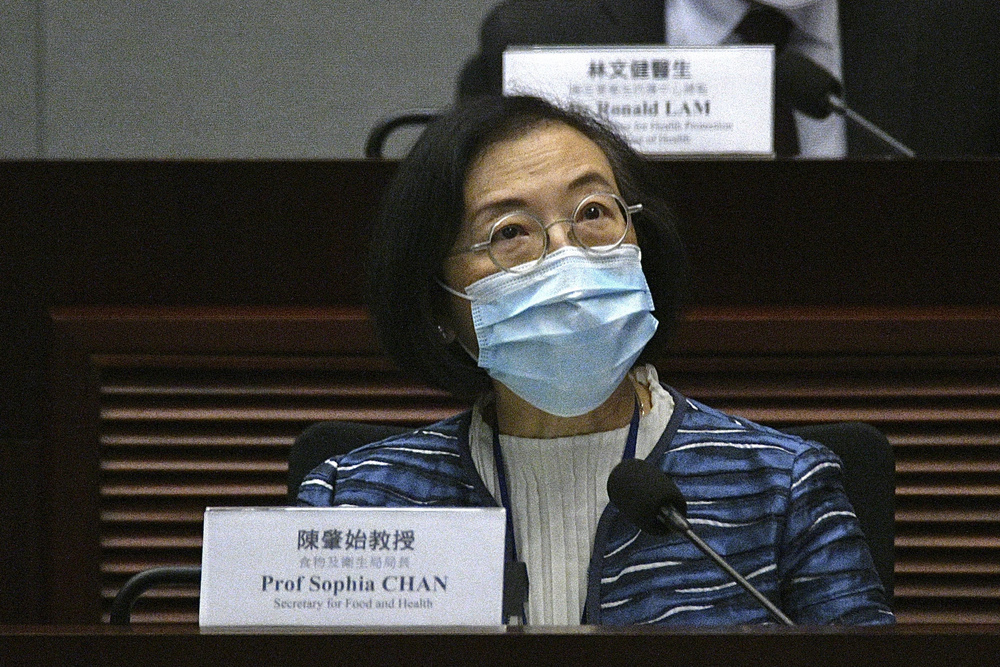 Secretary for Food and Health Sophia Chan Siu-chee hoped the vaccination rate would rise to 50 percent in August or September.
“More than two million people have taken their first jab, which is about 30 percent of the population,” Chan said.

The minister said the recent vaccination rate has been “encouraging”, as the daily vaccination figures reached new highs recently.

Asked about the 27-year-old male airport worker who carries the Delta variant of Covid-19, Chan said more than 30,000 people who might have come into contact with the 27-year-old patient have tested negative for the virus so far.

Chan added that Hong Kong must be well-prepared for the potential fifth wave of pandemic, stressing that any adjustment to the social distancing measures would be based on the vaccination bubble.

Authorities announced that an additional about 422,000 doses of BioNTech vaccines has arrived Hong Kong today.

Separately, Hongkongers may be able to visit the mainland in July as no community transmission was found in the SAR lately, Chinese health expert Zhong Nanshan said yesterday.

In an interview with mainland media, Zhong said the Delta variant found in Shenzhen was different from the one found in Guangzhou, adding that the pandemic in the latter was under control.