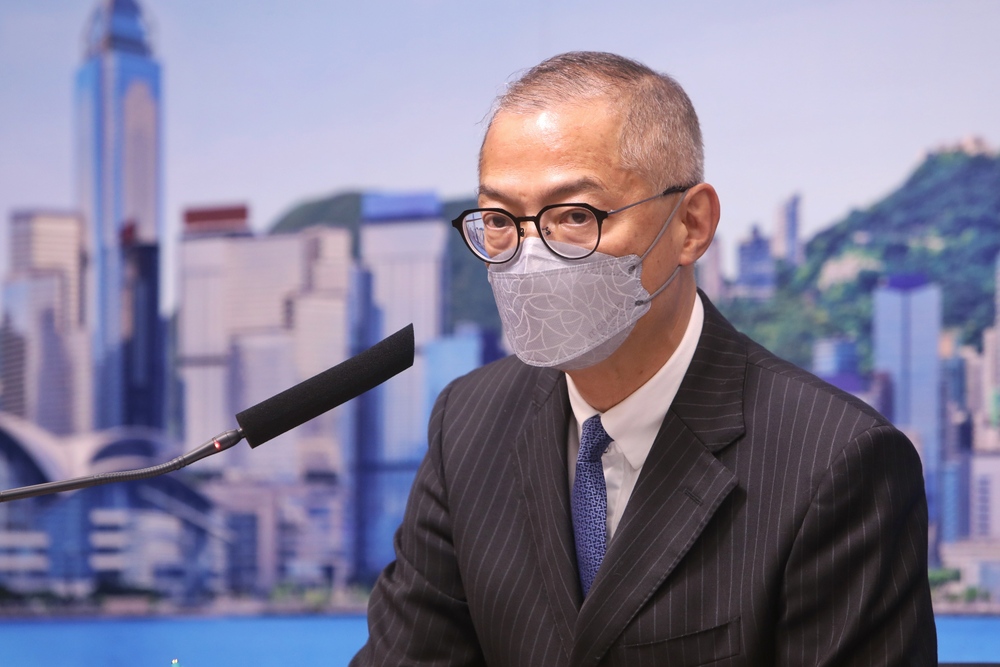 Health minister hits back at former HA chief, insists Covid-19 is not flu

Secretary for Health Lo Chung-mau again insisted that Covid-19 is not just flu and clapped back at reports and health experts for misleading citizens to underestimate the coronavirus by wrongly comparing its death rate to that of flu.
Lo published a blog on the Health Bureau’s website Thursday, just a day after the former chief executive of Hospital Authority Leung Pak-yin said Covid’s death rate after May this year at about 0.098 percent is similar to flu’s 0.1 percent death rate.

According to local reports, Leung referred to the Centre for Health Protection’s data and said the death rate of the fifth wave between New Year’s Eve and September 4 was about 0.6 percent when the dominant Omicron subvariant was BA.2.2.

Yet, the death rate of the fifth wave after May, dominated by other Omicron subvariants, including BA.4 and BA.5, declined to about 0.1 percent. A total of 363,469 infections and 356 deaths were reported in this period.

Going on the offensive, Lo pointed out that about 1.57 million infections and over 9,500 deaths were reported since the start of the fifth wave in February, and the average 0.6 percent death rate would be the more appropriate datum for comparing to flu’s death rate.

“These are facts and numbers that could never be changed,” Lo wrote.

Lo also implied that Leung’s comparison was an error, which ignored the misfortune of thousands of deceased patients and misled citizens to underestimate Covid.

He noted the death rate from flu from May to this date was also precisely zero.

He also cited figures and mentioned other damages wrought by Covid.

“We understand citizens all want the pandemic to be under control after more than two years. However, using the death rate from May until now to prove Covid is no different from flu is a misinterpretation,” Lo added.
#Coronavirus  #COVID-19  #Covid
Add Comment