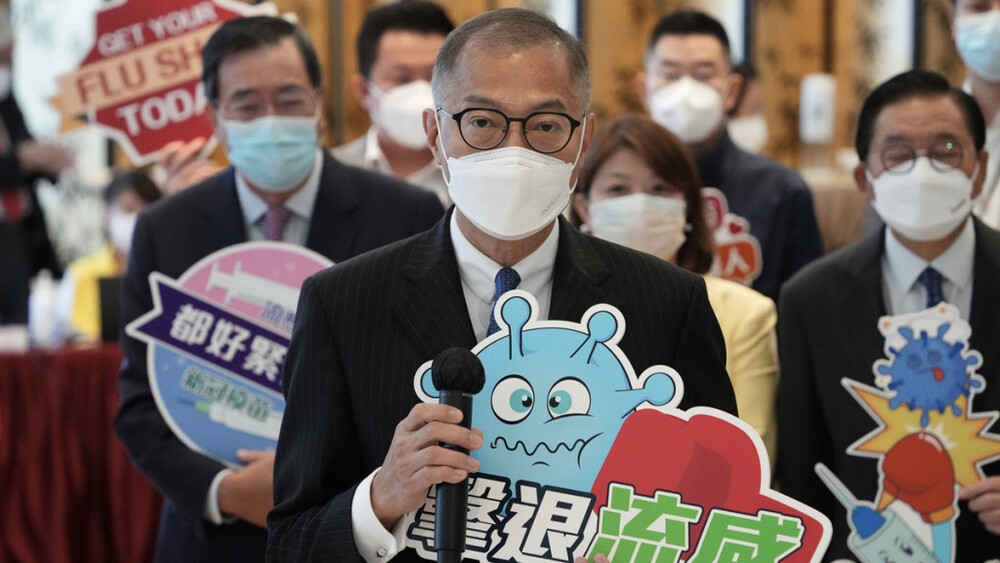 The health minister this morning claimed that as a matter of law, the government needed to be given sufficient power to carry out the responsibility of the anti-epidemic efforts.
This speech came after the amendment of the Control of Disease (Vaccine Pass) Regulation gazetted yesterday. It is in force today to empower the health chief to invalidate vaccine exemption certificates if they are suspected of being “problematic.”

In a press meeting, Secretary for Health Lo Chung-mau claimed he would not appeal the judgment in which the High Court had earlier ruled against the government regarding invalidating vaccine exemptions issued by arrested doctors.

All citizens who hold vaccine exemption certificates should show their rapid-antigen test results whenever they attempt to enter a designated premise, suggested Ho Pak-leung, the University of Hong Kong's microbiologist.

The government announced to nullify the over 20,000 vaccine exemption certificates from a total of seven doctors who have been arrested for abusing their exemption issuing powers, after which the decision was challenged, and the High Court last Friday judged that the Secretary for Health has no legal powers to invalidate the documents.

However, Chief Executive John Lee Ka-chiu declared in a press conference yesterday morning that the government will soon “make a decision” on how to deal with the exemption certificates in accordance with the law.
#vaccine
Add Comment