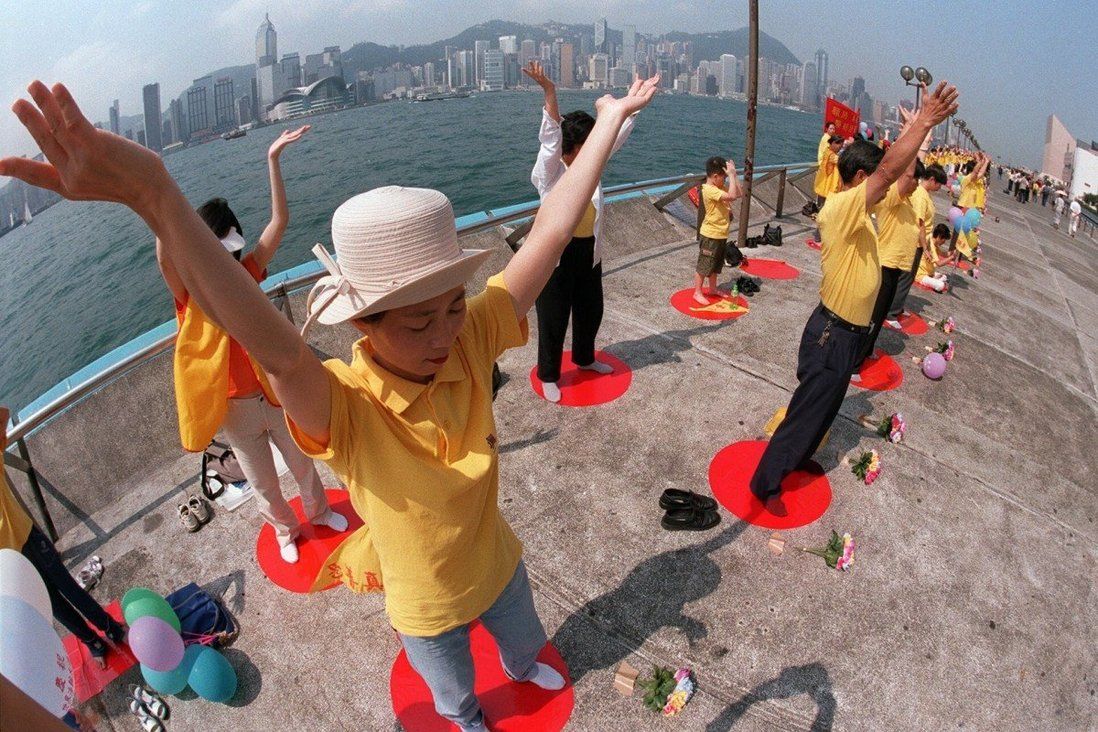 The post, which first appeared on a page called ‘The Hong Kong Association of Falun Dafa’, was widely reported by local media and shared by pro-establishment figures.

The Hong Kong chapter of the Falun Gong spiritual movement is here to stay, according to its local leader, who refuted a fake social media post claiming it was pulling out of the city.

The bogus post surfaced late on Wednesday on a Facebook page called “The Hong Kong Association of Falun Dafa” – another name for the group, which is banned in mainland China – and said the organisation had “decided to leave Hong Kong and initiated the relevant procedures”.

The post, which was widely reported by local media on Thursday, said the group would stop updating its website and social media, and was grateful for people’s support.

But Hong Kong chapter head Sarah Liang Zhen denied the reports on Thursday, telling the Post the group did not operate any social media pages.

“These are all trumped-up rumours. How do they represent the Falun Gong?” she said.

Liang added that she believed the phoney Facebook page might have been created by pro-Beijing figures to spread fear.

“But the Falun Gong has no plans to leave Hong Kong,” she stressed.

The Falun Gong movement was founded on the mainland in 1992, and promotes a mix of meditation, slow martial arts moves and breathing exercises. But as its followers grew and it began demanding legal recognition and the freedom to organise its activities, Beijing labelled the group a “heretical organisation” and banned it outright. 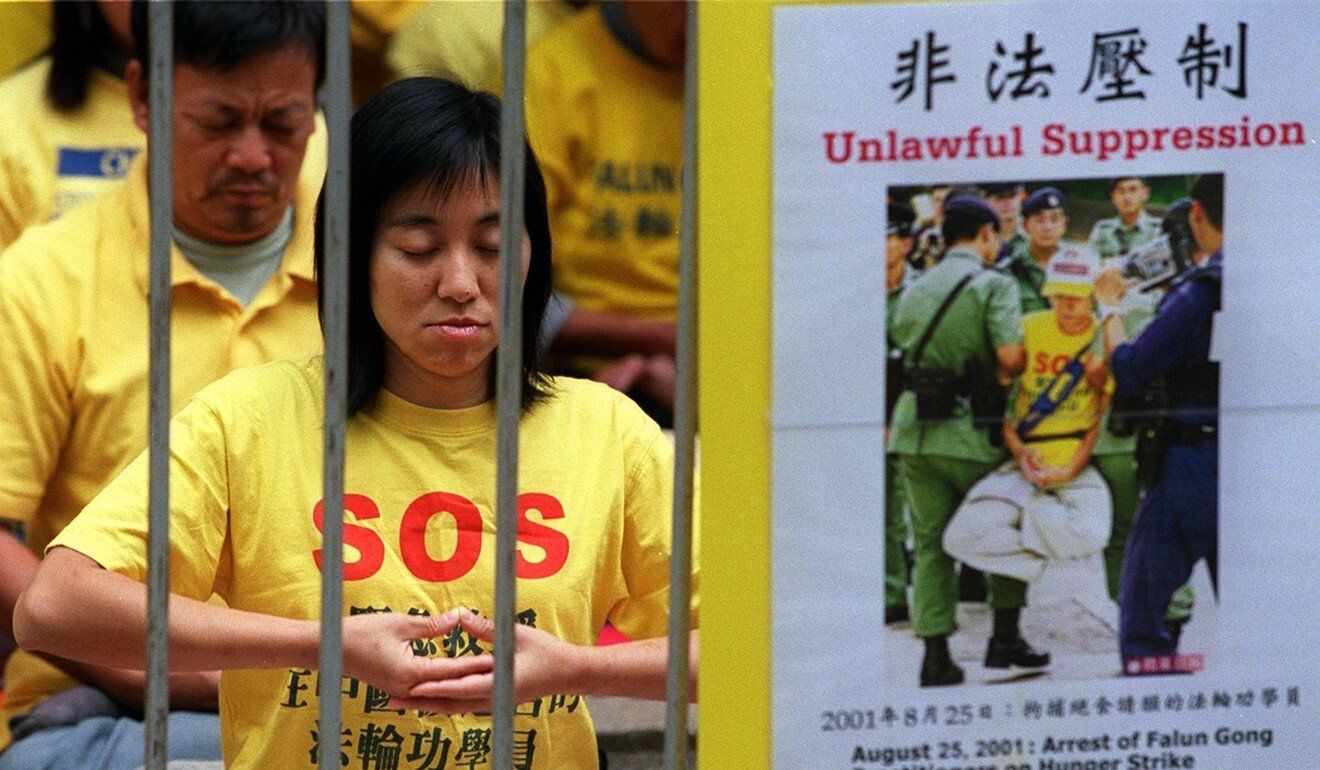 Falun Gong followers protest outside the Legislative Council over “unlawful suppression” by the police.

The local chapter was registered in 1996, and since then it has set up street booths accusing Beijing of persecution and joined with other civil society groups to take part in the city’s annual march on July 1, a major demonstration that coincides with the anniversary of Hong Kong’s return to China in 1997.

The Falun Gong was targeted last month by pro-establishment lawmakers in a Legislative Council session, where they demanded action be taken against the group, which they accused of seeking to subvert state power.

“External forces are making use of ‘religious groups’ and ‘media organisations’ and so on as a disguise for extending anti-China forces in the city,” lawmaker Elizabeth Quat said in July.

The post about the Falun Gong’s dissolution came just days after the Professional Teachers’ Union – Hong Kong’s biggest trade union for a single profession, and a target of Beijing’s ire – announced its disbandment following attacks from state media.

Another group, the Civil Human Rights Front – the umbrella organisation behind some of Hong Kong’s biggest marches – is also expected to disband on Friday.

Liang, a journalist with the Epoch Times, a newspaper linked to the Falun Gong known for its anti-China stance, said she would not read too much into the social media falsehoods, and declined to be drawn on what they might mean in the context of the other disbandments.

“I do not wish to give the rumours room to fester,” she said.