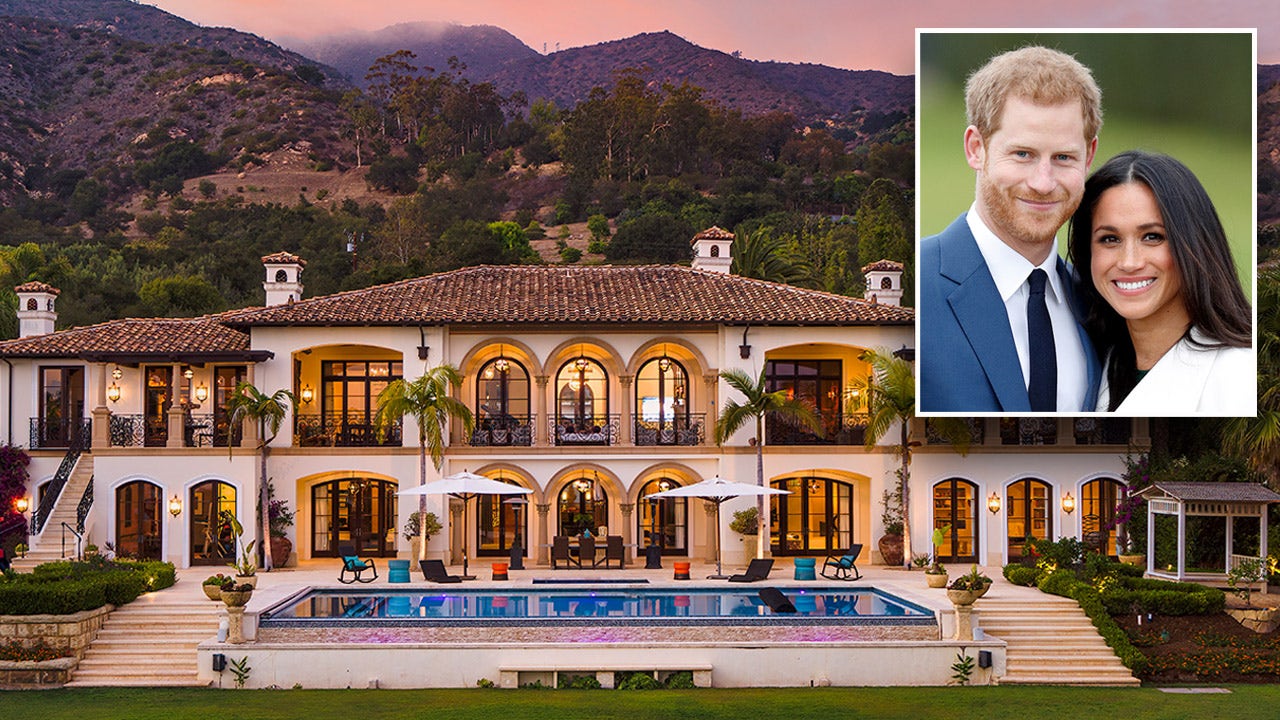 The mansion used in Meghan Markle and Prince Harry's Netflix documentary is up for sale for a cool $33.5 million.

Nestled in the Santa Ynez mountains overlooking the Pacific Ocean, the Montecito estate was built in 2006 on more than two acres of land.

The five-bedroom home spans across 12,804 square feet, and includes lush landscaping throughout the private property and unobstructed views of the ocean.

Viewers who tuned in to "Harry & Meghan" caught a glimpse of their lives on the West Coast, but production mostly took part at the Mediterranean-style abode, not their own home, which is roughly 4 miles away.

The primary suite features vaulted ceilings and a private, over-sized soaking tube and outdoor shower with a fireplace. 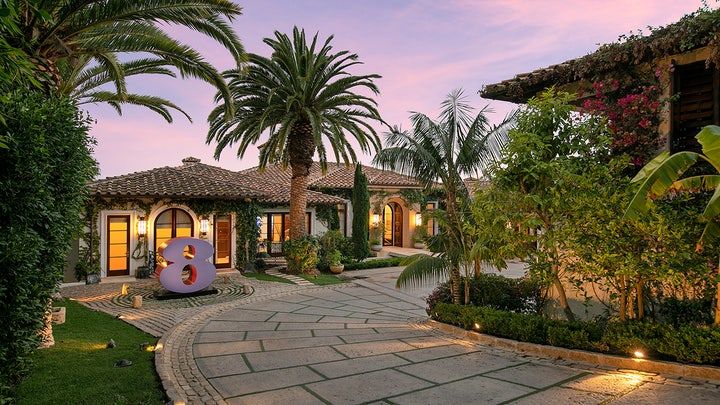 The private entrance to $33.5 million mansion includes along driveway with lush landscaping. 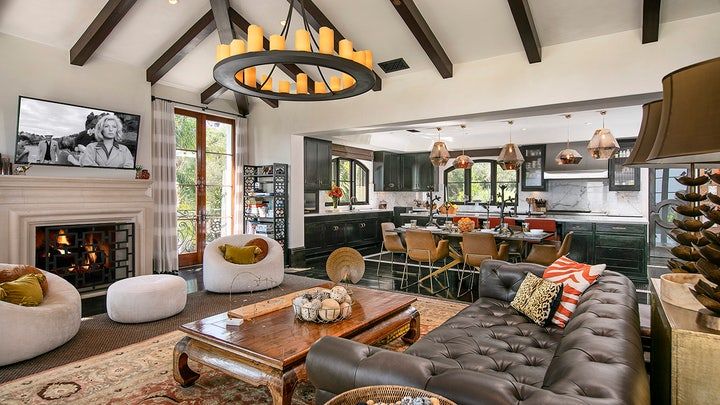 A cozy family room connected to the chef's kitchen. 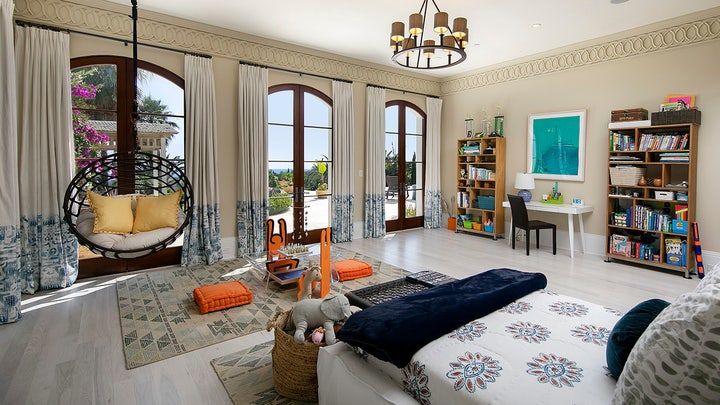 Many of the rooms in the Montecito mansion featured views overlooking the Pacific Ocean.
Amenities include a secret library, theater room with a built-in, drop-down 4K projector screen and a wet bar with a wine refrigerator.

A gym overlooking the terrace includes a steam shower and sauna, and a cabana is situated near the pool and spa. The property also includes banana trees, a chicken coop and beehives.

The property is listed for sale by Ryan Malmsten of Santa Barbara Brokers.

Harry and Meghan moved to the affluent neighborhood outside Santa Barbara in 2020 with the $14.65 million purchase of their own Montecito manor. 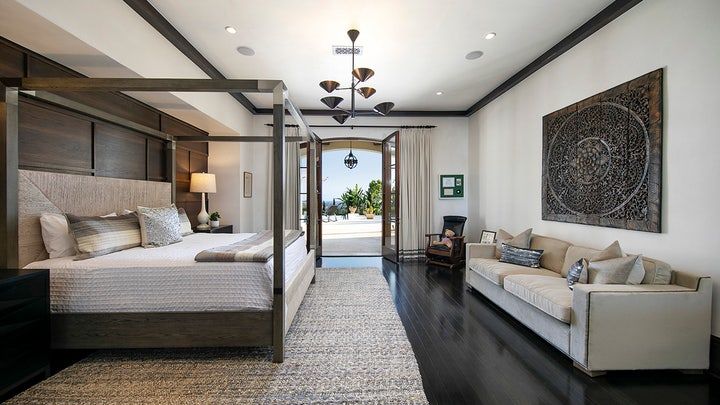 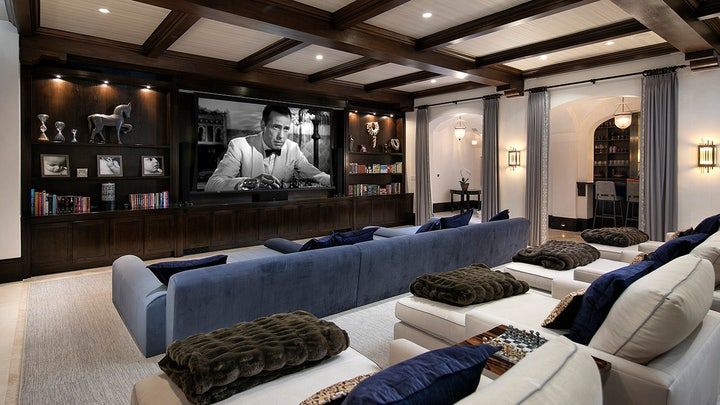 Amenities included a theater room with plush couches and lounges. 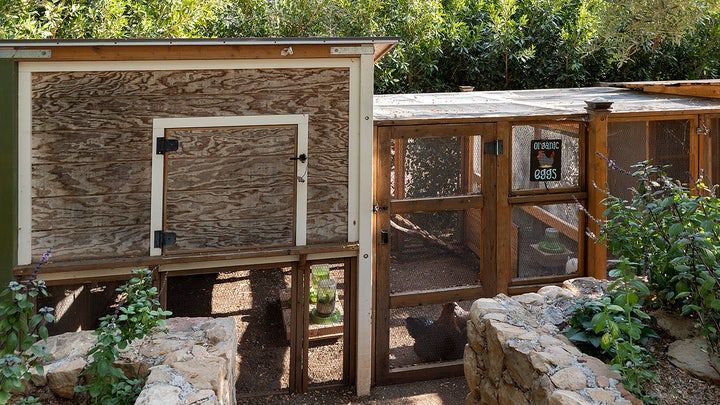 Despite having 9,000 square feet of space, their 7.4-acre compound was not used in the Netflix series, a six-part docuseries in which the Duke and Duchess of Sussex revealed their side of why they left the royal family.

Harry and Meghan both detailed instances when Markle, who is bi-racial, felt unsupported by the Palace while being racially targeted by the British press.

The Netflix series followed the beginning of their relationship in 2016, their marriage in St. George's Chapel at Windsor Castle in 2018, and their ultimate decision to step back as senior members of the royal family in 2020 following what they claimed was scrutiny from inside and outside the Palace.