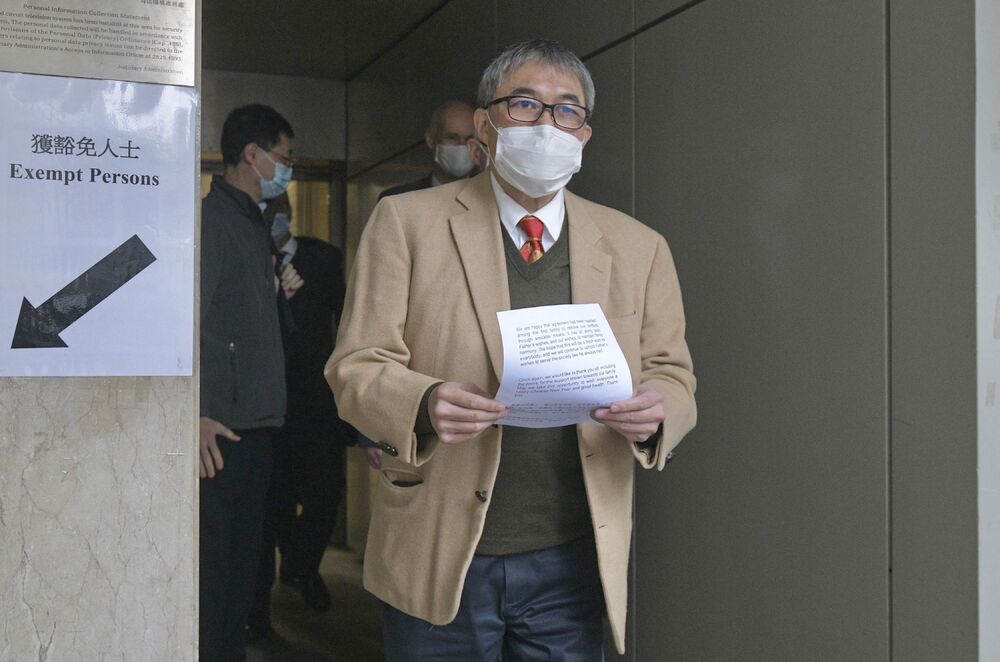 Happy ending for the Fok's after spending HK$500m legal fees

The warring children of late Hong Kong tycoon Henry Fok-tung with his first wife ended their almost 10-year long court battle in the High Court on Monday after reaching a “substantial” partial settlement -- and spending HK$500 million in lawyers' fees.
But not before a minor hiccup when the children from Fok’s second and third marriages decided to make a counterclaim of being dragged into the family feud, as they were dissatisfied that the settlement agreement in 2012 was set aside and the distribution of Fok’s HK$25 billion legacy was postponed.

But High Court judge David Lok Kai-hong rejected their application Monday afternoon, saying they have sued the wrong person and on insufficient grounds, adding he will give a written judgment later.

The plaintiffs of the family feud -- son Benjamin Fok Chun-yue, daughters Nora Fok Lai-lor and Patricia Fok Lai-ping -- told Lok that an agreement has been made with defendants Ian Fok Chun-wan and Timothy Fok Tsun-ting after settlement talks outside the court for almost two weeks.

The plaintiffs also told the court that their half-siblings from their father’s second and third marriages agreed to their settlement.

The family feud was settled in 2012 but the plaintiffs filed a writ to the court to restart the feud in 2016 accusing their brothers allegedly concealed a buyback agreement on the HK$8.5 billion Nansha project in Guangzhou.

Sources told Sing Tao Daily, The Standard’s sister newspaper, that the late Fok’s legacy was about HK$30 billion including a number of properties and cash. The settlement this time around reached Monday made the eldest son Timothy Fok and second son Ian Fok get bigger portions, followed by their younger brother Benjamin Fok, as their two sisters will get smaller portions.

Sources also told Sing Tao that some properties will not be sold including the Fok family mansion, Stone Manor in Pok Fu Lam, as well as the mansion on Pollock’s Path on the Peak, and Pedder Building in Central. Cash will be distributed to family members of Fok’s first marriage based on the proportion.

Sources also said the family had spent HK$500 million on lawyers’ fees for the decade-long lawsuit.

The judge congratulated the family for the settlement and said it’s a “sad” case with “a happy ending”. He then agreed to issue a summon to dismiss the proceeding.

Lok said the late Fok had made significant contributions to modernization of China and the development of Nansha. Despite difficulties appearing before and after the death of the tycoon, there were family members still willing to sacrifice their own benefits to continue to fulfil the Nansha dream for their father.

Lok hoped that anyone who benefited from the Nansha project would not forget it was a project by the late tycoon and his family for posterity.

Lok also said the Fok family feud received public attention and he believed the late tycoon would not want to see his family divided. The settlement of this case can send a good message to people, showing that no matter how big the problem is, it can be solved.

Speaking to reporters outside the court Monday, Benjamin Fok said he was happy about the settlement.

“We appreciate the wise words by the judge, and we will try our best to maintain the harmony of the family, and to continue to uphold the will of our father to make contributions to the society. Thank you for the concern from the media and I wish you a happy new year,” he said.
Add Comment