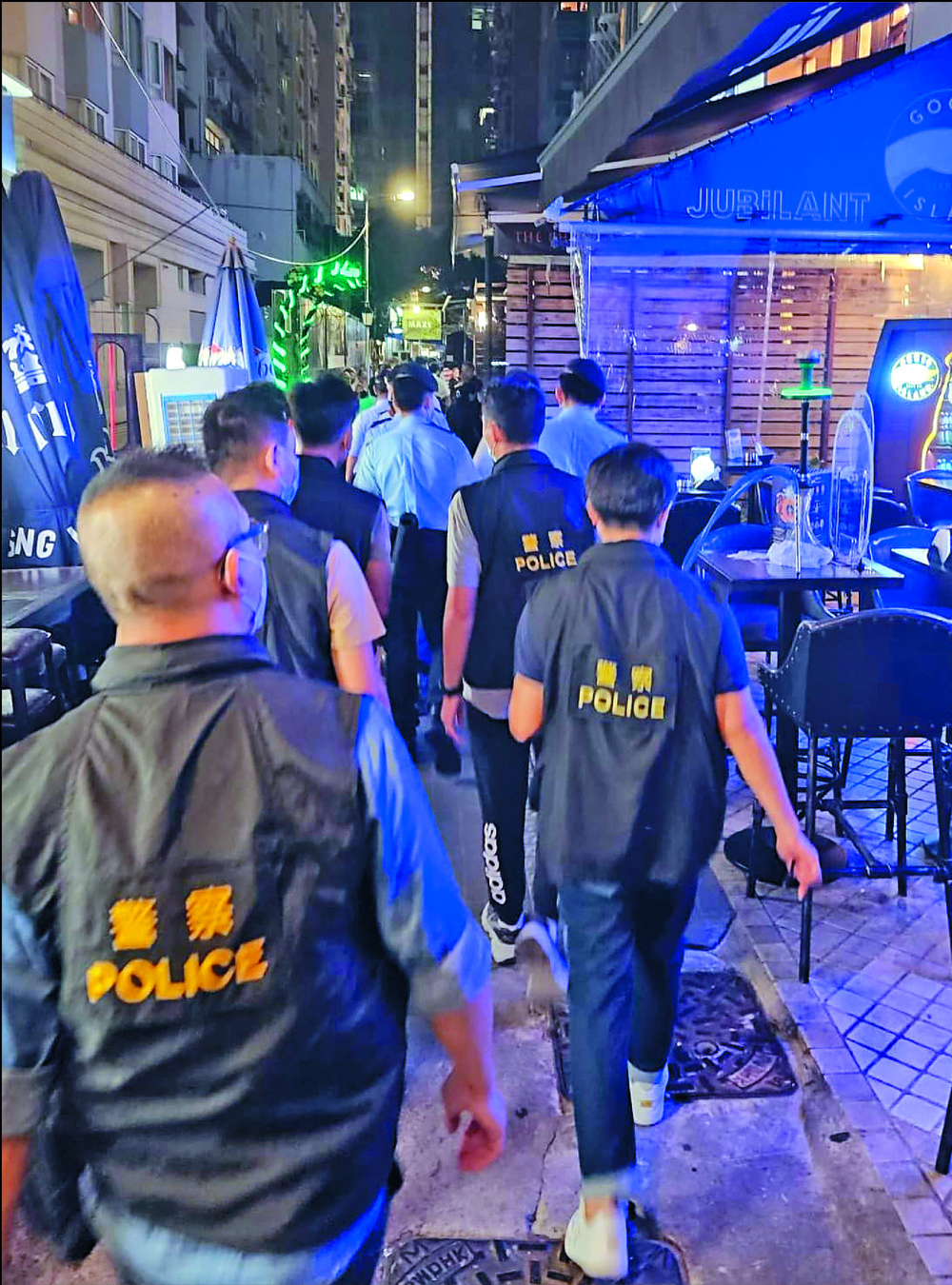 Hangover for bars in anti-Covid raids

Authorities collected at least HK$715,000 in fines over the weekend from 143 Covid rule defiers, with 126 from bars and 17 from restaurants.
That came with the Food and Environmental Hygiene Department and the police collaborating between Friday evening and the early hours of yesterday to find Covid regulation violators.

The 143 defiers, including staff and patrons, violated vaccine pass requirements, the customer-per-table cap, or not keeping their masks on when they were not eating or drinking.

Sixteen restaurants have been banned from providing dine-in services between 6pm and 4.59am, including three prohibited for three days, four for seven days and nine for a fortnight. Even during their dine-in hours, they can only cater to two customers per table.

Three bars have been ordered to close for 14 days and one for seven days. Their operators will also face prosecution.

The FEHD said a catering operator is liable for a maximum sentence of six months in prison and a HK$50,000 fine for failing to comply with vaccine pass requirements.

Patrons who defy the regulations are also subject to a HK$10,000 fine, but their liability can be discharged by paying a fixed penalty of HK$5,000.

A FEHD official reminded people to strictly comply with the regulations, including the vaccine pass codes.

"To reduce the risk of virus transmission in the community, [the FEHD] strongly appeals to all sectors of the community again to stay vigilant and comply with the relevant regulations on prevention and control of disease in a concerted and persistent manner," the spokesperson said.

"The FEHD has strengthened its publicity efforts and will continue to take stringent enforcement actions."

The government officers inspected block four of On Ning Garden in Tseung Kwan O, and 403 residents were required to do a mandatory test according to an earlier compulsory testing notice.

Officers found that nine failed to comply with the notice and slapped them with new mandatory testing orders, while three of them were fined HK$10,000.
#vaccine  #Covid
Add Comment