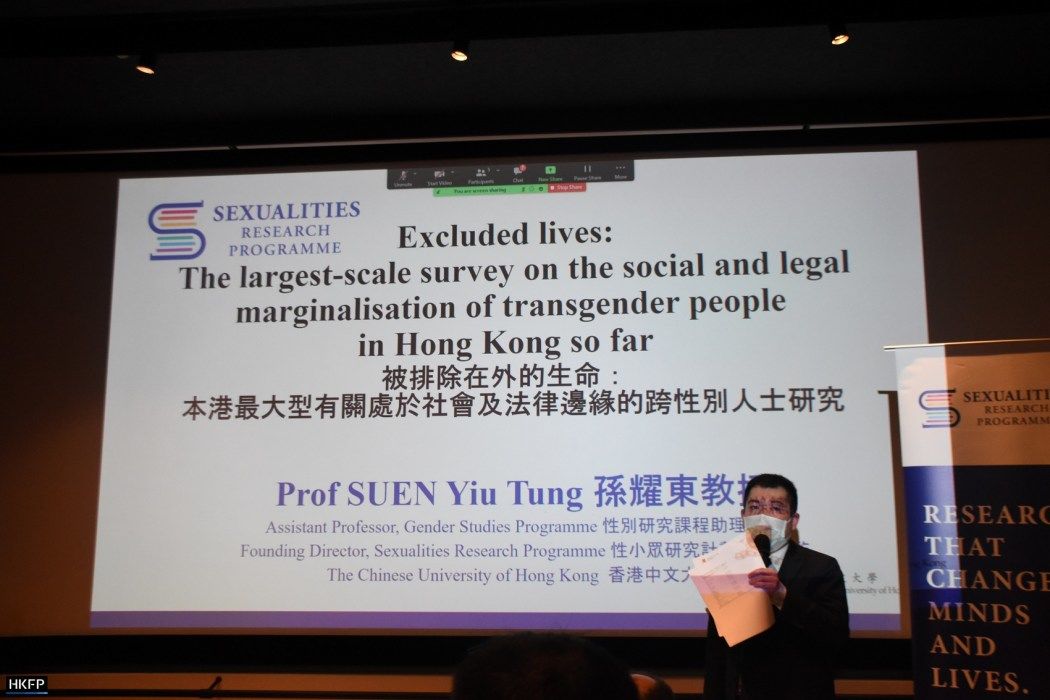 76 per cent of respondents said they felt rejected in their social lives, including by their family and friends. 76.9 per cent of transgender people surveyed had contemplated suicide.

One in two transgender people in Hong Kong has faced discrimination in their day-to-day life over the past year, according to a new survey published by the Chinese University of Hong Kong (CUHK) on Wednesday.

Professor Suen Yiu-tung and his research team surveyed 234 transgender people in Hong Kong between 2019 and 2020 and found that 51.1 per cent of respondents said that they had faced discrimination in their workplace, schools, businesses, or when accessing premises.

The survey was the largest in scale ever conducted in the city, according to Suen. It also found that:

*  76 per cent of respondents said they felt rejected in their social lives, including by their family and partners.
*  Close to two thirds of the interviewees also reported that they had experienced victimisation such as verbal or physical assault, unwanted sexual contact, and threats or blackmail by others to disclose their gender identity.
*  Over 40 per cent of the respondents also reported that they received negative treatment when crossing the border last year, such as excessive questioning by immigration officers on their identity documents.

Under current Hong Kong legislation, a transgender person can only change the sex entry on their identity card if they undergo full sex reassignment surgery. The law was reaffirmed in 2019 after the High Court dismissed judicial review cases brought by three transgender applicants.

The study also reported that transgender people may not want to undertake gender-affirming medial procedures because of financial reasons and concerns over surgical risk and techniques.

Suen said that the Hong Kong government’s “stringent” criteria for changing the sex entry on one’s identity card was only part of the issue in the city. 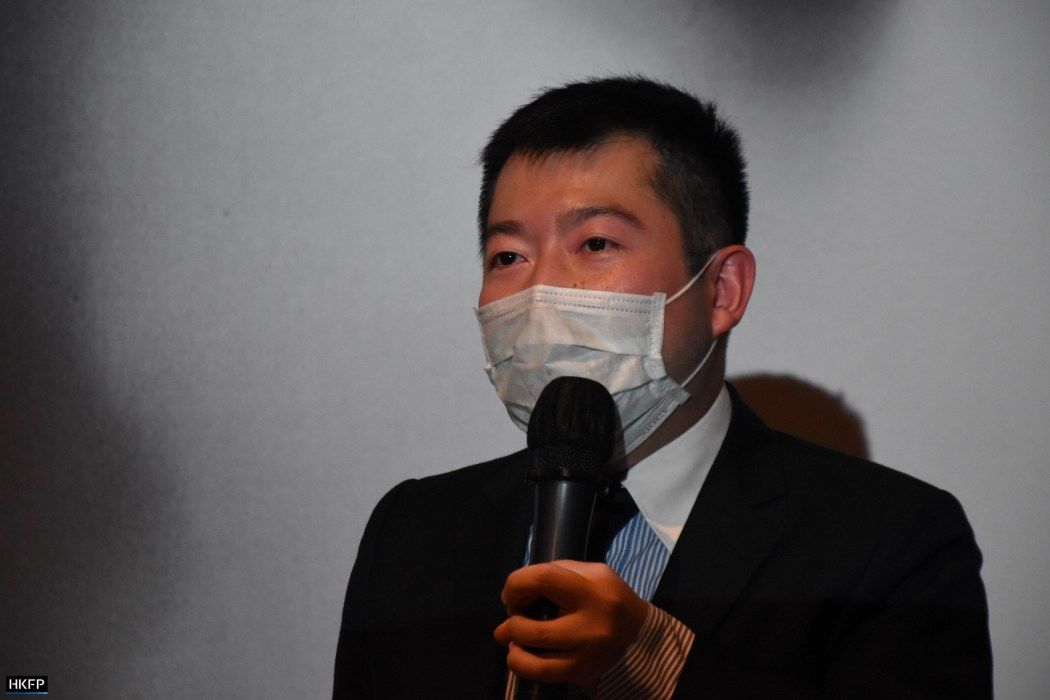 Professor Suen Yiu-tung launching the report on the largest-scale survey on transgender people in Hong Kong on May 12, 2021.

He also urged the government to improve education and raise awareness of transgender issues, as well as make changes in their policies and guidelines, including legislating against discrimination based on gender identity.

The government set up a public consultation on gender recognition in 2017, but no conclusions or reports have been published yet.

“‘A major challenge in LGBTI rights litigation is often the need to ground a claim with strong empirical evidence,” said Vidler. “This report… provides such empirical evidence and will be of great value for ongoing and future litigation to advance transgender rights in Hong Kong.”

“I think the political situation we find ourselves in Hong Kong, the makeup of LegCo (Legislative Council), means that social reform really can only be affected through judicial review,” said Vidler. 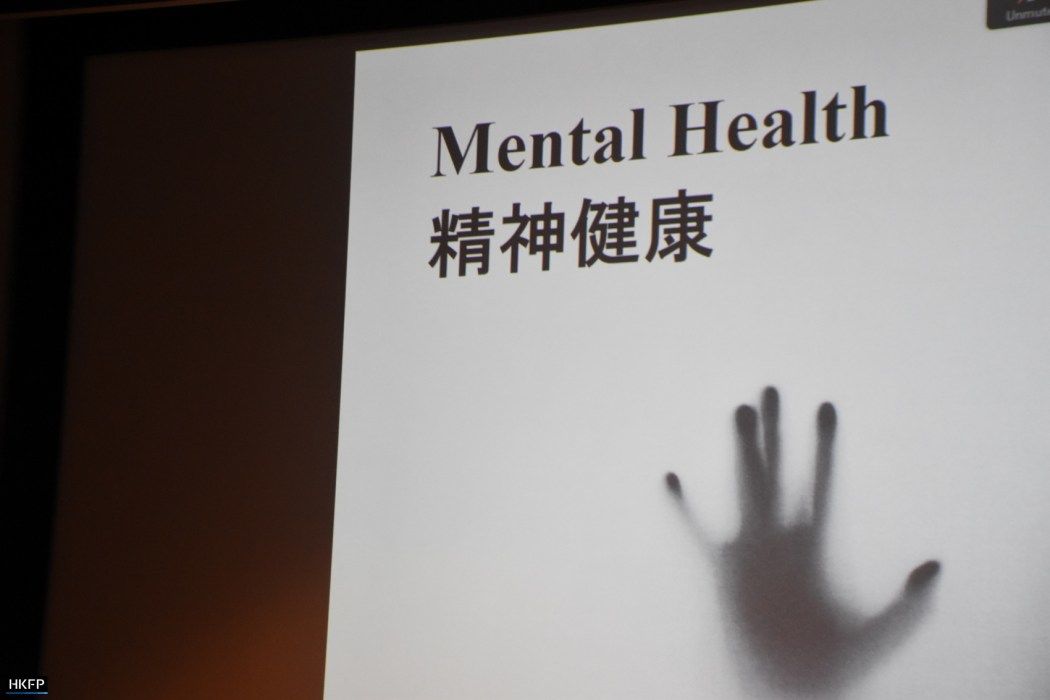 Suen said that transgender people often suffer from mental health issues not because of their own personal circumstances, but the “socially and legally unaccepted environment.”

The report also raised concerns over the availability of gender-neutral facilities in Hong Kong. About one-third of the survey’s respondents said that they had never used a bathroom which matched their gender identity.