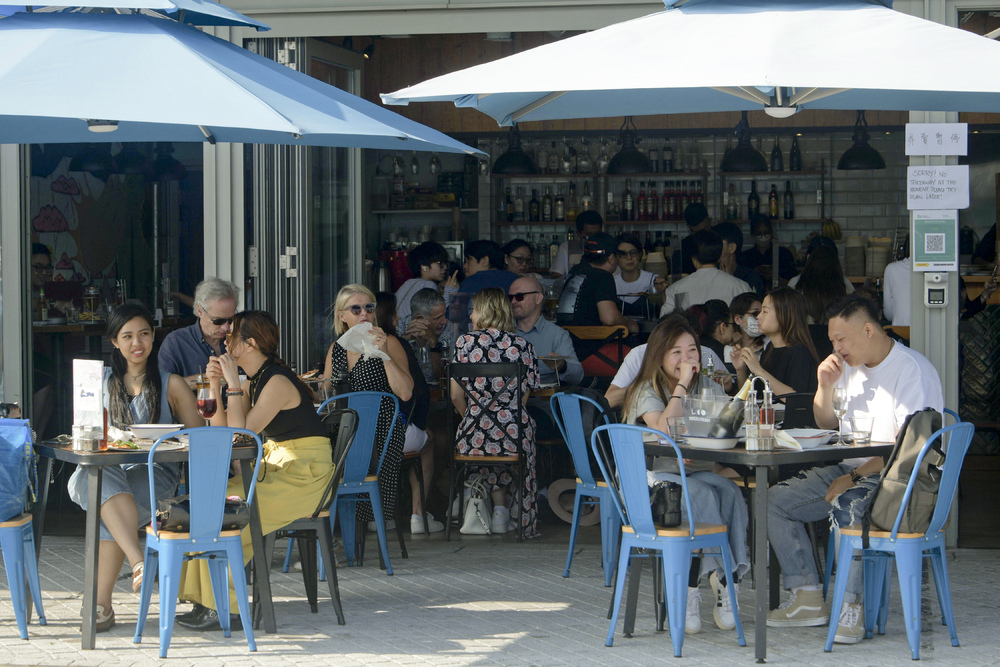 Half of restaurants have fired workers or asked them to take leave without pay in this first quarter of 2022, according to a survey by food delivery company Deliveroo.
The survey focusing on the performances of the catering sector in the first quarter of this year was conducted between March 29 and April 10. The data were released on Wednesday.

Results showed that the interviewed restaurants rated the level of satisfactory on their overall performances in the first quarter 5.3 out of 10 on average, marking a 0.1-point decease from the rating in the fourth quarter last year.

Around 40 percent opted for “drastic decline” while 32 percent ticked “decline” when asked about their revenue made from providing dining-in service.

On the other hand, about half of restaurants reported “slight” or “drastic” increase in revenue from providing take-away food.

Some 17 percent of restaurants said their overall profits remained the same as that in the fourth quarter of last year.

Yet, with citizens collecting their electronic consumption vouchers and the social distancing rules to be relaxed on Thursday, 34 percent of restaurants said they feel slightly optimistic about future businesses.

Thirty-two percent of restaurants also said they have faith in the overall economic environment.

Some 42 percent said they have plans to lay off workers or to ask them to take no-pay leave in the second quarter this year.

Four-fifth of restaurants believed the relaxation of Covid rules would be of help to catering businesses in the second quarter, while about 60 percent have faith that their revenues in the next three months will increase with the aid of the consumption vouchers.

Deliveroo Hong Kong's general manager Andrew Hui Chee-yin said he feels confident about the future of the catering sector as the society and the economy gradually recover from the Covid outbreak. He expected more policies to come in place to support the sector as well.
#Covid
Add Comment