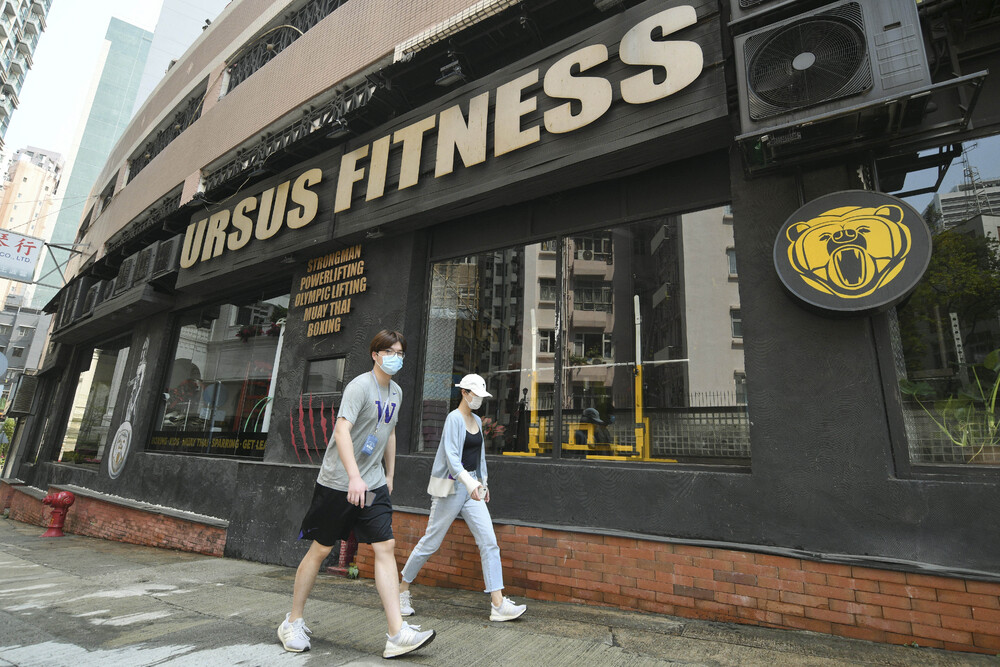 Hong Kong is expecting 40 new Covid-19 infections today, with the surge mostly coming from a rapidly expanding cluster at a gym on Hong Kong Island.
On Friday, authorities confirmed 47 additional cases tied to Ursus Fitness in Sai Ying Pun, taking the infected number of infected employees, customers and the close contacts, prompting another 360 people to undergo quarantine and 450 others to get tested for the disease.

Despite orders on all fitness center employees to undergo screenings by Sunday, health authorities were still wary of the outbreak ballooning to Mid-Levels buildings, international schools, major banks and law firms.

Authorities said at least 12 other fitness centers were recently visited by Covid-19 carriers, including Pure Fitness in Central and H-KORE venues in Central and Taikoo Place.

As of yesterday, a 34-year-old fitness coach who worked at the One Personal Training gym in Central had tested positive with the virus in preliminary screening.

The cluster at Ursus Fitness had triggered stricter measures at fitness centers across the city. In addition to the mandatory testing order, requiring gym members to wear masks while working out, a rule that was only applied to those in exercise groups prior to the outbreak.