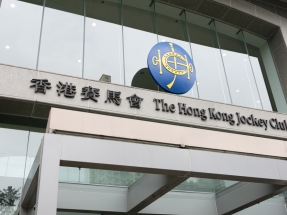 The upmarket gym chain Pure Fitness and the Hong Kong Jockey Club have both announced the closure of facilities for two weeks as concerns grow about a local outbreak of the Covid-19 virus.
Pure said on Friday it was closing all of its gyms and yoga centres across the SAR until April 2 after it was informed that several recently diagnosed coronavirus patients had used its gyms. It previously announced the closure only of three centres on Hong Kong Island.

The company did not say how many people had been diagnosed with coronavirus after using its facilities, but at least two patients are known to have used a club in Central. It said all of its premises would undergo a thorough, sealed deep-clean process.

The company said cardholders would have their membership suspended for two weeks with no charges to pay.

Meanwhile the Jockey Club said it was scaling back customer services at its two racecourses in Sha Tin and Happy Valley on non-race days. It's also closing the handful of off-course betting offices that it reopened.

For Sunday's meeting at Sha Tin, only owners with horses starting or pre-booked tables will be admitted.

Their guest will not be allowed in and they'll have to make health declarations, including that they haven't travelled outside Hong Kong or had contact with someone who has in the previous 14 days.

The club has continued to hold race meetings, with bets placed online or over the phone but no crowds at venues.
#COVID-19  #Covid  #Coronavirus
Add Comment