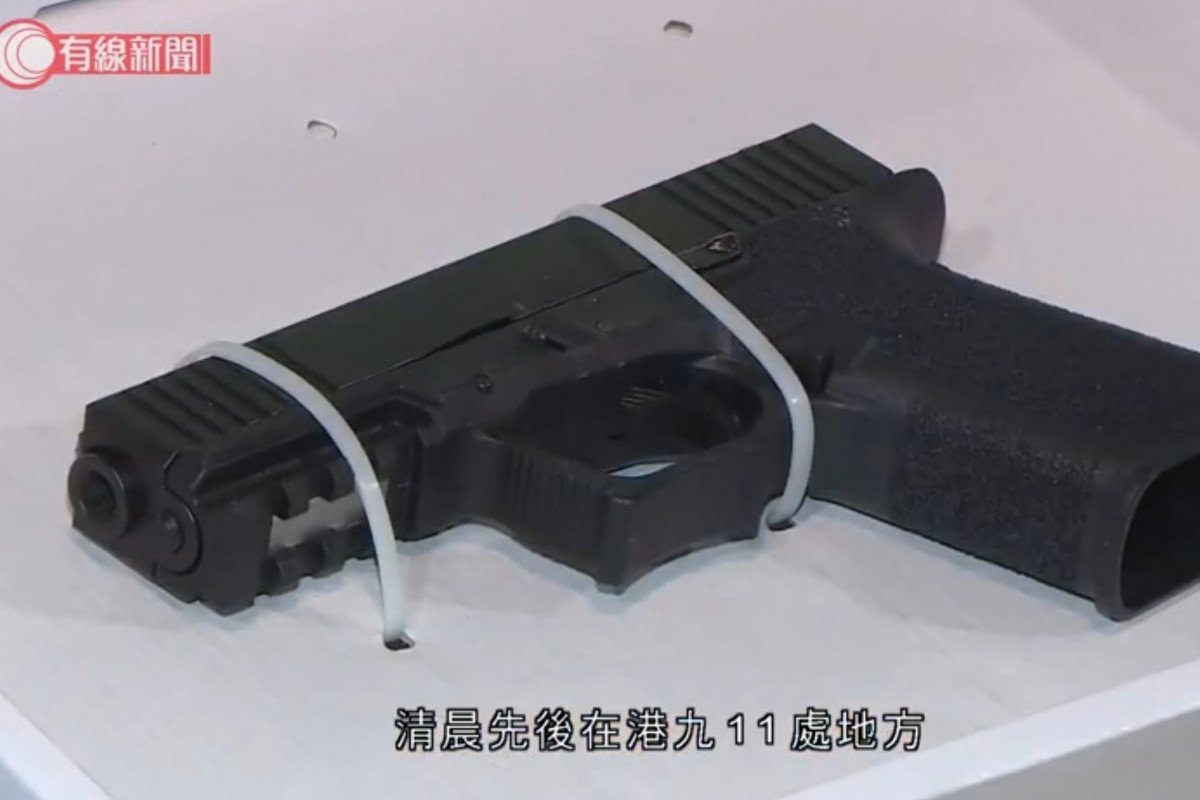 Five men charged with one count of conspiracy to wound with intent at Eastern Court, after police seized firearm on Sunday morning. Two face additional charge of possession of offensive weapons as court hears suggestions were made to place explosive devices along march route
Five Hong Kong men planned to station a gunman at a strategic site ahead of last Sunday’s anti-government march and “slaughter” police officers along the protest route, a court has heard.

The defendants charged at Eastern Court on Monday were among 11 suspects arrested a day earlier, in what police described as the first protest-related case where a gun had been seized.

The court heard suggestions were made on social messaging app Telegram to place two explosive devices on a section of Hennessy Road between Fleming Road and Stewart Road in Wan Chai, which demonstrators would walk past during the protest.

Maps outlining the conspiracy also showed a proposed gunman – not among the five who appeared in court – stationed nearby, whose task would be to draw police officers out and commence a “slaughter that would mark the first wave of attack,” senior public prosecutor William Siu Kai-yip told the court.

Ng faced an additional charge of possession of firearms and ammunition without a licence and possession of offensive weapons or other instrument fit for unlawful purpose.

The prosecution alleged Ng had kept a pistol, four magazines and 106 rounds of ammunition without the required licences at a flat in North Point. They also accused Ng of possessing a samurai knife and two sabre knives at the same flat, with intent to use them for unlawful purposes.

Cheung, who faced a similar second charge, was accused of having 11 extendable batons, four bottles of pepper spray, 13 ceramic plates used to make bulletproof vests, firecrackers and a laser pointer, stored in a warehouse in Tsuen Wan.

The defendants did not enter a plea as police needed more time for inquiries, including reviewing security footage, a forensic examination of the seized firearms and ceramic plates, plus DNA and fingerprint analyses.

Barrister Edward Poon Ting-bond, representing Wong, said his client had been punched and kicked by police officers who raided in his flat on the day of arrest. He added Wong had been given no opportunity to seek medical help after the assault.

Police were on high alert in securing the court premises. Masked and armed officers were outside the court to escort the vehicle carrying the accused.

Traffic officers were deployed as a lookout on every road to the court building, while police dogs were summoned to hunt for explosives.
Add Comment