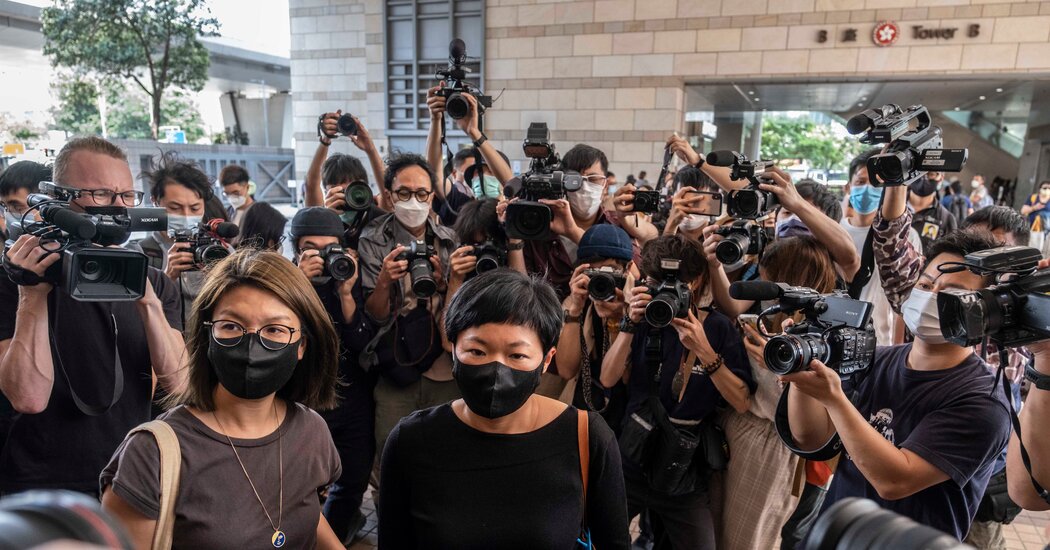 As China stifles dissent in the city, news outlets have found themselves in the authorities’ cross hairs.

Hong Kong’s police chief warned journalists they could be investigated for reporting “fake news.” A newspaper controlled by the Chinese government called for a ban on the city’s biggest pro-democracy news outlet. Masked men ransacked the offices of a publication critical of China’s Communist Party and smashed its presses.

Hong Kong’s reputation as a bastion of press freedom in Asia, home to journalism that is far more aggressive and independent than that found next door in mainland China, has been under sustained pressure for years.

Now, as Beijing moves to stamp out dissent in the city, the news media is under direct assault. Traditional pressure tactics, such as advertising boycotts, have been eclipsed by the sort of bare-knuckles campaign that could leave prominent journalists silenced and their outlets transformed or closed.

Recent targets include the freewheeling pro-democracy newspaper Apple Daily, whose founder was sentenced to 14 months in prison last week, and RTHK, a public broadcaster known for its deep investigations. On Thursday, one of the network’s prizewinning producers, Choy Yuk-ling, was found guilty of making false statements to obtain public records for a report that was critical of the police. She was ordered to pay a fine of 6,000 Hong Kong dollars, about $775.

“We seem to have turned some sort of a corner fairly recently,” said Keith Richburg, director of the University of Hong Kong’s Journalism and Media Studies Center. “Self-censorship is still an issue and not knowing where the red lines are, but now we see what seems to be more of a frontal assault on the media in Hong Kong.”

Beijing has long wanted to bring Hong Kong to heel. The city, a semiautonomous Chinese territory since the British handed back its former colony in 1997, played by its own set of rules. Residents enjoyed freedoms unseen on the mainland, including unfettered access to the internet, the right to protest and an independent press.

But after large demonstrations in 2019 convulsed the city and sometimes turned violent, China’s central government seized on the unrest to crack down. It imposed a tough national security law last year, criminalizing many forms of antigovernment speech. Then it made changes to Hong Kong’s election system, tightening the pro-Beijing establishment’s grip on power. 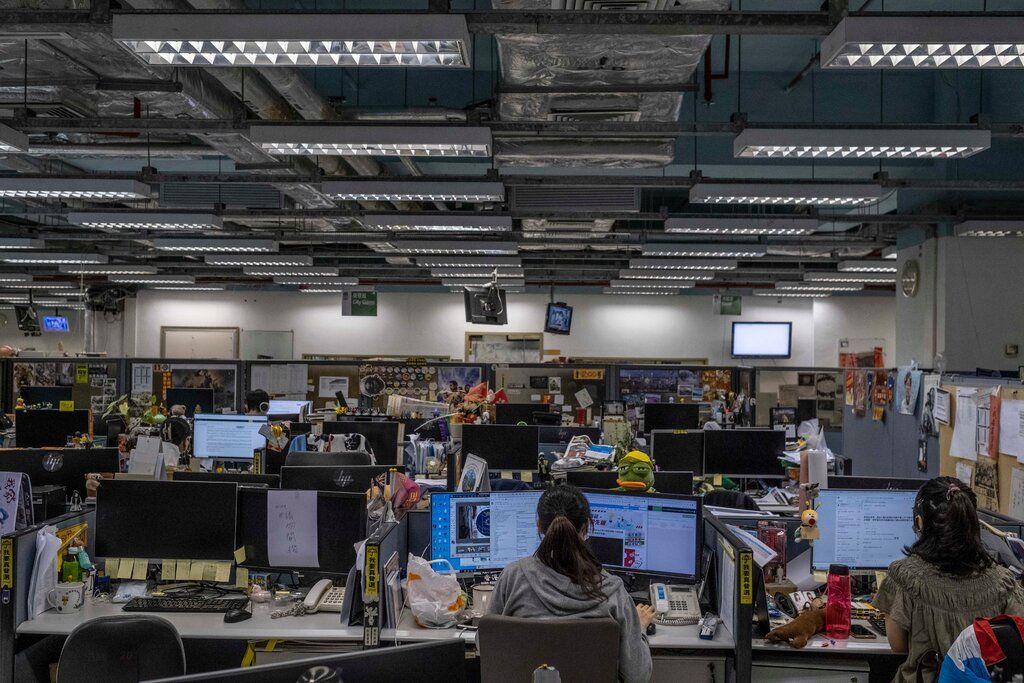 Pro-democracy lawmakers were removed from office. The protest movement was silenced. Activists were jailed. And journalists found themselves in the government’s cross hairs.

On Thursday, a Hong Kong court found that Ms. Choy, a freelance producer, had broken the law when she used a public database of license plate records as part of an investigation into a July 2019 mob attack at a train station, in which 45 people were injured. Activists have accused the police of turning a blind eye to the violence.

The journalist, who also goes by the name Bao Choy, helped to produce fine-grained documentaries for RTHK that examined who was behind the attacks and why the police were slow to respond. She was arrested in November and charged with making false statements about why she had used the publicly accessible database.

Ms. Choy said her case showed how the authorities were trying to crack down on the news media and restrict access to information that was once publicly available.

“I realized since my arrest it’s not my individual issue,” she said in an interview. “It’s a bigger issue of press freedom in Hong Kong.”

Press freedom groups have denounced Ms. Choy’s arrest and described it as part of a campaign of harassment. The Committee to Protect Journalists called the government’s case an “absurdly disproportionate action that amounts to an assault on press freedom.”

The case against Ms. Choy is the latest move against RTHK, Hong Kong’s leading public radio and television network, which for years offered hard-hitting reports critical of the government. The outlet’s charter grants it editorial independence, but as a government entity, it has little protection from officials who want to see it brought under stricter control. Regina Ip, a pro-Beijing lawmaker, said last week that the government should consider closing it altogether.

Just months after the national security law was passed, the Hong Kong government called for RTHK to be more tightly supervised by government-appointed advisers.

The head of RTHK, a veteran reporter and editor, was replaced in February by a civil servant with no journalism experience. Under that new leader, Patrick Li, two radio programs known for their lively political commentary were suspended.

Episodes of a television program focusing on the city’s electoral overhaul and two documentary programs were pulled hours before they were scheduled to air. One program about student activists was canceled after the broadcaster said it did not meet standards of fairness and impartiality and included an inaccurate description of the national security law. 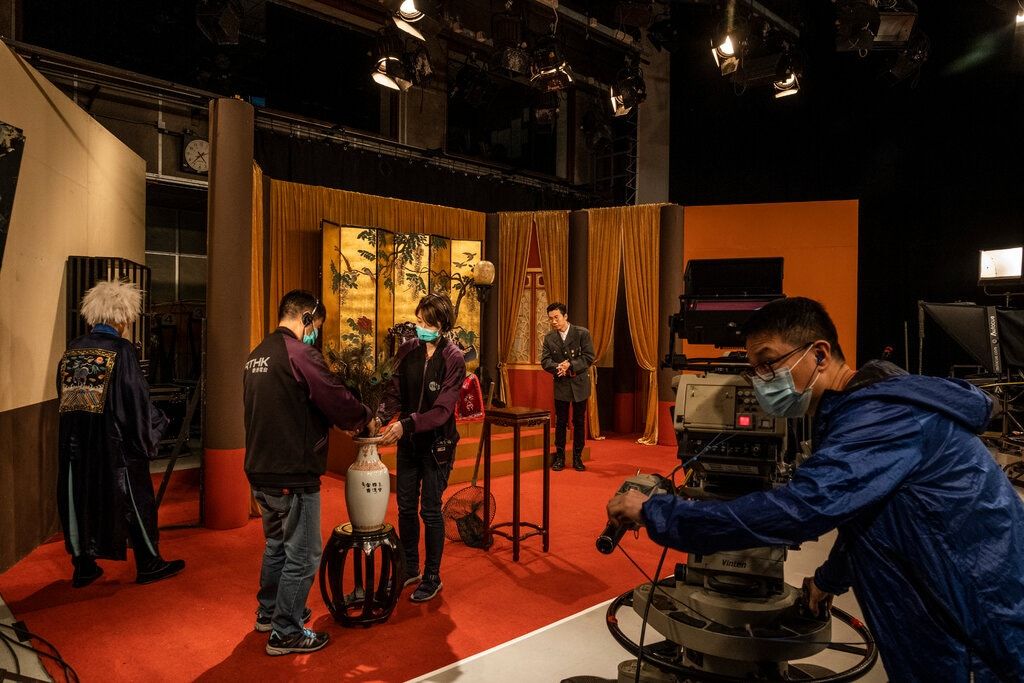 “Headliner,” a long-running satirical program on RTHK, was taken off the air last year after being criticized by the Hong Kong authorities.

Journalists for RTHK said they have been warned their pay could be docked to cover the costs of censored programs. The broadcaster’s journalists are uncertain about where the new limits are and how to go about their work, current and former employees said.

Reporters Without Borders, the media freedom advocacy group, said on Tuesday that the security law posed a threat to journalists and that RTHK was “being subjected to a full-blown intimidation campaign by the government with the aim of restricting its editorial autonomy.”

The Hong Kong government dismissed the claim that RTHK was being targeted and said it was “appalled” by the suggestion “that people with a particular profession should be immune to legal sanctions.”

International news outlets have also come under pressure in Hong Kong. An editor for the Financial Times was forced to leave the city in 2018, in apparent retaliation for his role in hosting a talk by a pro-independence activist. The New York Times has moved a number of editors from Hong Kong to Seoul, in part because of problems renewing work visas.

Epoch Times, a newspaper linked to the Falun Gong spiritual movement, which is banned in mainland China, has dealt with even blunter attacks. On April 12, four men stormed the paper’s printing plant, smashing presses and computers. The newspaper said no one was injured and it was able to resume publication soon after.

“Epoch Times is not afraid of violent coercion,” Cheryl Ng, a spokeswoman, said in a statement.

Perhaps the most prominent target thus far has been Jimmy Lai, the outspoken critic of the Chinese Communist Party who founded Apple Daily, the pro-democracy newspaper. He was sentenced to 14 months in prison last week after being convicted of unauthorized assembly in connection with two protests in 2019. But his legal jeopardy is far from over. 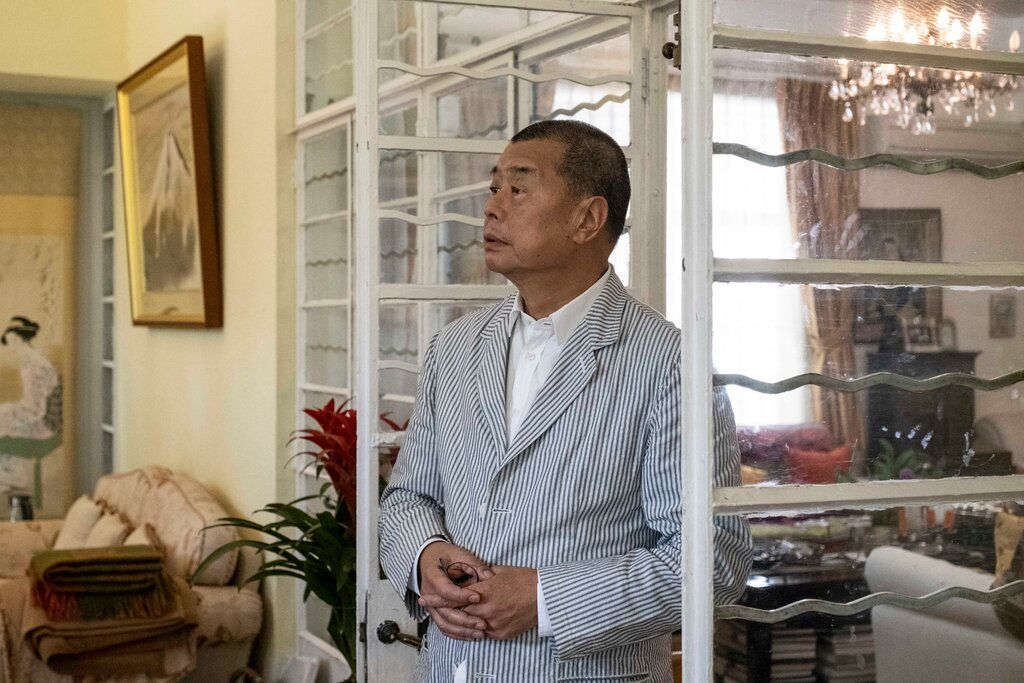 Apple Daily’s newsroom was raided by the police last year, and Mr. Lai faces charges related to the national security law for allegedly calling for American sanctions against Hong Kong. Under the law, crimes “of a grave nature,” an intentionally ambiguous term, carry sentences of up to life imprisonment, but it is unclear whether the charges he faces would fit under this provision.

The authorities have not been shy about threatening journalists. They have made their opinions known in the pages of state media, on the floor of the local legislature and from police headquarters.

State-controlled newspapers in Hong Kong have escalated their criticism of Apple Daily, calling for it to be regulated or even closed under the national security law.

Ms. Ip, the pro-establishment lawmaker, made clear to RTHK journalists what she believed their role was. In a legislative session last week, she said a reporter for the outlet should be willing “to be a government mouthpiece.”

Nevertheless, many reporters say they will not be cowed by the government’s efforts to stifle their reporting.

“Some are disillusioned,” said Gladys Chiu, the chairwoman of the RTHK Program Staff Union. “But some feel there is still space to fight for.” 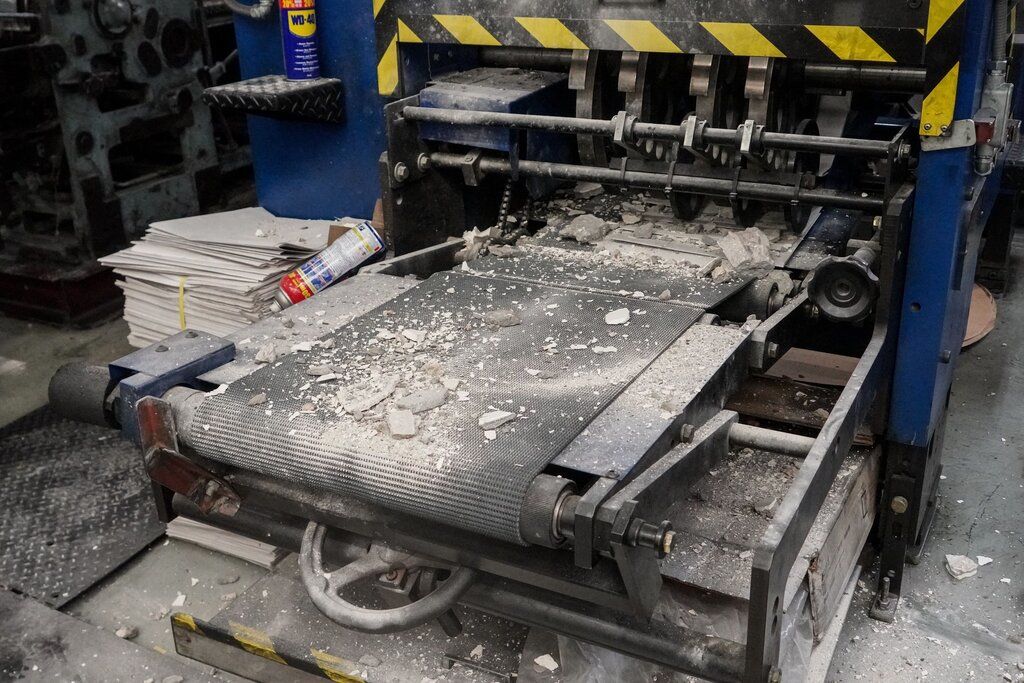 A photo released by Epoch Times showing damage done to its presses by masked men on April 12.