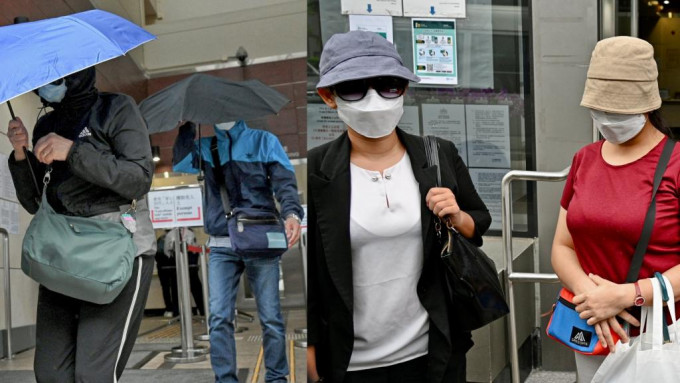 Guilty plea for nurse and housewife over false vaccination records

A 34-year-old nurse and a 42-year-old homemaker on Thursday pleaded guilty to conspiracy to defraud after the nurse helped the homemaker and five others obtain vaccination records from authorities without actually receiving the shots.
The nurse Carmen Ho Ka-man and homemaker Liu Hoi-yan appeared before principal magistrate Bina Chainrai in the Kwun Tong Magistrates' Courts today. The duo will be sentenced on September 27 and is now remanded in custody.

All seven of them were jointly charged with two counts of conspiracy to defraud by the ICAC for obtaining vaccination records by making false representations of having received Covid-19 vaccine doses.

The prosecution dropped the charge against Liu's parents and the domestic worker after they admitted the brief facts of the case. The trio was allowed to sign a 12-month bind over order at HK$2,000 each.

On the other hand, both Cheng Ngai-yee and Cheng Sze-wai pleaded not guilty to the charge. Their trial has been adjourned to September 26.

In mitigation, the lawyer said Ho only wanted to help the other six defendants, and she was not paid for issuing the false vaccination records. The lawyer continued that Ho once witnessed her colleague pass out during work and suspected that had something to do with the vaccine.

Before this case, Ho was a registered nurse earning HK$40,000 monthly. She had lost her job already and regretted her crimes, the lawyer added.

The court heard that Liu told Ho about her worries about the vaccine's side effects and her restricted freedom following the implementation of the vaccine pass arrangement. Ho offered to issue the Liu's vaccination records without actual inoculation, and Ho agreed.

On February 20 -- four days before the arrangement came into effect -- the Liu's and the domestic worker headed to the vaccination center in Kowloon Bay Sports Centre and were issued the vaccination records by Ho without receiving the shots.