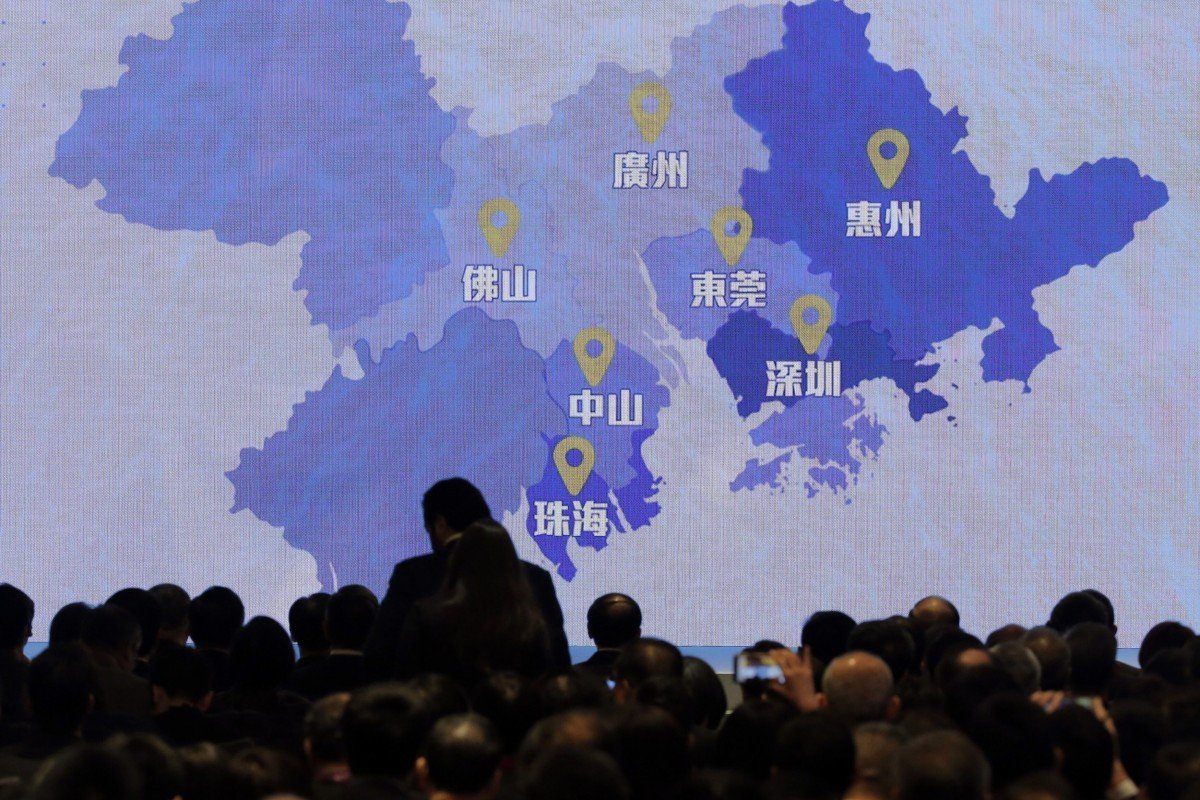 The cluster of 11 cities, with a combined population of 72 million residents and an economy estimated at US$1.65 trillion – equivalent to the world’s 11th-largest economy behind Canada and ahead of Russia, if it were a stand-alone entity – provides a potential market 10 times the size of Hong Kong.

The Greater Bay Area (GBA) of southern China can provide Hong Kong with the potential market and the growth driver for taking the city’s economy out of its worst recession in decades, and a grant by local authorities to funds start-ups is still up for grabs, said Financial Secretary Paul Chan Mo-po.

As job prospects dim amid Hong Kong’s recession, up to 4,000 young people can reach for the HK$100 million (US$13 million) grant set aside
to fund as many as 200 start-ups throughout the 11 cities that make up the GBA. Disbursement of the fund, set up last year, was disrupted by the Covid-19 pandemic. Similar programmes are available in Zhaoqing and other GBA cities to nurture start-ups.

“A key advantage of the GBA development is [its potential] to expand the living and development space of Hong Kong residents,” Chan said in a 15-page reply to query by South China Morning Post. “As a ‘one-hour living circle’ within the Area has basically been formed, the choices of living, working and studying in the other cities of the GBA have become viable for more people in Hong Kong.”

The cluster of 11 cities, with a combined population of 72 million residents and an economy estimated at US$1.65 trillion – equivalent to the world’s 11th-largest economy behind Canada and ahead of Russia, if it were a stand-alone entity – provides a potential market 10 times the size of Hong Kong. 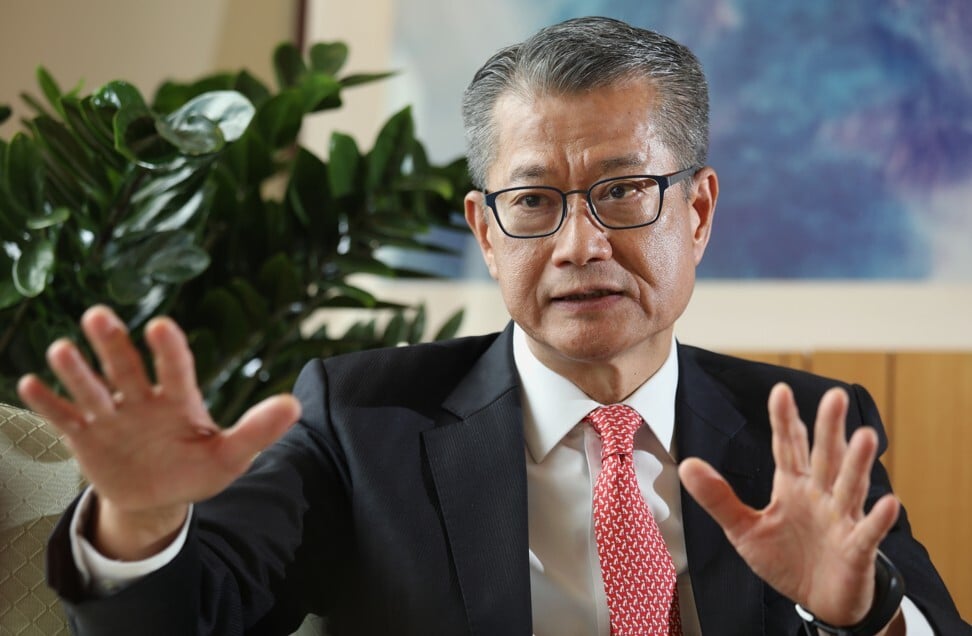 Hong Kong’s Financial Secretary Paul Chan Mo-po during an interview at the Central Government Offices, in Tamar on 11 June 2020.

There is also ample land, and access to labour that can ease the two biggest headaches for most start-ups: real estate prices and staff cost. Combined with cultural familiarity and a shared dialect, Hong Kong is in a unique position to take advantage of the GBA’s benefits, Chan said.

The GBA project was first announced in 2016 by the Chinese government to spearhead growth and innovation in the nation’s traditional manufacturing and innovation hub. The ambitious project would connect all 11 cities including Hong Kong and Macau with transport infrastructure including a high-speed rail network, and allow financial services from banking to wealth management to be liberalised within the area’s geographic limits.

The network of highways, railway links and bridges has slashed the overland travel time between Hong Kong and GBA cities, taking as little as 15 minutes to reach Shenzhen from Kowloon, compared with several hours years ago. This creates the possibility for Hong Kong residents to continue living in the city, but work throughout the GBA, or vice versa. 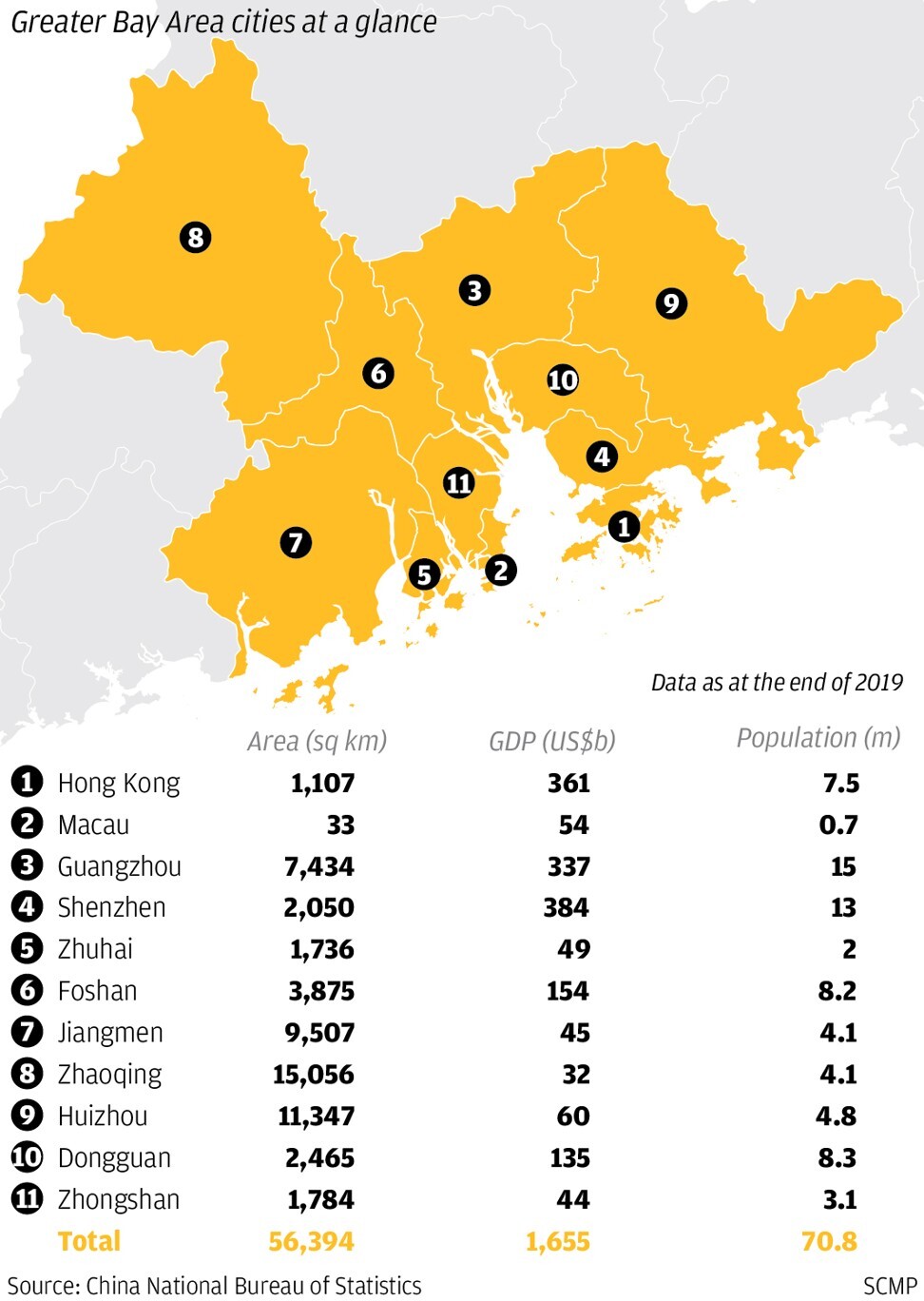 Guangzhou, the provincial capital of Guangdong, the crucible of the GBA, took the lion’s share of Hong Kong’s investments, with US$163.58 billion of capital, followed by the manufacturing hub of Dongguan at US$59.67 billion. Zhuhai, located across a narrow waterway from Macau, had US$37.96 billion of Hong Kong investments. 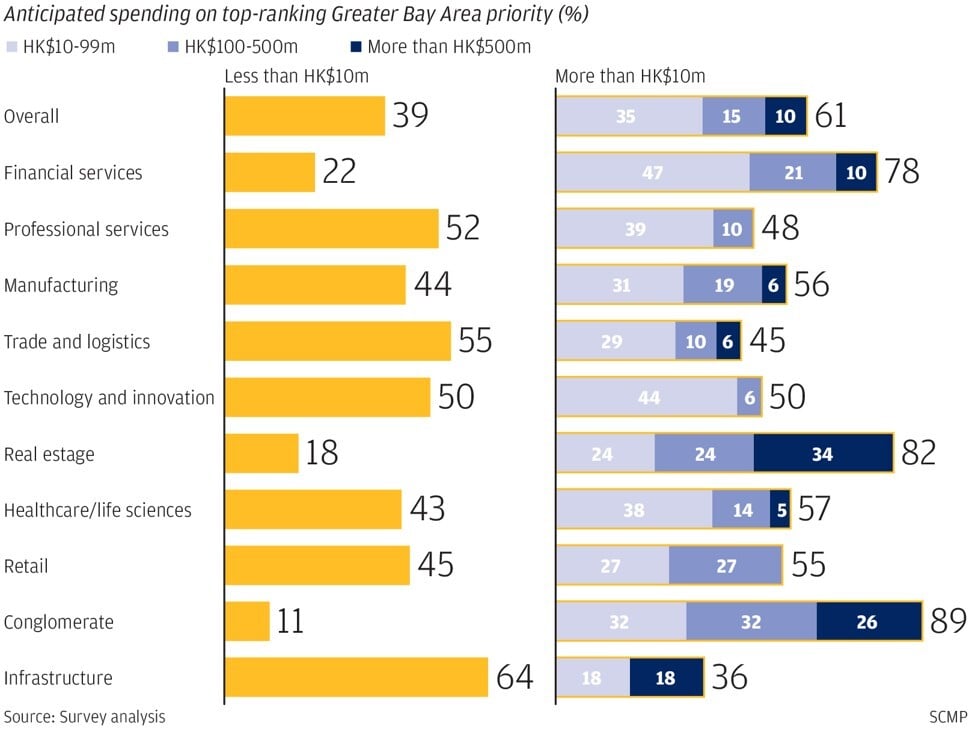 “We can identify new growth engines through the development process for the long-term competitiveness and prosperity of our city,” Chan said. China’s economy returned to growth in the second quarter after becoming the first major country to emerge from coronavirus lockdown.

Chan said the government has been working with the mainland counterparts to implement the Wealth Management Connect. The cross border investment scheme announced in June will allow people in the GBA to buy investment products cross the border via banks.

“This will bring enormous business opportunities to the entire financial industry in Hong Kong and reinforce Hong Kong as an offshore yuan business hub,” Chan said. 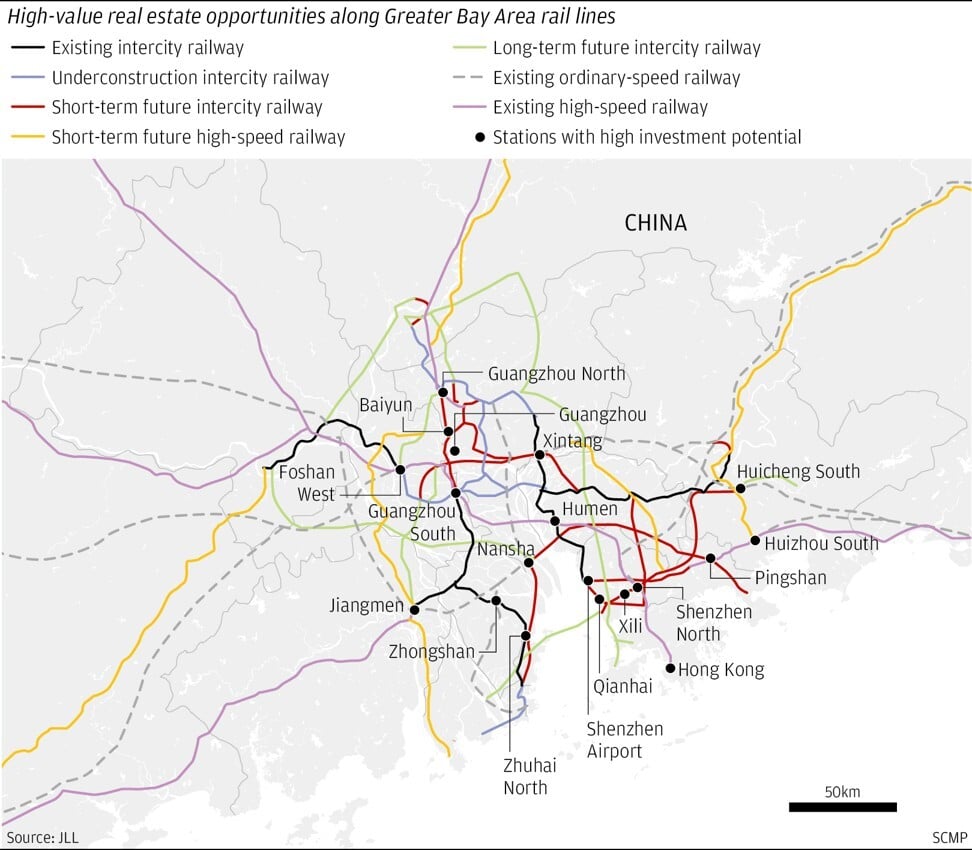 The GBA offers jobs and business opportunities very much needed by Hong Kong, which has recorded worst recession on record after one-year-long anti-government protests, US-China trade tensions and the Covid-19 pandemic.

The financial chief earlier predicted the city’s economy would shrink by up to 8 per cent this year following a 9 per cent drop in the second quarter. The unemployment rate for May to July – the most recent figures – stood at 6.1 per cent, according to government data.

“The Hong Kong Government accords top priority to economic recovery after the Covid-19 pandemic, and we believe that the development of the Greater Bay Area will be a shot in the arm for Hong Kong‘s economy,” Chan said. “With the backing of the mainland’s and GBA’s economies, Hong Kong will get out of the current economic downturn and have its growth momentum reinvigorated.”