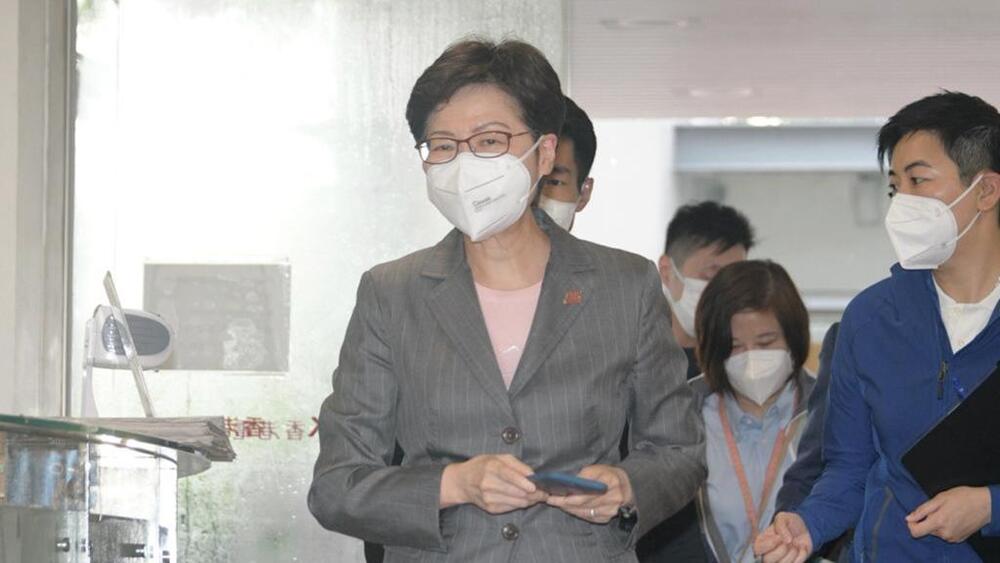 Hong Kong's outgoing leader Carrie Lam Cheng Yuet-ngor said what happens in the city after July 1 has nothing to do with her, as her term is to end at the end of this month. She said she felt great relief, and that there is nothing to regret.
Lam hoped to get more rest after July 1 and she was proud of her career in the civil service. "Joining the government was a great experience," she said. "Serving the public and developing Hong Kong brought me great satisfaction."

Lam said many people still focus on the anti-amendment protest and Covid-19 pandemic during her term, which she thought was "up and down" like riding on a roller coaster.

She said she has done a lot of work during her term of office, including the opening of several infrastructure projects such as high-speed rail and the Hong Kong-Zhuhai-Macao Bridge. She had also planned for the Greater Bay Area development, but unfortunately she could not continue working on it in the second half of her term, mainly because she could not leave the city due to the epidemic.

For example, during the Hong Kong National Security Law drafting, she, together with the Secretary for Justice and the Secretary for Security, had reflected many views to the central authorities, of which most were accepted. Otherwise, there would be many difficulties in implementing a national law in Hong Kong immediately.

She also said most Hong Kong people love the country and were proud to be Chinese, as long as it does not involve politics or stuff that can easily be distorted to curb the freedom of Hongkongers. Therefore, she said the city in the future had to enhance the knowledge of the country and national pride in youth education.

As for the immigration issue, Lam said citizens decided to leave Hong Kong may be attributed to no free travel for long amid the pandemic. On the other hand, some places use the so-called national security law and freedom issues to introduce measures to attract talents and pretend to be lenient to Hong Kong people to move there.

However, it was not too worrying as the most crucial thing is Hong Kong was still attractive to domestic and foreign talents. She is optimistic about the future, and that the city's advantages could not be easily replaced.
#COVID-19  #Covid
Add Comment