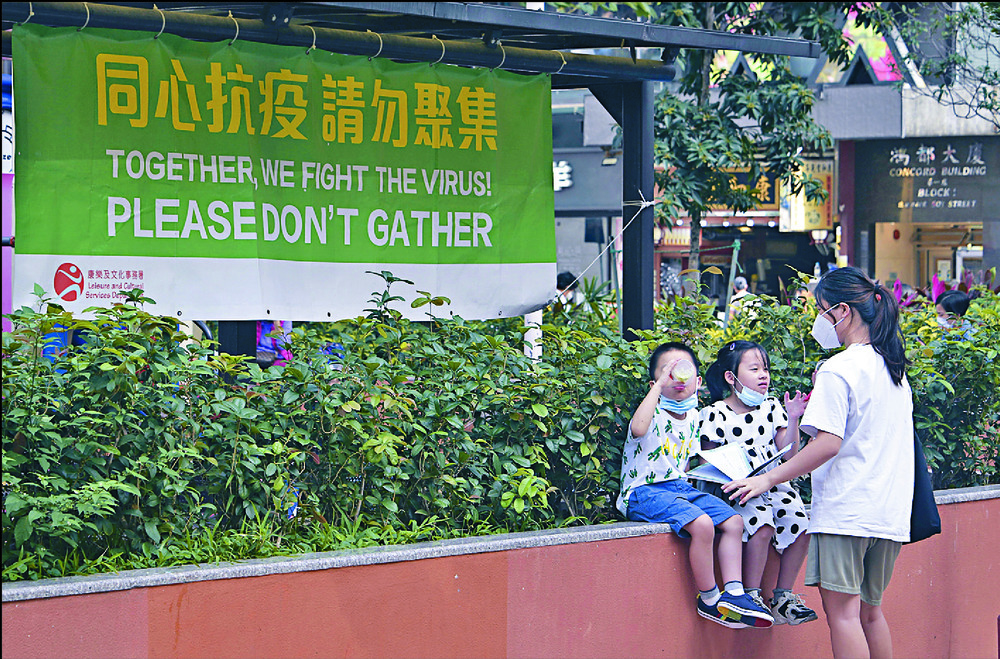 Hong Kong yesterday reported 119 Covid deaths and 6,646 new infections in a sixth consecutive day of daily caseloads falling under the 10,000 level.
However, undersecretary for food and health Chui Tak-yi said the numbers were obviously still more serious than during the previous four waves and reminded people to avoid flocking to graveyards and columbaria over the weekend and on Ching Ming Festival on Tuesday.

"Daily infections nowadays are over 40 times higher than the highest daily tally of 149 during the fourth wave last year," he said.

"At the moment, a single superspreading event can easily trigger a return to the worst days of the fifth wave," he said, adding people should observe strict social distancing and refrain from cross-family gatherings.

On the city's vaccination coverage, Chui said over 270,000 elderly aged 70 and above have not yet taken the jabs.

"We hope to push vaccine coverage in people aged 70 and above to 90 percent by the end of April. I hope families with elderly people can persuade their elders to get the jabs," Chui said.

A platform to issue vaccine exemptions for recovered Covid patients is still in the works, he said, and can hopefully be launched next month.

The head of communicable disease at the Centre for Health Protection, Chuang Shuk-kwan, said the 6,646 new cases included 2,859 picked up in PCR tests and 3,787 in rapid antigen tests. And seven cases were imported.

The Hospital Authority's chief manager for patient safety and risk management, Sara Ho Yuen-ha, said 102 Covid patients aged between 56 and 105 died in hospitals on Wednesday, taking the SAR's toll in the fifth wave to 7,612. Of these, 53 were care-home residents and 67 unvaccinated.

As of Wednesday, the Hospital Authority has prescribed oral Covid drugs from Pfizer and MSD to over 21,600 patients.

Also from Wednesday, mild elderly Covid patients who were directly transferred from care homes to seven holding centers operated by the Social Welfare Department could also be prescribed with the oral drugs.