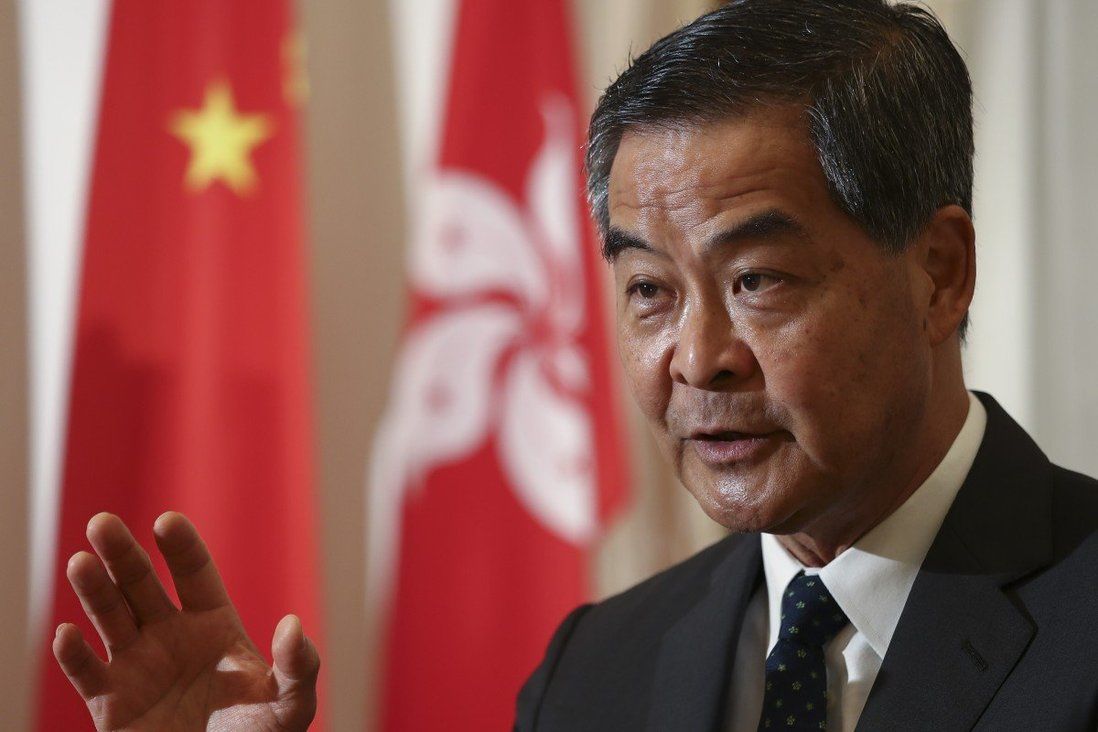 Grab opportunities offered by China or be left behind, CY Leung tells Hongkongers

Even some poor and remote areas on the mainland are thriving a lot more than certain parts of Hong Kong, Leung says.

Former Hong Kong leader Leung Chun-ying has urged the city’s residents to seize opportunities brought about by the country’s development blueprint for the next five years, warning this could be their last chance to catch up with mainland China.

Leung, now a vice-chairman of the Chinese People’s Political Consultative Conference, also said even some poor and remote areas on the mainland were thriving a lot more than certain parts of Hong Kong. He sounded the call on Monday at a seminar on China’s 14th five-year plan. The blueprint was endorsed in March by the country’s top legislature, the National People’s Congress.

“The opportunities that are offered in the next five years, I can honestly say, could probably be the last such offers for Hong Kong people,” Leung told the seminar, organised by the Chinese Manufacturers’ Association of Hong Kong.

“It is partly because of the incidents in the past two years, and also because of the high speed development of the mainland,” added Leung, suggesting Hong Kong’s progress had been dragged down by the social unrest and coronavirus pandemic, further widening the gap between both places.

He said he had travelled to many rural parts of the country and found they were all beautiful and organised. “I visited the New Territories yesterday and it was not even comparable to things in the poor and remote areas of the country,” Leung added.

The 14th five-year plan is an action agenda for the social and economic development of China over the next five years, from 2021 to 2025.

The plan seeks to support Hong Kong in enhancing its status as a global financial, transport and aviation and trade centre, as well as to deepen cooperation with neighbouring Shenzhen as a major element of the Greater Bay Area development. The blueprint will also involve improving policy measures to allow Hongkongers to work and live on the mainland.

To be able to catch up with the mainland, Leung said, young Hongkongers should cross the border more to witness for themselves the country’s development.

He also urged Hong Kong businessmen to tout advantages of the city to their mainland counterparts, while at the same time promoting mainland opportunities to city residents.

Leung said: “Only if we can grasp the opportunities offered, and not just sit back to wait, I believe Hong Kong will still have much room for development and a strong growth momentum. And at the same time, we can also show the country that Hong Kong can still contribute to national development in the new era and that we can still make a positive impact and have value.”